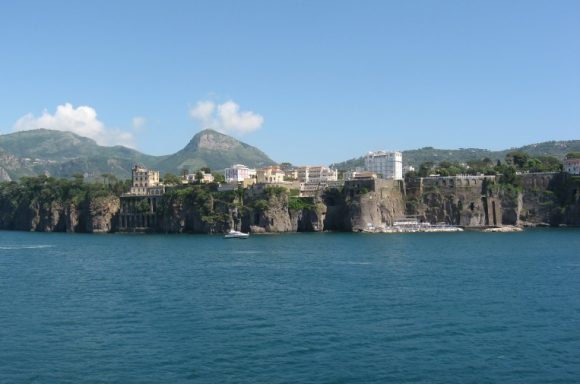 We arrived on the Italian coast this morning and are staying on board ship in the Bay of Naples just outside of Sorrento. The views of the Bay are fine examples of the sea and mountains that dominate this part of the Mediterranean. Sorrento is a beautiful romantic city that rests on a cliff overlooking the Bay.

We spent three hours touring Pompeii which was destroyed by an eruption of Mt. Vesuvius in 79 A.D. The entire city was covered in ash in a matter of hours and all life ceased and was frozen in time. The most striking feature of the excavated ruins is its size – over 120 acres, much of which is still not unearthed. On our tour we went down Pompeii’s main street, saw the amphitheater, a gladiator training ground, baths, houses, and the forum from which there is a magnificent view of Mt. Vesuvius. There are also the images of ash-covered bodies that have been preserved by a process of drilling holes into the harden ash and pouring plaster into the cavity where the bodies have since disintegrated.

It was a lot to take in! 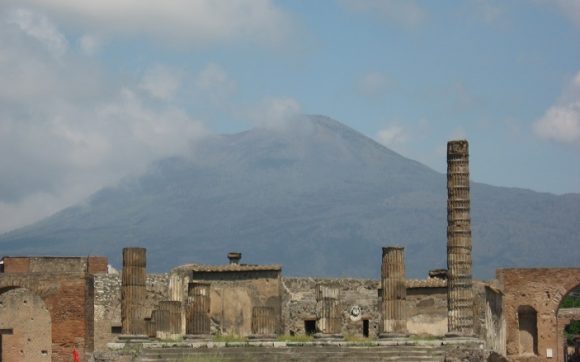 Mt. Vesuvius from the Pompeii Forum 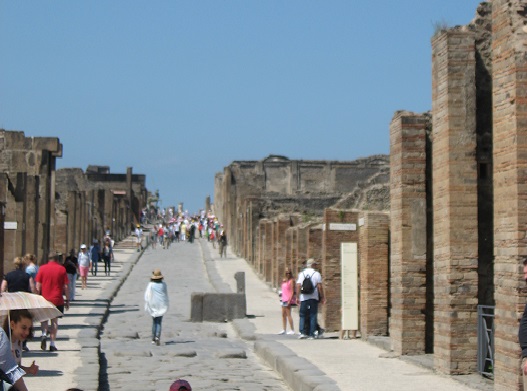 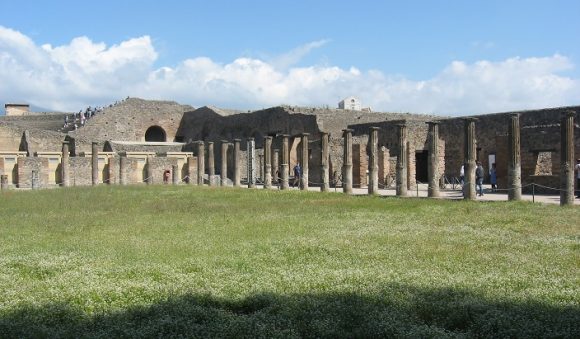 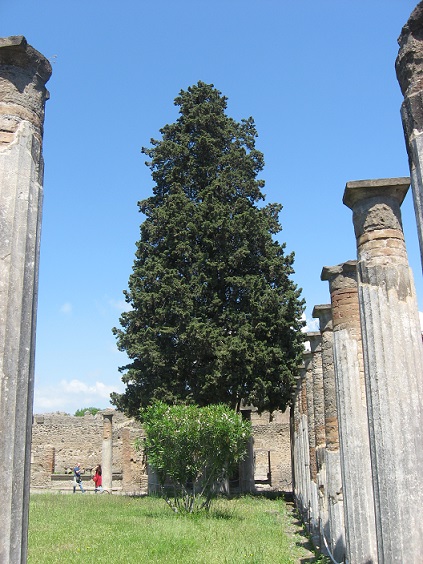