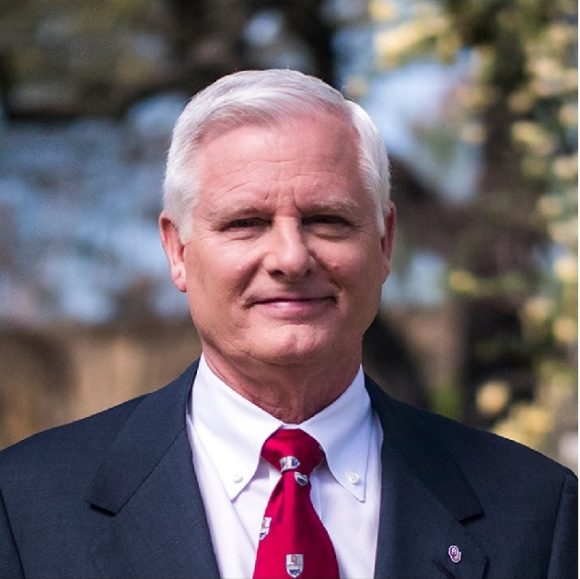 Clayton I. Bennett, chair of the university’s Board of Regents, which approved the appointment in a special meeting on Monday morning, said the president-designate is “a builder known for having strategic vision, for managing large and complex organizations, and for mentoring and inspiring great teams to achieve results.”

“Jim’s skill set,” he continued in a written statement, “is a perfect match for this unique time in our history.”

Also in its news release, the university praised Gallogly’s most recent work, as chairman and chief executive of the chemical company LyondellBasell. “He and his team guided the company out of bankruptcy in record time and successfully repositioned it as one of the world’s largest petrochemical, polymers, and refining companies, with 2014 revenues of $45.6 billion and earnings of $4.1 billion (the year preceding his retirement).”

“I’m here because I love the University of Oklahoma,” Gallogly said in the written statement. “It’s a privilege to be part of the university, and I will work tirelessly with our outstanding students, faculty, and administration as we achieve new standards of academic excellence.”

Gallogly has also made big donations to Oklahoma, and to the University of Colorado, where he earned his undergraduate degree. The University of Oklahoma’s engineering school is named for Gallogly’s family.

Gallogly is not the only oil executive who was being considered to lead a major university in the region. The Wall Street Journal  reported last week that the University of Texas system was courting Rex Tillerson, the recently ousted secretary of state and former Exxon executive to be its next leader. While no formal offer has been made, Tillerson is open to the idea, according to the Journal.

Gallogyl and Tillerson seem to be good fits for their respective institutions.