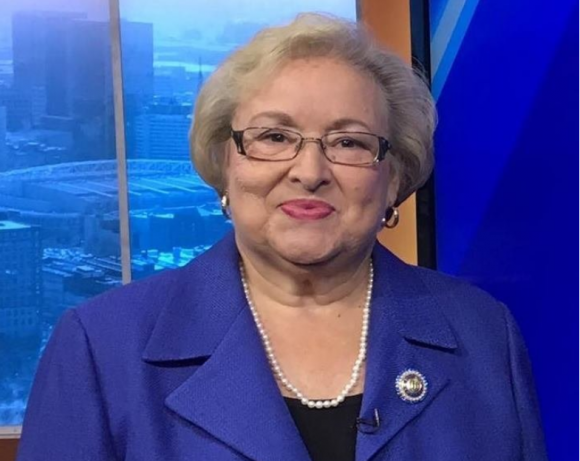 “Linda Belcher’s “lifelong commitment to bettering her community and her door-to-door campaign showcased her dedication to standing up for Kentuckians,” Jessica Post, executive director of the Democratic Legislative Campaign Committee, said in a statement. “She will work hard on behalf of working families, students, and the people of Bullitt County.”

Belcher is no stranger to the 49th District, which is in Bullitt County, just south of Louisville. Belcher represented the district from 2009 to 2012 and again from 2014 to January 2017, after being defeated in the 2016 election by a narrow margin.

The special election was prompted by the December death of then-state Rep. Dan Johnson, a Republican. Johnson took his own life after denying allegations that he had molested a 17-year-old girl at a church where he had served as a pastor.

Belcher did not provide details of her policy proposals on her campaign website. But in an Election Day Facebook post, Belcher vowed that a vote for her was a vote for “keeping funding for Bullitt County schools, supporting our working families, and bringing Bullitt County’s share of road and infrastructure funds to the district.”

Belcher first ran for office in 2009 after her husband, then Democratic Rep. Larry Belcher, died in a car crash in October 2008.

During the special election campaign, Johnson implied that Linda Belcher had taken part in a Democratic plot to undermine her husband, according to Louisville’s Courier-Journal.

“I know the pain of losing a husband,” she told WHAS 11 in December. “I’ve been through that. I don’t wish that on anybody.”

Belcher’s election does not affect the balance of power in Kentucky. Republicans continue to hold considerable majorities in both state legislative chambers. Republican Gov. Matt Bevin is not up for re-election until 2019.

Democrats have been on a roll in state-level special elections. Last Tuesday, the party picked up a Florida House seat in a Sarasota district that Trump had won.

And last month, Democrats flipped a state Senate seat in a rural stretch of Wisconsin that went heavily for Trump. Republican Gov. Scott Walker called the outcome a “wake-up call.”

Democrats still have a long way to go to reverse the losses they have endured in state legislatures since 2009. The party lost about 1,000 state legislative seats from 2009 to 2016.”

Belcher’s and other Democratic candidates’ recent wins in longtime Republican districts bode well for the midterm elections in November.