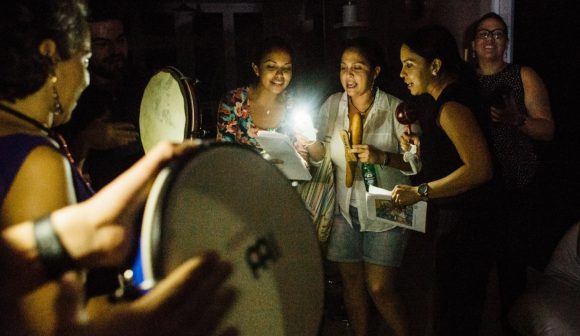 The New York Times has an article this morning describing how some families without power in Puerto Rico are celebrating Christmas with cellphones and flashlights.  Here is a brief excerpt:

“Days before Christmas, and three months after Hurricane Maria made landfall, parts of Puerto Rico are still without water, and over a million people are in the dark. Hundreds of residents remain in shelters, unable to return home. Schools that have been able to resume classes are still without power.

But in towns around the island, residents are trying to keep holiday traditions alive, despite the circumstances. A group in Guaynabo had arrived at the home of Juan Pablo González for a parranda, a Puerto Rican Christmas tradition that brings friends together to sing carols, usually in the middle of the night. Mr. González’s home was still without power, so people used cellphones and flashlights to see one another and read song lyrics…

In Old San Juan, Marta Cirino performed Christmas songs with Caiko y Los del Soberao, an Afro-Puerto Rican music group. The neighborhood is usually crowded with tourists, but on a recent night, it was full of locals who sang and danced to the music.” 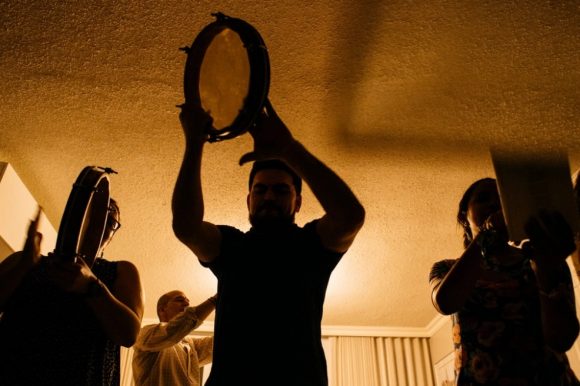 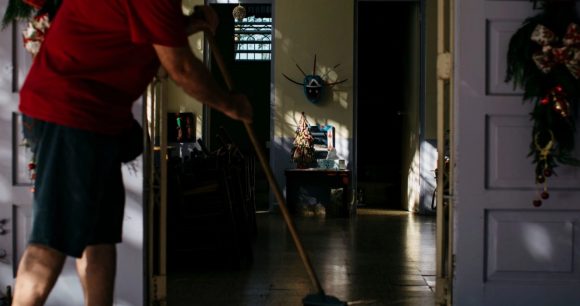