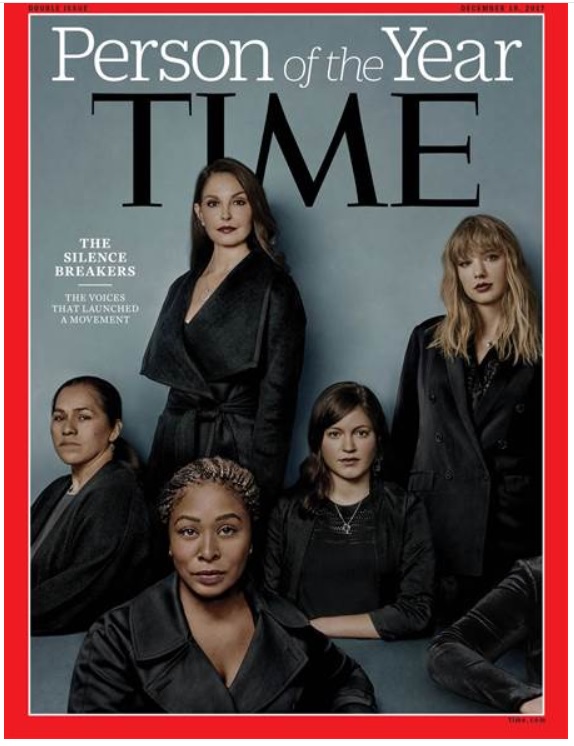 This morning, Time magazine named “The Silence Breakers”, the social movement aimed at raising awareness about sexual harassment and assault, and epitomized by the #MeToo social media hashtag, as the most influential “person” in 2017.

“This is the fastest moving social change we’ve seen in decades, and it began with individual acts of courage by hundreds of women – and some men, too – who came forward to tell their own stories,” TIME editor-in-chief Edward Felsenthal told NBC’s “Today” program, referring to them as “the silence breakers.”

In a joint interview after the choice was announced, Tarana Burke, who created the Me Too mantra years ago, and the actress Alyssa Milano, who helped promote it more recently, focused on what was still left to do.

“I’ve been saying from the beginning that it’s not just a moment, it’s a movement,” Ms. Burke said. “I think now the work really begins. The hashtag is a declaration. But now we’re poised to really stand up and do the work.”

Ms. Milano agreed, laying out her aspirations for the movement.

Congratulations to the winners for this recognition.  Good choice!