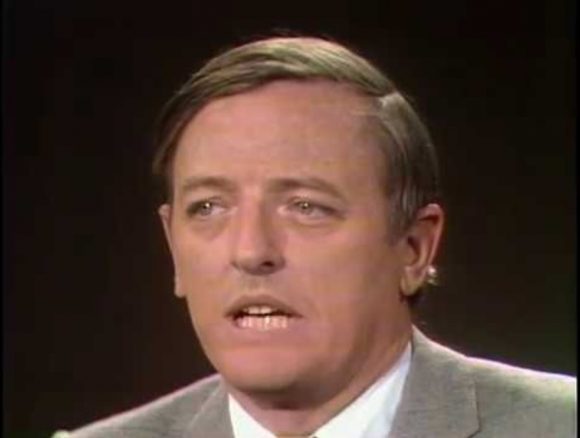 I have just finished Alvin Felzenberg’s  book, A Man and His Presidents:  The Political Odyssey of William F. Buckley, Jr. (Yale University Press, 2017).  Alvin Felzenberg has had a long career in government, the media, and as a presidential historian.  He currently is on the faculty of the Annenberg School for Communication at the University of Pennsylvania.  A Man and His Presidents… provides insights into the relationships of Buckley and U.S. presidents from Eisenhower to George W. Bush.  Each chapter basically follows chronologically from one president to another.  While he interacted in various degrees with all these presidents both Republican and Democrat, Felzenberg concludes that Buckley probably had his greatest influence on Reagan.   Felzenberg also quotes Buckley as saying that “Bill Clinton was the most gifted politician of certainly my time.”

One reviewer describes Buckley on this book as someone who evolved as times and conditions changed over the fifty plus years of his adult life but “his core political convictions remained remarkably consistent: opposition (in the name of individualism and free enterprise) to the size and growth of the federal government; insistence on defending traditional Judeo-Christian morality against all forms of “moral equivalency”; and a belief that American foreign policy should be oriented toward the defense of freedom against the threat of totalitarianism, especially Soviet Communism.”

Here is an excerpt from a review by Damon Linker:

“If there’s an odyssey recounted in the book, it’s that of conservatism itself — the ideology and electoral coalition that started to coalesce with Barry Goldwater’s insurgent presidential campaign in 1964, took control of the Republican Party when Reagan won the White House in 1980, and held the G.O.P. firmly in its grip through the presidency of George W. Bush. That’s where Felzenberg’s story ends, but it’s where conservatism’s travails begin — or rather, it’s where they resurface.

Reading the book in light of events since Buckley’s death — including the Sarah Palin sensation of 2008, the Anybody but Romney procession during the Republican primaries of 2012, but most of all Donald Trump’s shockingly successful populist insurrection in 2016 — one realizes the passages that provide the most illumination are those in which Felzenberg highlights what Buckley himself described as his greatest achievement: purging the conservative movement of “extremists, bigots, kooks, anti-Semites and racists.”

… Felzenberg has produced an accomplished and admiring biography that paints a portrait of a man toiling joyfully to define and elevate a political movement. But the book also, perhaps unintentionally, vindicates a cluster of enduring truths taught by the wisest conservatives down through the ages — that elevated things are fragile, and that nothing lasts forever, or even as long as we may wish.

The rise of Donald Trump and overturning of so much that Buckley stood for doesn’t quite cast a shadow of tragedy over his life’s work. But it does evoke a mood that can only be described as wistful.”

I found it a good read and anyone, regardless of their political leanings, will find interesting tidbits on Buckley, the American presidents of the 20th century, and the conservative movement.