Elaine and I are back in New York after a week in Italy meeting with colleagues and spending time with my daughter Dawn Marie’s family who live in Seattle, and joined us for a brief Roman holiday.  We are especially happy that our flight was not cancelled because yesterday there was a one-day air-traffic controllers strike at major Italian airports.  However, the unions (thank you UNICA, ANPCAT and Fata Cisal) agreed to allow most international flights to arrive and depart.

While in Italy, we had several serious conversations about American politics and the presidential primaries with local associates as well as fellow tourists.  The people with whom we spoke were fairly well-informed about American issues although they did not quite understand the popularity of a Donald Trump. Terrorism was also on people’s minds.  A couple from Belgium who were sitting at a table next to us enjoying a wine on Thursday night commented about the attack on Brussels. They expressed the same resolve as most New Yorkers did after 9/11 not to let the terrorists win.

The grand kids, Michael (11) and Ali (9) had a good time seeing the sites.  They also enjoyed the nights in the Piazza della Rotunda where our hotel was located.  They ran around as if they owned the place and with other young children would launch these small, thin-plastic, blue-lit toy helicopters (see images below) which you can buy from local street vendors in Rome for a couple of euros.  They are about five inches long and when launched about 40-50 feet in the air with a rubber band flutter about gently while emitting a flickering blue light in the night sky.

A good week of conversation, sightseeing, and most important being with family. 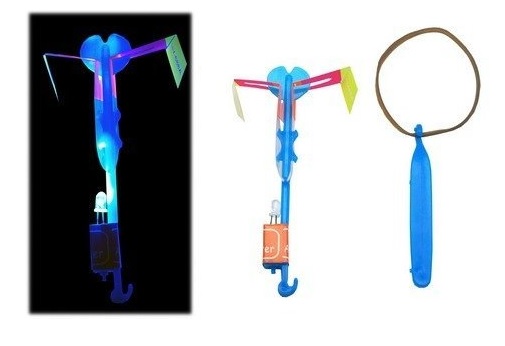