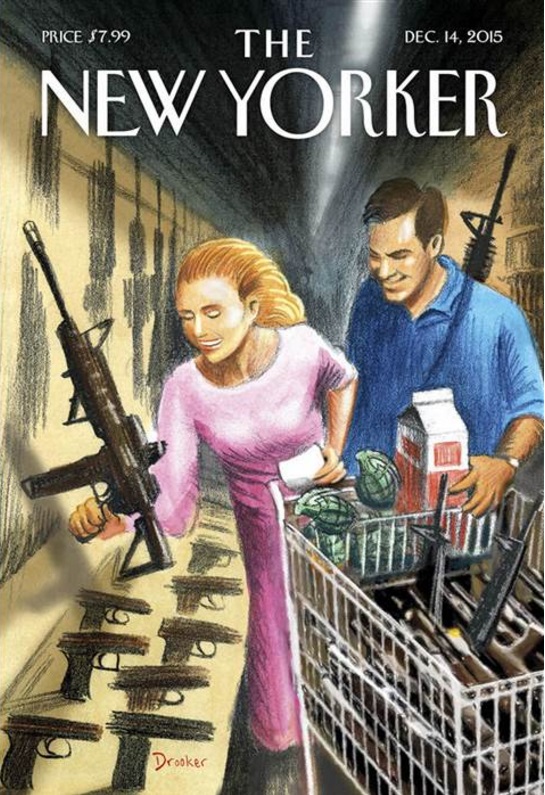 Not to be outdone by the New York Daily News cover, New Yorker’s cover for its December 14, 2105 issue depicts a young couple doing their weekly grocery shopping with cart full of guns, grenades, and ammunition.  Entitled,” Shopping Days,”  writer Eric Drooker asks: “What would it look like if I took America’s obsession with firearms to its logical extreme?”

The question comes in the wake of Wednesday’s mass shooting in San Bernardino, California, where 14 people were killed and 21 others wounded.

Authorities are still trying to determine a motive for why armed husband-and-wife Syed Farook and Tashfeen Malik ambushed a holiday party before dying in a police fusillade. The FBI on Friday labeled the assault an “act of terrorism.”

Gun sales in the United States have boomed in recent years, and last month on Black Friday, the feds reported that the federal background check system set a record 175,000 checks for the day. On a typical day in 2013, the FBI processed about 58,000 checks.