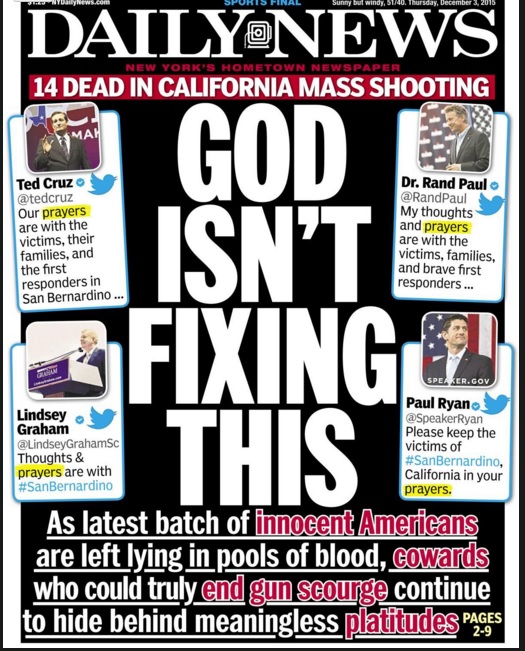 The New York Daily News headline yesterday caused quite a stir by calling out Republican presidential nominees for invoking prayers and God while referring to the shootings in San Bernardino.  The Daily News has been on a rampage against the National Rifle Association since the Paris killings specifically targeting NRA officials and politicians who refuse to change the gun laws in this country. The articles accompanying the headline yesterday called on the nominees and other government officials to save their prayers and to take action on gun control.