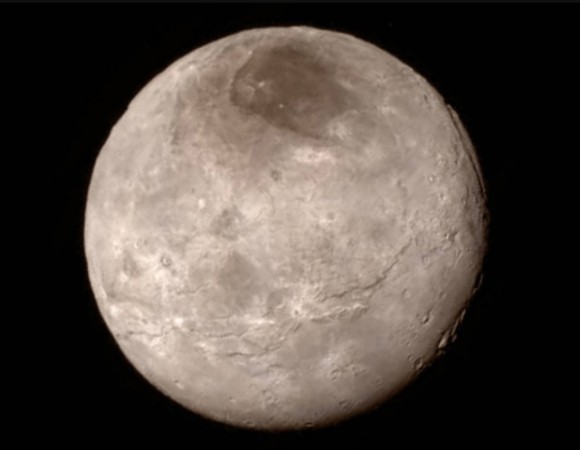 The Associated Press and AOL have set up a website that contains video and images from NASA’s New Horizon Project. The New Horizons probe reached the planet Pluto earlier this week and has begun sending back images and other data. As stated in the AP article:

“Mankind’s first close-up look at Pluto did not disappoint Wednesday: The pictures showed ice mountains on Pluto about as high as the Rockies and chasms on its big moon Charon that appear six times deeper than the Grand Canyon.

Especially astonishing to scientists was the total absence of impact craters in a zoom-in shot of one rugged slice of Pluto. They said that suggests that Pluto is geologically active even now and is being sculpted not by collisions with cosmic debris but by its internal heat.

Breathtaking in their clarity, the long-awaited images were unveiled in Laurel, Maryland, home to mission operations for NASA’s New Horizons, the unmanned spacecraft that paid a history-making flyby visit to the dwarf planet on Tuesday after a journey of 9 1/2 years and 3 billion miles.”