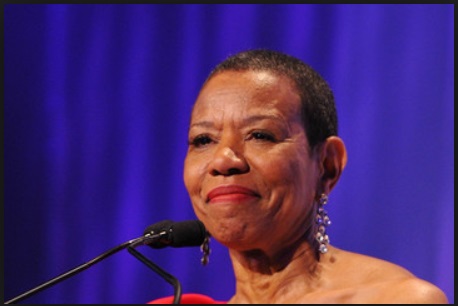 On Saturday, Spelman College named Mary Schmidt Campbell, an art historian who is a former leader of the Studio Art Museum in Harlem and was dean of the Tisch School of the Arts at New York University for nearly a quarter-century, as its new president.

Campbell transformed the Studio Museum in Harlem from a rented loft over a liquor store into the country’s first accredited black fine arts museum. She ran the prestigious Tisch School of the Arts at New York University for more than two decades. She currently serves as vice chair of a U.S. presidential committee seeking to elevate the importance of art in public schools. As reported in The Chronicle of Higher Education:

Spelman, as a prominent historically black women’s college, is very different from New York University, Ms. Campbell said she understands the issues the college faces through her experiences at Swarthmore College — as a student and later as a member of the Board of Managers for a dozen years. Swarthmore, she said, is “very attentive to academic issues and attracting and retaining the best students and faculty.”

Campbell was invited to visit Spelman last September to help the school plan the renovation of its arts facility, and the relationship grew from there.

“I was blown away,” she said. “. . .I thought how phenomenal it is to be a black woman and come to a place where you are the heart and soul of the mission of that place.”

The college, which runs on a $105 million budget and has a $367 million endowment, charges $37,441 a year for tuition, fees and room and board, according to the college web site.

At Spelman, Campbell said she’ll focus on increasing financial aid to attract the best students, bringing in more resources for teaching and research and developing the new arts facility.