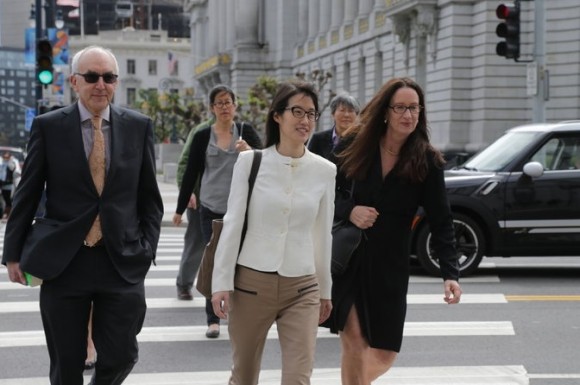 Ellen Pao may have lost her lawsuit last week against Kleiner Perkins Caufield & Byers, however, it is becoming a flashpoint in the ongoing discussion about gender inequity at elite technology and venture capital firms.  As reported in various media including The Huffington Post:

“The jury of six men and six women rejected all of Pao’s claims against Kleiner Perkins on Friday, determining the firm did not discriminate against her because she is a woman and did not retaliate against her by failing to promote her and firing her after she filed a sex discrimination complaint.

“This case has been a real wake-up call for the technology industry in general and the venture capital community in particular,” said Deborah Rhode, a law professor at Stanford University who teaches gender equity law.

Rhode and other experts say Kleiner Perkins and the venture capital industry in general did not come out looking good, even though they won the case.

“Venture capital firms recognize it’s not appropriate to be out in the streets celebrating,” said Freada Kapor Klein, founder of the Level Playing Field Institute, a nonprofit that aims to boost minority representation in science, technology, engineering and math fields.

Women hold just 15 percent to 20 percent of the technology jobs at Google, Apple, Facebook and Yahoo, according to company disclosures. The data were embarrassing for an industry that has positioned itself as a meritocracy where intelligence and ingenuity are supposed to be more important than appearances or connections.

The venture capital industry is even more male-dominated, with a study released last year by Babson College in Massachusetts finding that women filled just 6 percent of partner-level positions at 139 venture capital firms in 2013, down from 10 percent in 1999.

Klein said before the verdict she was contacted by more than a dozen venture capital and technology companies asking how they could improve the environment as a result of the Pao case.

The attention surrounding the case makes it more likely other women who believe they have been discriminated against will go to court, said David Lewis, CEO of OperationsInc., a human resources consulting and contracting firm. Two women who formerly worked at Facebook and Twitter filed gender discrimination cases against the companies during the Pao trial. One of Pao’s attorneys, Therese Lawless, is representing the plaintiff in the Facebook lawsuit.”

The Pao case exposes an embarrassing aspect of high tech and venture capital companies operations.  Data suggest clearly that they are male bastions and have a serious problem in the hiring and promotion of women.