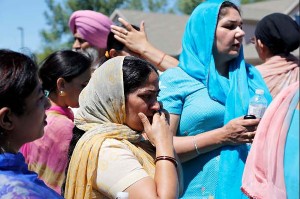 Seven people were killed at a Sikh Temple in suburban Milwaukee yesterday.  Lunch was being prepared as congregants were arriving for Sunday services when an armed man stepped through the door and started firing.  Early reports indicate that the gunman was a lone white male and that the police said they were treating this as “a domestic terrorist-type incident.”  The gunman was killed by police responding to the incident.

The Chicago Tribune reported that:

“Tattoos on the body of the slain gunman and certain biographical details have led the FBI to classify the incident that way [as domestic terrorism], according to a White House administration official who spoke on the condition of anonymity because he was not authorized to speak to the press.

He would not say if the gunman is believed to belong to a hate group or some other violent group, as the investigation that was handed to the FBI on Sunday afternoon, is still unfolding.

But federal officials cautioned against thinking that a concrete link to a domestic terrorism group or hate group had been established. “We don’t know much about the motive at this point,” said a federal law enforcement official who had been briefed on the early planning for the case.”

Information on the identities of the dead were being withheld but indications are that several priests were killed in the attack.

“Michelle and I were deeply saddened to learn of the shooting that tragically took so many lives in Wisconsin. At this difficult time, the people of Oak Creek must know that the American people have them in our thoughts and prayers, and our hearts go out to the families and friends of those who were killed and wounded. My Administration will provide whatever support is necessary to the officials who are responding to this tragic shooting and moving forward with an investigation. As we mourn this loss which took place at a house of worship, we are reminded how much our country has been enriched by Sikhs, who are a part of our broader American family.” 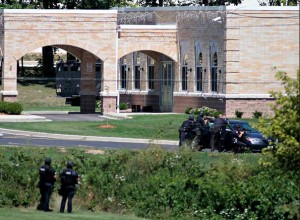 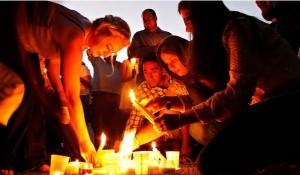