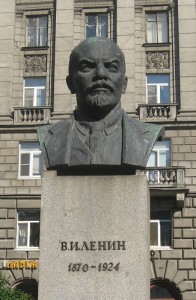 We have arrived at our easternmost destination, St. Petersburg, the city built by Emperor Peter I (the Great) and his successors especially Empress Catherine II (the Great).   It is a city of great historical and cultural significance.  For all of our other tours on this trip, we had either joined bus tours or walked the cities on our own.  For St. Petersburg, we hired a car and a guide for the day.  Maria our guide was born, raised and completed her education in linguistics in St. Petersburg.  She knew the city inside out and was a joy to have as a guide and traveling companion.

St. Petersburg was the symbol of the opulence of Russian royalty but also was the birthplace of the Russian Revolution led by Lenin and others.   Most visitors would immediately go to the Hermitage, a magnificent art museum and the winter palace of Peter the Great located in the center of the city.  My colleague, Joel Spring of Queens College, more than a month ago suggested that we make sure we go to the apartment building where Lenin lived in the year before the Revolution.   I took Joel’s advice and asked our guide to start at what is now Lenin Street.  She seemed a bit puzzled at my request but none the less took us to a very ordinary apartment building where Lenin had a nondescript flat.  A plaque is on the outside wall of the building and there is a modest bust in a small square about 100 yards from the building .  The flats in the apartment building continue to be rented out to residents of the city.

In the late morning we drove an hour and visited Peterhof, Peter the Great’s summer palace.  Words cannot describe the magnificence of the structure, the gardens, and fountains that make up this complex of white and gold.  It is also an engineering marvel where fountains rest on the side of a five-story hill and spew water in perfect cadences without any pumps.  All of the fountains in the complex are in fact controlled by gravity.

We concluded our day at the Hermitage where we saw in two hours:  26 Rembrandts, 2 Da Vincis, 4 van Goghs and a Michelangelo among a plethora of other great works by Matisse, Gauguin and Picasso. The Hermitage has over 3 million pieces and it would take years to see everything.

Without a doubt,  a special day ! 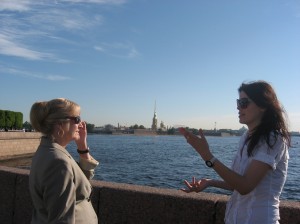 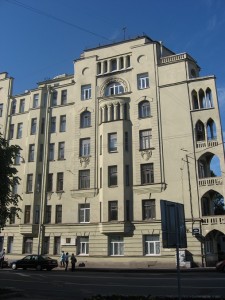 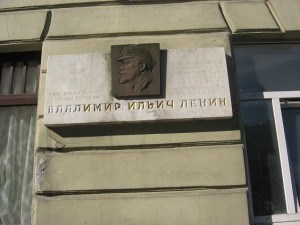 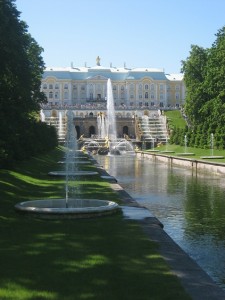 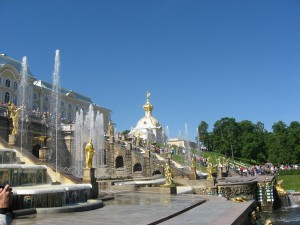 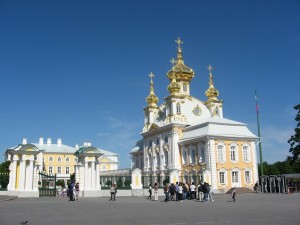