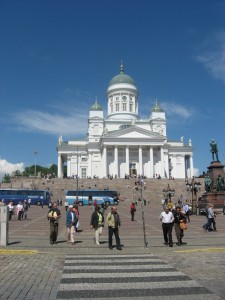 We spent the day in Helsinki and had a rather short tour and decided to walk around the city as much as possible by ourselves.  Like Sweden, Finland has tens of thousands of lakes and islands.  Helsinki has a good deal of water in and around it plus a number of parks that were deep green at this time of year.   It is also an incredibly clean city with lots of trolley cars.

Perhaps one interesting aspect of Helsinki is a lack of historic areas and/or buildings and monuments.  The tour guide explained that it has one main historic plaza, the Senate Square that contains three buildings: the Senate Building, the Senate Cathedral and the main building of the University of Helsinki.  When asked why only one such square, the tour director mentioned two reasons.  One was that the Finnish people built everything with wood that just did not last through the centuries.   The second reason was that for much of its existence, Finland has been occupied, at war or otherwise controlled by either Sweden or Russia and Helsinki has seen a lot of destruction.   However, in the entrance to the Senate Square is a lone huge statue of the Russian Czar Alexander II.  When asked why his statue so dominated this square, the tour director said because he was the only czar who treated the Finns fairly and who gave them a certain amount of self-rule including allowing them to establish schools for their children.

We also visited a park with a magnificent sculpture in honor of the composer Jean Sibelius.

Lastly, at this time of year, the Finnish people are getting ready to celebrate the Midsummer Night Festival (Weekend of June 23-24th), during which there will be light throughout the day so much so that you can read book outside at 12:00 midnight.

We will be traveling tomorrow to St. Petersburg! 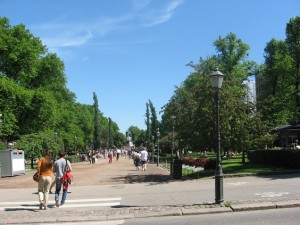 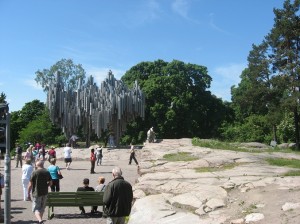 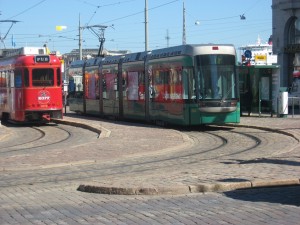