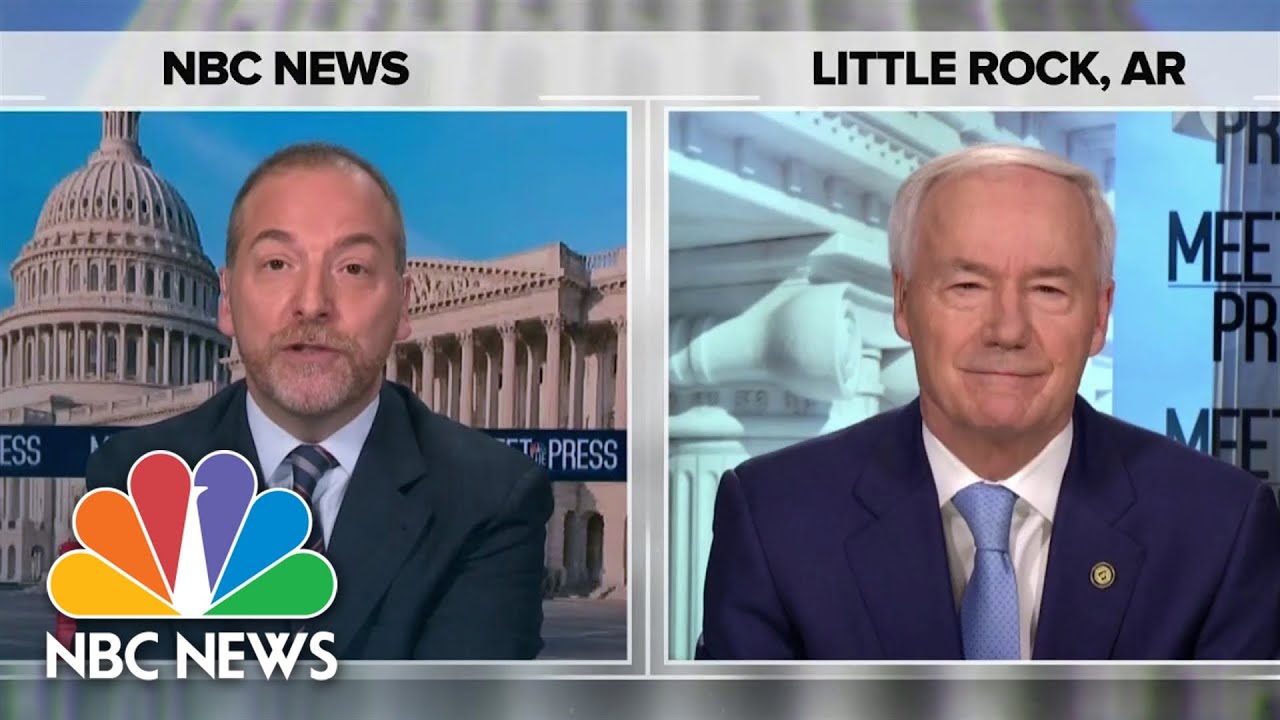 Hutchinson told NBC’s “Meet the Press” moderator Chuck Todd that he was “for the education and the science” behind the COVID-19 vaccines and protecting Americans from the novel coronavirus.

DeSantis last week called for a grand jury in Florida’s Supreme Court to probe if pharmaceutical companies criminally misled Floridians about the side effects of vaccines and the efficacy of the COVID-19 shots.

The announcement came on the same day a new study found the COVID-19 vaccines have saved more than 3 million lives since late 2020.

But the Florida governor, considered a potential 2024 presidential nominee, embraced concerns among Republicans and conservatives about the efficacy and safety of the vaccines.

DeSantis has moved even further to the right on the vaccine issue than former President Trump, who announced his 2024 White House bid last month and helped speed up the rollout of the vaccines in 2020 with a federal program called Operation Warpspeed.

Hutchinson, who is also mulling a 2024 run, on Sunday said it was “not helpful” for the Republican Party to focus on issues in the past.

Hutchinson is becoming a major voice of reason for the Republican Party.  I hope he runs for the Party’s presidential nomination.