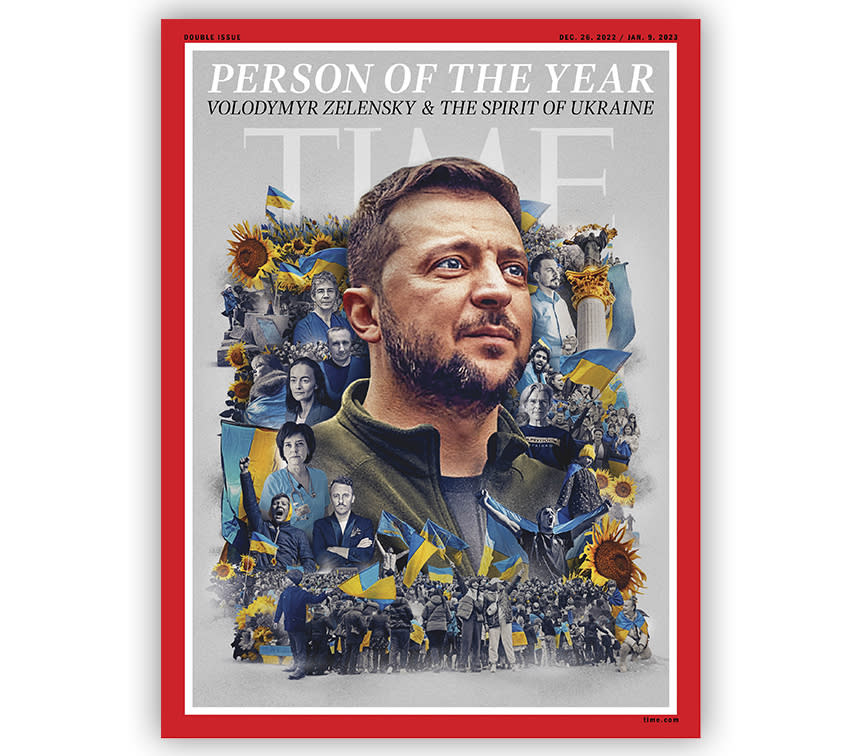 Time Magazine yesterday named Ukrainian President Volodymyr Zelenskyy its person of the year, awarding him the accolade “for proving that courage can be as contagious as fear.”

Editor-in-chief Edward Felsenthal said the choice of Zelenskyy — alongside “the spirit of Ukraine” — was “the most clear-cut in memory.”

“Whether the battle for Ukraine fills one with hope or with fear, the world marched to Volodymyr Zelensky’s beat in 2022,” he said.

A comedian-turned-politician who was elected to lead Ukraine in 2019, Zelenskyy has worked ceaselessly since Russia’s invasion on Feb. 24 to inspire his country’s resistance and marshal international support for Ukraine.

Felsenthal said Zelenskyy’s decision when the war started “not to flee Kyiv but to stay and rally support was fateful.”

“For proving that courage can be as contagious as fear, for stirring people and nations to come together in defense of freedom, for reminding the world of the fragility of democracy — and of peace — Volodymyr Zelensky and the spirit of Ukraine are TIME’s 2022 Person of the Year,” he added.