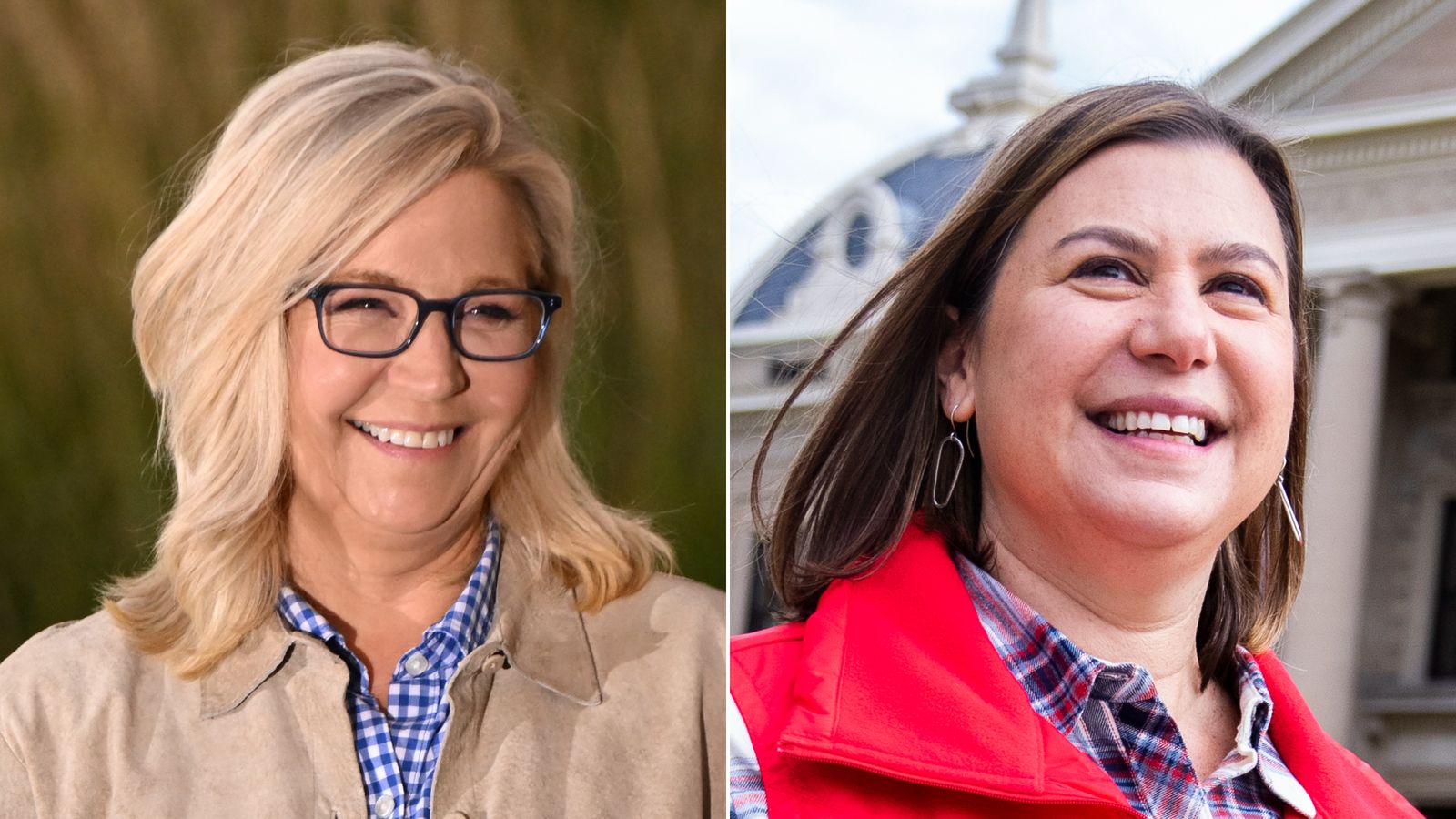 “If we want to ensure the survival of our republic, we have to walk away from politics as usual,” Cheney said. “We have to stand up, every one of us, and say we’re going to do what’s right for this country. We’re going to look beyond partisan politics.”

Slotkin is a two-term House member competing against Republican state Sen. Tom Barrett in Michigan’s redrawn 7th Congressional District, which includes Lansing. The contest is among the most expensive House races in the country and is considered a toss-up.

Slotkin, who described herself as a Democrat representing a Trump-voting district, told reporters that Cheney approached her last month on the House floor about the possible endorsement. Slotkin acknowledged during her speech that the two differ on most policy issues, joking that the last time Cheney was in the area was to counter something the Lansing-area Democrat was doing.

“But there is one really, really big thing we agree on and that is preserving the American democracy,” Slotkin said.

Cheney’s visit to the battleground state comes as she considers a 2024 presidential run after losing her primary earlier this year. Cheney was one of eight House Republicans who lost primaries or chose not to seek reelection after voting to impeach former President Donald Trump in 2020.

In her endorsement last week, Cheney mentioned that she’s become acquainted with Slotkin while serving together on the House Armed Services Committee. Slotkin also worked in U.S. intelligence, national security and defense during the Obama and Bush administrations.

Cheney said that this was the first time she has ever campaigned for a Democrat but that “it was not a hard decision at all.”

Both have been vocal critics of House Republicans who have sought to downplay the siege of the U.S. Capitol on Jan. 6, 2021. Cheney is vice chair of the House Jan. 6 committee, which recently issued a subpoena for Trump to testify.

“As a nation today, we are facing an ongoing assault by the former president and by people that are spreading his lie,” Cheney said Tuesday.

Barrett criticized Cheney during an event yesterday morning for having the “audacity” to endorse his opponent in a critical race that will “decide which party controls Congress.”

Cheney is leaving Congress at the end of her current term after losing the Republican primary for her at-large Wyoming seat in August. Her continued criticism of former President Donald Trump for his role in inciting the January 6, 2021, attack on the US Capitol was seen as a key factor in her defeat.

Cheney said last month that she would not remain a Republican if Trump is the GOP nominee for president in 2024.

Kudos for Cheney for putting the country ahead of the party!