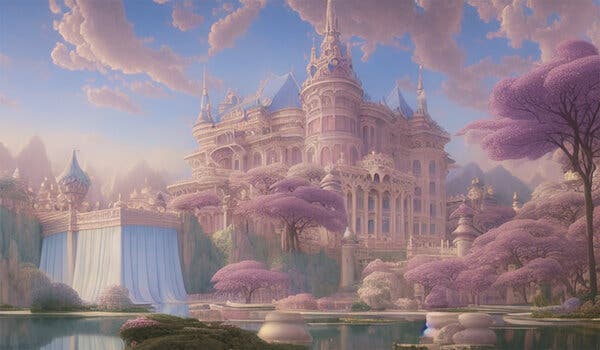 A celebration for the start-up company, Stability AI, which developed the  controversial Stable Diffusion image generator, represents the arrival of a new A.I. boom. That became clear Monday night at the San Francisco Exploratorium, where Stability AI, gave a party that felt a lot like a return to prepandemic exuberance.

The event — which lured tech luminaries including the Google co-founder Sergey Brin, the AngelList founder Naval Ravikant and the venture capitalist Ron Conway out of their Zoom rooms — was billed as a launch party for Stability AI and a celebration of the company’s recent $101 million fund-raising round, which reportedly valued the company at $1 billion.

But it doubled as a coming-out bash for the entire field of generative A.I. — the wonky umbrella term for A.I. that doesn’t just analyze existing data but creates new text, images, videos, code snippets and more.  As reported by The New York Times.

It’s been a banner year, in particular, for generative A.I. apps that turn text prompts into images — which, unlike NFTs or virtual reality metaverses, actually have the numbers to justify the hype they’ve received. DALL-E 2, the image generator that OpenAI released this spring, has more than 1.5 million users creating more than two million images every day, according to the company. Midjourney, another popular A.I. image generator released this year, has more than three million users in its official Discord server. (Google and Meta have built their own image generators but have not released them to the public.)

That kind of growth has set off a feeding frenzy among investors hoping to get in early on the next big thing. Jasper, a year-old A.I. copywriting app for marketers, recently raised $125 million at a $1.5 billion valuation. Start-ups have raised millions more to apply generative A.I. to areas like gaming, programming and advertising. Sequoia Capital, the venture capital firm, recently said in a blog post that it thought generative A.I. could create “trillions of dollars of economic value.”

But no generative A.I. project has created as much buzz — or as much controversy — as Stable Diffusion.

Partly, that’s because, unlike the many generative A.I. projects that are carefully guarded by their makers, Stable Diffusion is open-source and free to use, meaning that anyone can view the code or download it and run a modified version on a personal computer. More than 200,000 people have downloaded the code since it was released in August, according to the company, and millions of images have been created using tools built on top of Stable Diffusion’s algorithm.

That hands-off approach extends to the images themselves. In contrast to other A.I. image generators, which have strict rules in place to prevent users from creating violent, pornographic or copyright-infringing images, Stable Diffusion comes with only a basic safety filter, which can be easily disabled by any users creating their own versions of the app.

That freedom has made Stable Diffusion a hit with underground artists and meme makers. But it has also led to widespread concern that the company’s lax rules could lead to a flood of violent imagery, nonconsensual nudity, and A.I.-generated propaganda and misinformation.

Incredible piece of software but why must we have to take the bad with the good!