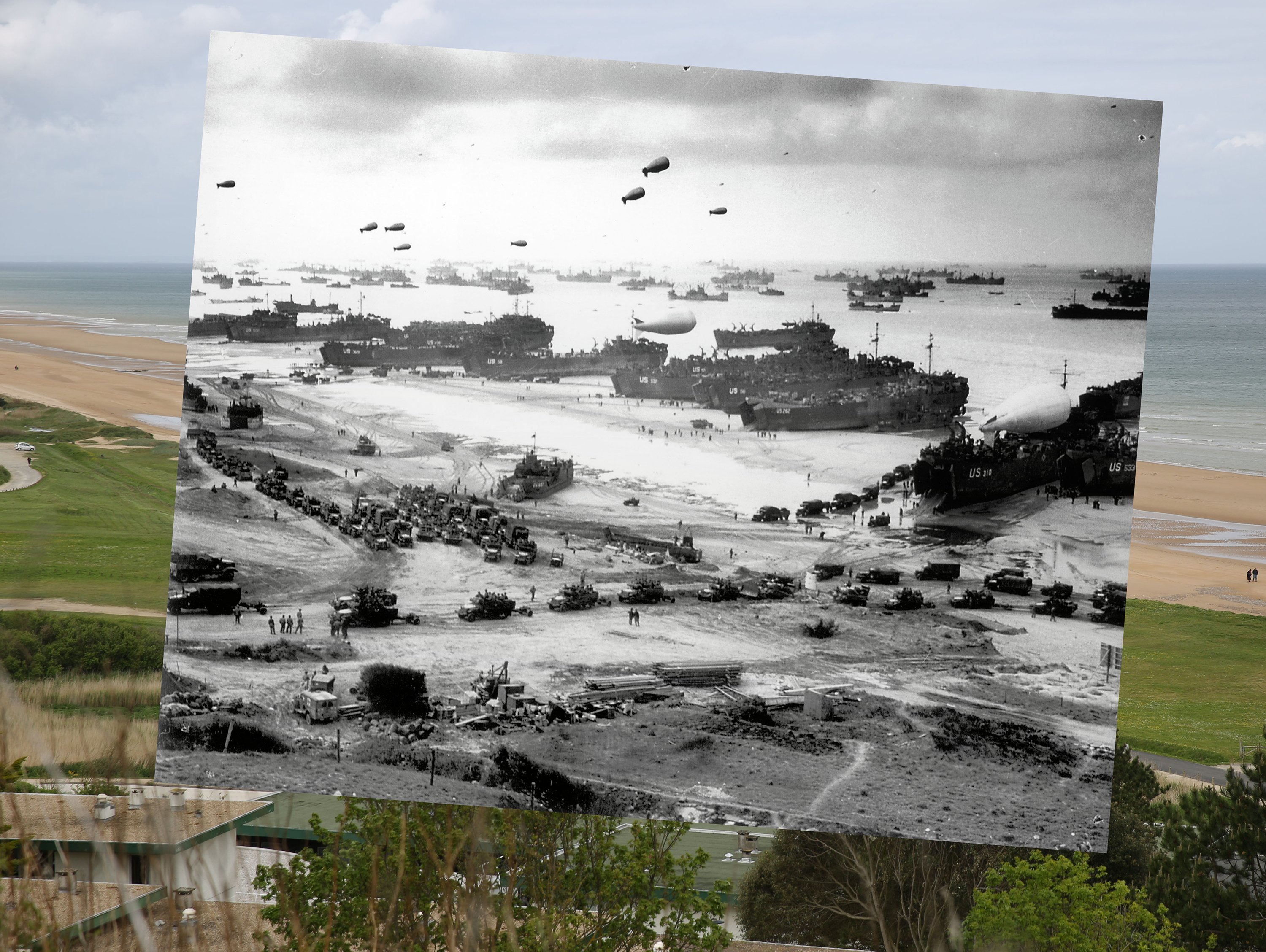 The image above of Omaha Beach shows the situation some days after D-Day. Vehicles, supplies, and soldiers have turned the beach into a massive military deployment area, while more goods and men arrive by ship. On D-Day it was soldiers from America’s 29th and 1st infantry divisions who made the initial attack on Omaha Beach,. Casualties were high, with some men drowning as they tried to get ashore, while others fell victim to withering German fire.

Moneyversed has compiled a photo essay comparing D-Day scenes in 1944 to the present.  It is  a touching reminder of the valiant effort on the part of allied troops to end World War II.  I visited Normandy and other parts of northern France in 2019. It is a place that every American should visit at least once in a lifetime.  Here are two comparisons of the twenty included in the essay.

The Omaha Beach (below) assault actually stretched along a six-mile section of the Normandy coastline. It featured some formidable German defenses and natural obstacles including sea walls 10 feet tall and sheer cliffs towering some 300 feet above the sands where the men landed. These heights gave the Germans ideal defense positions. Even so, the Americans managed to get 34,000 troops ashore on D-Day. 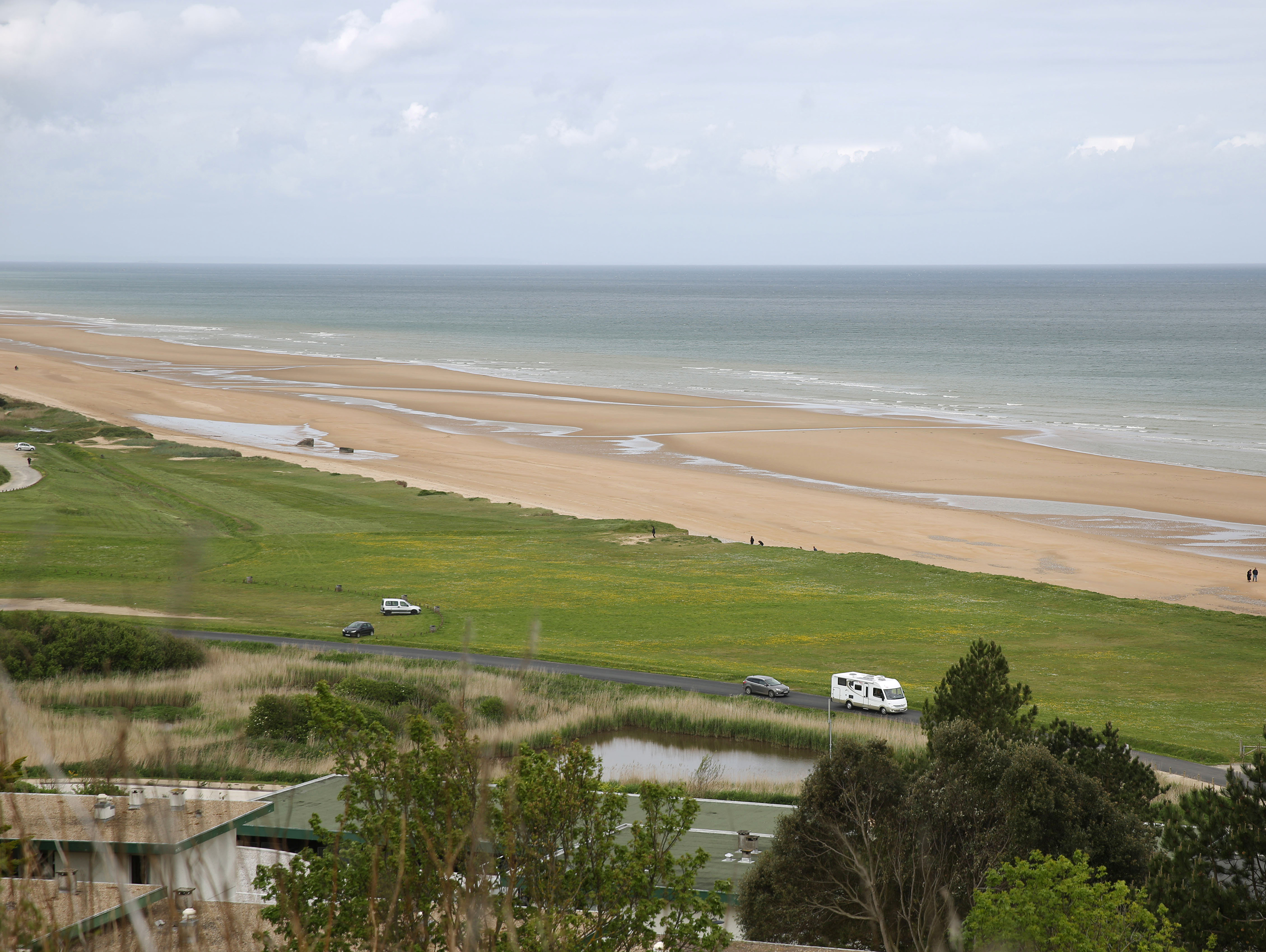