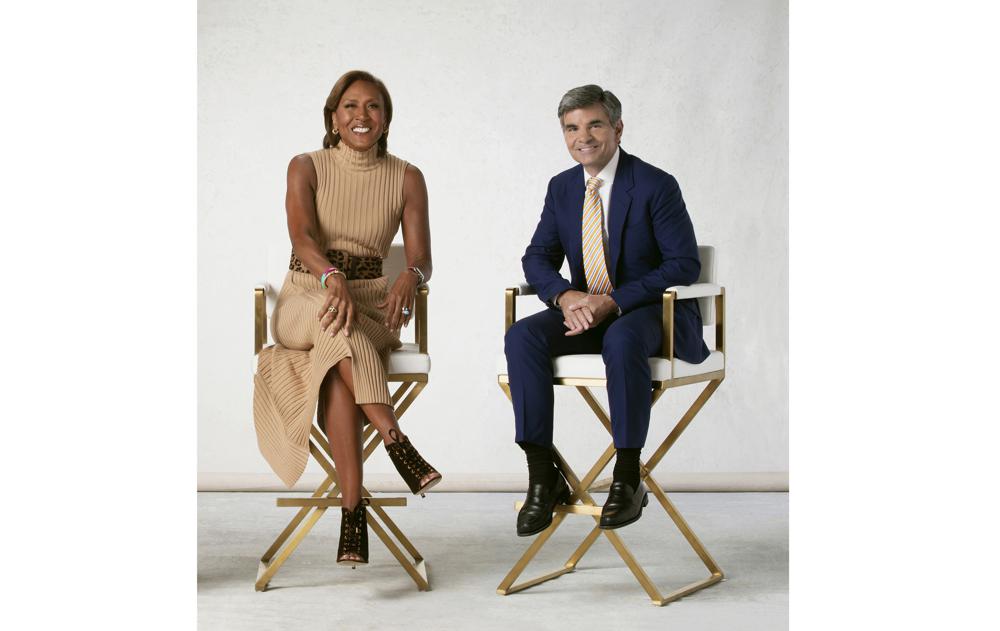 Robin Roberts and George Stephanopoulos are now the longest-serving pair of hosts ever on any ABC, CBS and NBC morning show, together for more than thirteen years on “Good Morning America.”  As reported by the Associated Press.

“We wear very well together, George and myself,” Roberts said.

Asked about the feat, Stephanopoulos laughed and made reference to his age (he’s 61). Roberts, also 61, became emotional. Between doubters and serious health issues, the longevity is a meaningful achievement.

They’ve presided during a time “Good Morning America” took over from “Today” as the most popular morning show and have kept that distinction for a decade, yet also as the shows diminished in audience and influence.

“I’m proud,” Stephanopoulos said. “It’s been a great run. Robin has been a joy to work with. We’ve had a lot of fun and great success and covered a lot of consequential things. It’s been an incredible experience.”

But, yes, he estimated he turned down then-ABC News President David Westin’s job offer three times when the network was looking to replace Diane Sawyer.

“It took a fair amount of persuasion,” Westin recalled. Stephanopoulos, who started at ABC News on Inauguration Day 1997, was an entrenched Washington insider from his days in the Clinton administration and as host of “This Week,” a job he retains. Westin believed he was ready for a bigger stage.

“When you put things together you don’t think about how long it will last,” Westin said. “You think about whether the fundamentals are good. You’re never sure.”

Morning shows have their share of frivolity, cooking and celebrity segments, yet also need to be ready when a big story breaks. Westin wanted Stephanopoulos for those days.

Thirteen years in, Stephanopoulos “is laughing more than I’ve ever seen him laugh,” said Michael Strahan, who joined the pair as a host in 2016. “I definitely feel like he has loosened up. I don’t know if I can take credit for it.”

Even after she’d been working on “Good Morning America,” Roberts said she was aware of doubts among some ABC News executives that she wasn’t right for the job because her background was in sports broadcasting, not news.

Don’t think she’s forgotten that, even as some of the naysayers have since apologized to her.

“I get weepy when I think of how I beat the odds,” she said.

The New York-based Roberts in the past few weeks has flown to London and back for coverage of Queen Elizabeth II’s death — twice — gone to Los Angeles for tapings of her Disney+ interview series “Turning the Tables,” traveled to Mississippi for a family function and did a round trip to Ghana for “GMA” stories.

It’s a remarkable, perhaps inadvisable, schedule for someone who has faced down health difficulties She insists she feels great.

Roberts had chemotherapy and was off the air for five months starting in 2012 after undergoing a bone marrow transplant to treat MDS. She contracted the blood and bone marrow disease from treatment for breast cancer. Roberts still keeps a close watch on her immune system.

“Viewers come up to me to this day and say, ‘I prayed for you,’” Roberts said, her voice betraying the emotion. “Whew! I mean, come on. After all this time. I’m 12 years out, 10 years from my bone marrow transplant. It just really gets me that people come up and say those things and that I give them hope for a person they know in their life who is going through a similar journey.”

Roberts’ connection to people, and her spirituality, is a key to her success, Westin said.

Not everything has gone smoothly on “Good Morning America.” Its former top producer left abruptly last year and was later sued for sexual assault and creating a hostile workplace, a case that was dismissed.

Like most television programs, “GMA,” “Today” and “CBS Mornings” have fewer viewers than they used to: from 12.4 million cumulatively in the first six months of 2010 to 8.7 million in the first half of this year, the Nielsen company said. Despite holding the lead, the “Good Morning America” audience is down 26 percent in that time.

“Do I think people are getting up and reaching for the remote the first thing in the morning like they used to?” Roberts said. “No, they reach for their phone.”

The morning shows, not just “Good Morning America,” are adapting by producing more material for different formats, like podcasts, and segments not necessarily tied to the time of day. “GMA” is making a conscious effort to appear less New York or Los Angeles-centric by featuring more guests and experts from other parts of the country, said Simone Swink, the show’s executive producer.

Roberts and Stephanopoulos have kept engaged through projects outside of “GMA.” Both have their own production units: Rock ’n Robin Productions made a Lifetime movie about Mahalia Jackson, and Stephanopoulos makes news documentaries.

Hulu just premiered “Power Trip,” a series where young reporters are embedded in midterm election campaigns, with Stephanopoulos as a mentor. If it goes well, expect “Power Trip” back for the 2024 campaign.

That first dinner meeting left Roberts wondering what type of partnership she would have with Stephanopoulos. Now she can’t imagine “GMA” without him and credits her partner with introducing her to meditation, helping her get over the constant tiredness morning anchors often feel.

Roberts said: “We would never, ever do anything to make each other look good at the expense of the other,” she said. “That’s such a comfort. To have that, it makes you take chances, and I think the audience picks up on that — the way that we are so different in many ways but so common in others.”

GMA is a good way to start off a day.

Congratulations to both of them!