China has announced a new neuroscience initiative that will complement major research projects that have already begun in the United States and the European Union.  As reported by Science (see article below),  after five years of planning, China has launched its China Brain Project (CBP) with an initial investment of $746 million.  The CBP will focus on three main areas:  the neural basis of cognitive functions, diagnosing and treating brain disorders, and brain-inspired computing.

Glad to see this type of investment on the part of China especially if researchers here in America see it as complementary. 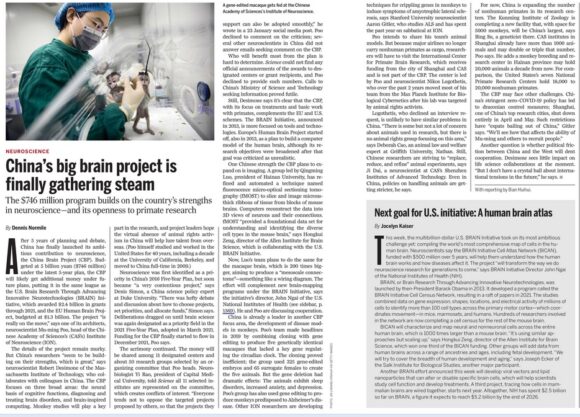