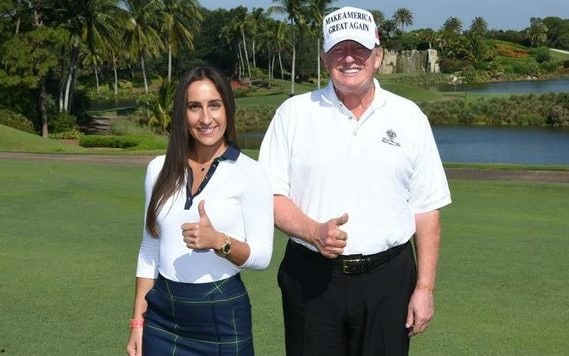 Inna Yashchyshyn aka Anna de Rothschild with the Donald!

U.S. officials are investigating a Russian-speaking Ukrainian immigrant and “self-confessed grifter” who pretended to be a wealthy heiress as she infiltrated the highest echelons of Mar-a-Lago.  As reported by the Pittsburgh Post-Gazette.

The startling case underscores the security challenges of Donald Trump’s resort even as the former president stashed top-secret U.S. government files there.  As reported:

Inna Yashchyshyn, who sported a pricey Rolex watch and drove a $170,000 Mercedes, reportedly claimed to members of the private club that she was an heiress of the wealthy European Rothschild banking family and had ties to top real estate developers.

The woman — who went by the name Anna de Rothschild and was actually the daughter of an Illinois truck driver — mingled last year with Trump, Sen. Lindsey Graham (R-S.C.) and other close associates of the men during “multiple” trips and at various Mar-a-Lago functions, reported the Post-Gazette, which uncovered the story with the Organized Crime and Corruption Reporting Project. 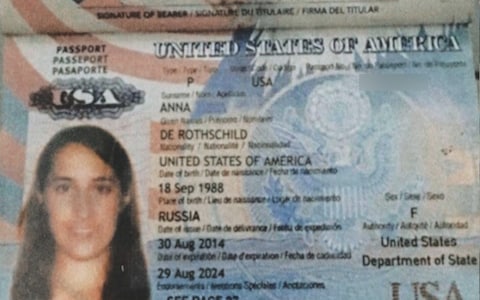 “It was the near-perfect ruse and she played the part,” John LeFevre, a former investment banker who met her with other guests around a club pool, told the newspaper.

Yashchyshyn, 33, demonstrated “the ease with which someone with a fake identity and shadowy background” could slip through security at Trump’s club, “one of America’s power centers and the epicenter of Republican Party politics,” noted the Post-Gazette.

The FBI has obtained several records linked to Yashchyshyn as part of its investigation, including copies of two fake passports from the U.S. and Canada, the Post-Gazette reported. Investigators reportedly also have a Florida driver’s license belonging to “Anna de Rothschild” with the address of a $13 million Miami Beach mansion where Yashchyshyn has never lived.

No other details of the investigation were available, and Yashchyshyn could not be reached for comment.

It wasn’t until March of this year that members of Trump’s entourage realized Yashchyshyn was an imposter, the Post-Gazette and OCCRP reported.

In 2019, a Chinese woman with two different passports and who was loaded down with electronic equipment managed to slip past a Secret Service agent by saying she was headed to the Mar-a-Lago pool.

Yujing Zhang received an eight-month prison sentence and was deported to China after being convicted of trespassing and lying to Secret Service agents.

FBI officials early this month seized several boxes of White House material from Mar-a-Lago, including classified documents and some top-secret information that is so sensitive it’s only supposed to be viewed in a secure government facility.”