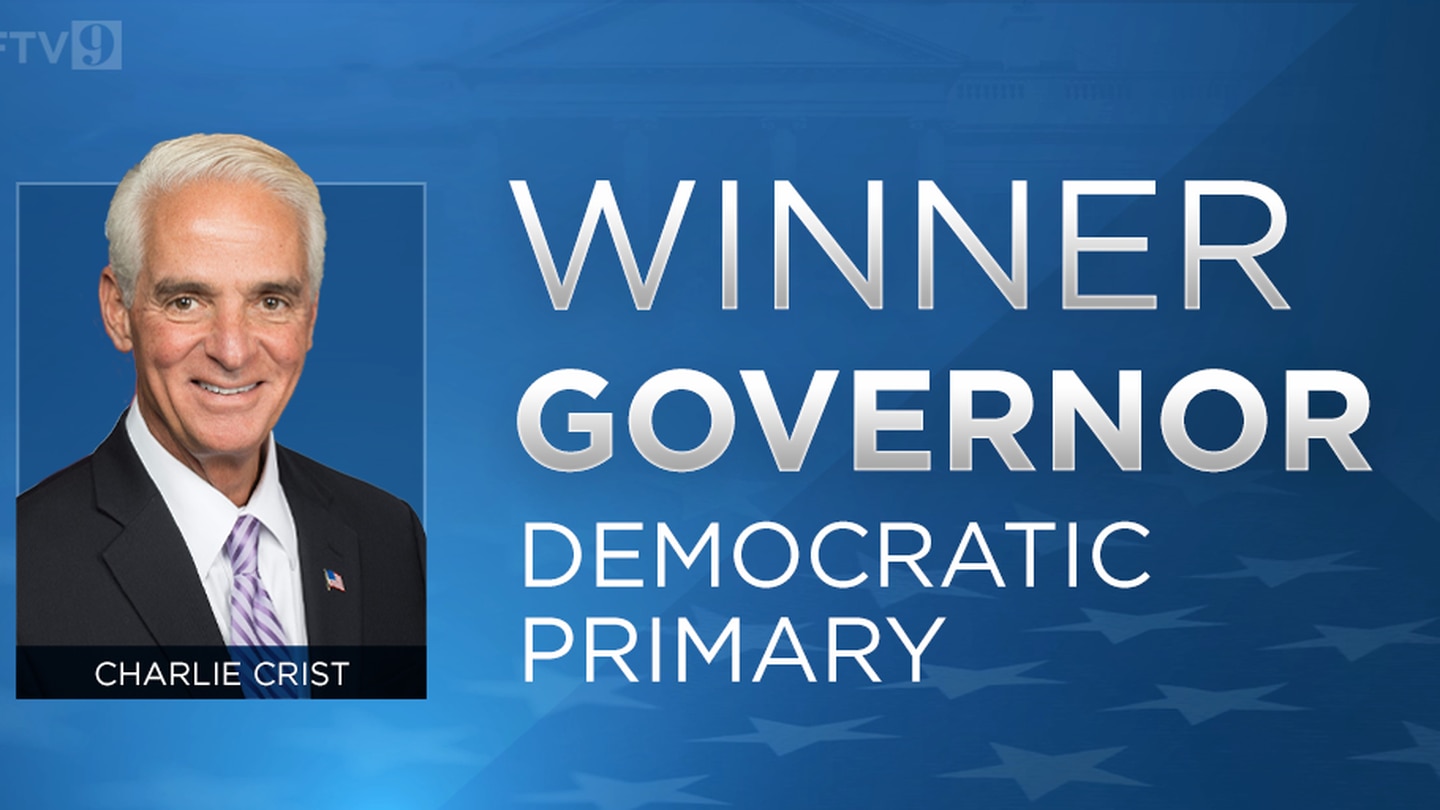 Charlie Crist yesterday won the Democratic nomination for Florida governor, giving him a second shot at the job he once held as a Republican.

Crist defeated Nikki Fried, the sitting agriculture commissioner and currently the only Democrat in a statewide office, which now allows him to take on incumbent Gov. Ron DeSantis. The Florida Republican has spent recent months campaigning around the country as a prelude to a widely expected 2024 presidential run.

Crist focused on that in the eight-minute victory speech he gave just 17 minutes after polls closed in the state’s Panhandle counties located in the Central time zone. “This guy wants to be president of the United States, and everybody knows it. However, when we defeat him on Nov. 8, that show is over,” he said to cheers. “Gov. DeSantis only cares about the White House. He doesn’t care about your house.”

Fried, who for much of the year-and-a-half primary campaign had lagged far behind in polling, seemed to gain momentum in recent weeks thanks to a surge of women voters angered by the U.S. Supreme Court striking down Roe v. Wade.

That boost, though, proved ephemeral, as Democratic voters appeared to make a pragmatic decision about who would be best able to defeat DeSantis: Fried, who appealed the most to young and progressive voters, or Crist, preferred by older and more moderate Floridians.

Crist won most of the state’s large metro areas by two-to-one margins, including in Broward County, Fried’s home base, and late Tuesday led statewide 60% to 35%.

Four years earlier, Democrats picked the progressives’ favorite, Andrew Gillum, over the more moderate Gwen Graham, only to see him lose narrowly to DeSantis in a strong year for Democrats.

In his remarks Tuesday, Crist repeated a theme he hit often in the primary campaign: that he can create a coalition of voters, including moderate Republicans, who are turned off by DeSantis’ aggressive style.

“We can unite Democrats, independents, and many Republicans who care about our Florida, and we will defeat Ron DeSantis,” he said.

As he attempts to do this, though, Crist faces a steep climb.