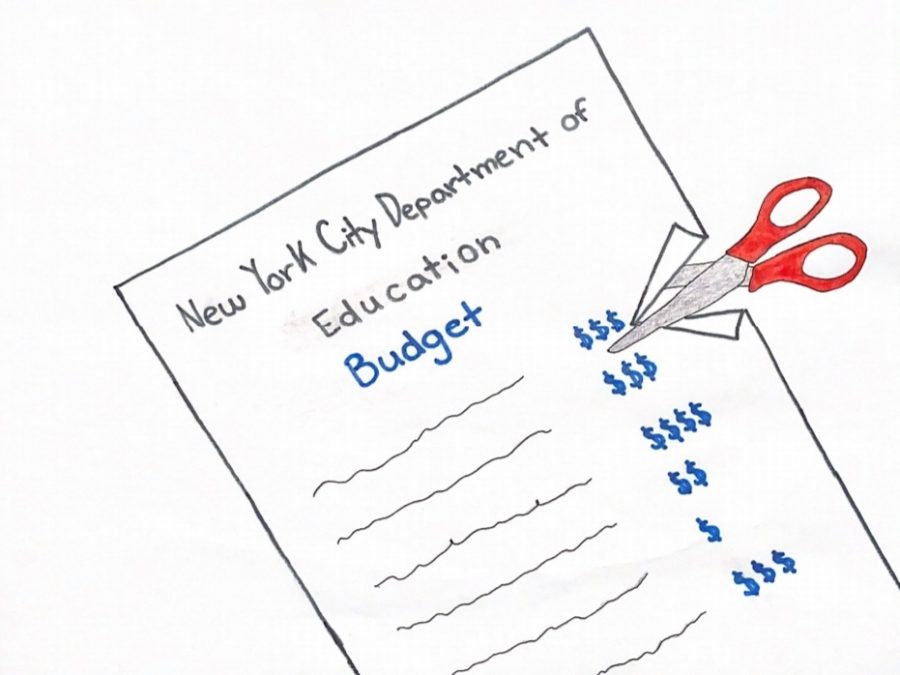 In New York City, public school funding is tied to student enrollment, and students have been leaving city schools in droves for years. But during the pandemic, school budgets were largely untouched, buoyed by federal aid.

Now, the city is saying schools must make cuts to reckon with the steep declines — to the tune of over $200 million — and start preparing for even steeper reductions next year. That largely means culling teachers.

Nearly 77 percent of New York City district schools, about 1,200 out of 1,600 in the system, have seen their enrollments decline and are facing the budget cuts after Mayor Eric Adams and the City Council agreed to a municipal budget for the fiscal year beginning July 1. The budget reversed a policy under the previous mayor, Bill de Blasio, to keep funding for individual schools steady during the pandemic.

Hundreds of teachers are being let go, or “excessed,” by school principals, and placed into a districtwide hiring pool — leading to an uproar among parents, educators and even some of the elected officials who voted for the reduced budgets. As reported by the New York Times.

Mariscelle Bautista, a mother of two public elementary school students, said during public testimony last week that the city’s decision to “defund” public schools was “outrageous” and called for parents to mobilize and “eventually vote all of these people out.”

The cuts to school budgets would hurt the programs and services that have helped students affected by school shutdowns and learning loss during the pandemic, said Ms. Bautista, including her own children.

The New York City schools chancellor, David C. Banks, pledged Monday, the last day of the school year for students, that most, if not all, teachers forced out because of enrollment-based budget cuts at their schools will be able to find a position within the system before the next school year begins.

Mr. Banks, who is just six months into his tenure at the helm of the nation’s largest school system, said that “no teacher in the entire school system will lose their job as a result of this right sizing.”

Teachers who are excessed are placed into the city’s reserve pool and become eligible for jobs in other schools. Mr. Banks said that the number of teachers who are likely to land in the reserve pool this year is comparable with the numbers after the years before the pandemic. And with a mandate that schools first hire those teachers before bringing new teachers into the system, “we expect all of those excessed teachers to be picked up,” Mr. Banks said.

“We have several thousand teachers to hire this year and we will hire them,” he said. “You’re not going to come back in September and see like dozens of people still sitting around.”

But Michael Mulgrew, president of the United Federation of Teachers, the New York City teachers’ union, said the decision to shuffle teachers between schools based on a “false narrative” of necessary budget cuts was “unacceptable.”

He said that the city has $4.6 billion in unspent federal pandemic aid. “Those funds should be used to give our students the learning conditions, including smaller class sizes, they need to recover,” Mr. Mulgrew said. “Our students need stability.”

Mr. Banks’s assurance that teachers will remain employed in new schools does not address the destabilizing impact on students, said Crystal Hudson, a councilwoman from Brooklyn, who was among 44 out of 50 City Council members who voted for the budget deal that included the cuts.

“It is also time we reconsider a system that allocates resources not on a qualified determination of need, but rather on a stubborn belief that faltering schools should languish,” she said in a statement, “punishing our poor and working-class Black and brown communities, while those with means prosper.”

Mr. Banks argued Monday that adjusting funding to reflect a school’s enrollment changes is nothing new, adding, “I was a principal for 11 years, the first thing I used to do is check the budget.”

But the idea that the cuts were a normal part of the budget cycle did little to satisfy parents, educators and elected officials, who voiced their dissatisfaction at protests, on social media and at a meeting on Thursday of the Panel For Educational Policy, a local board made up of appointees mostly appointed by the mayor.

Jessica Beck, a seventh grade teacher at 75 Morton Middle School, in Manhattan, testified at Thursday’s panel, and said she was excessed earlier this month when the school’s budget was reduced by 43 percent.

Ms. Beck spoke about how, in addition to teaching, she has helped students with buying art supplies, lunches and even books they wanted to read. “And during the month of June, I’ve wiped their tears and assured them the future is hopeful even as I’ve told them I’m leaving,” she said.

She added: “As I think about how relationships matter to our students, I can’t help but think how unimportant and insignificant we’ve been when this administration made budget decisions.”

Under the enacted budget, schools losing funds will see an average of $402,000 cut from their budgets, said Brad Lander, the New York City comptroller.

“These cuts might mean going from four sections of a grade to three, thus boosting class size from 25 to 32, or losing their only art or music teacher,” Mr. Lander said. “While not every individual excessed teacher will be out of work, schools will lose the small classes and enrichment programs that students need to thrive.”

This is a bad situation that might only get worse in the years to come.