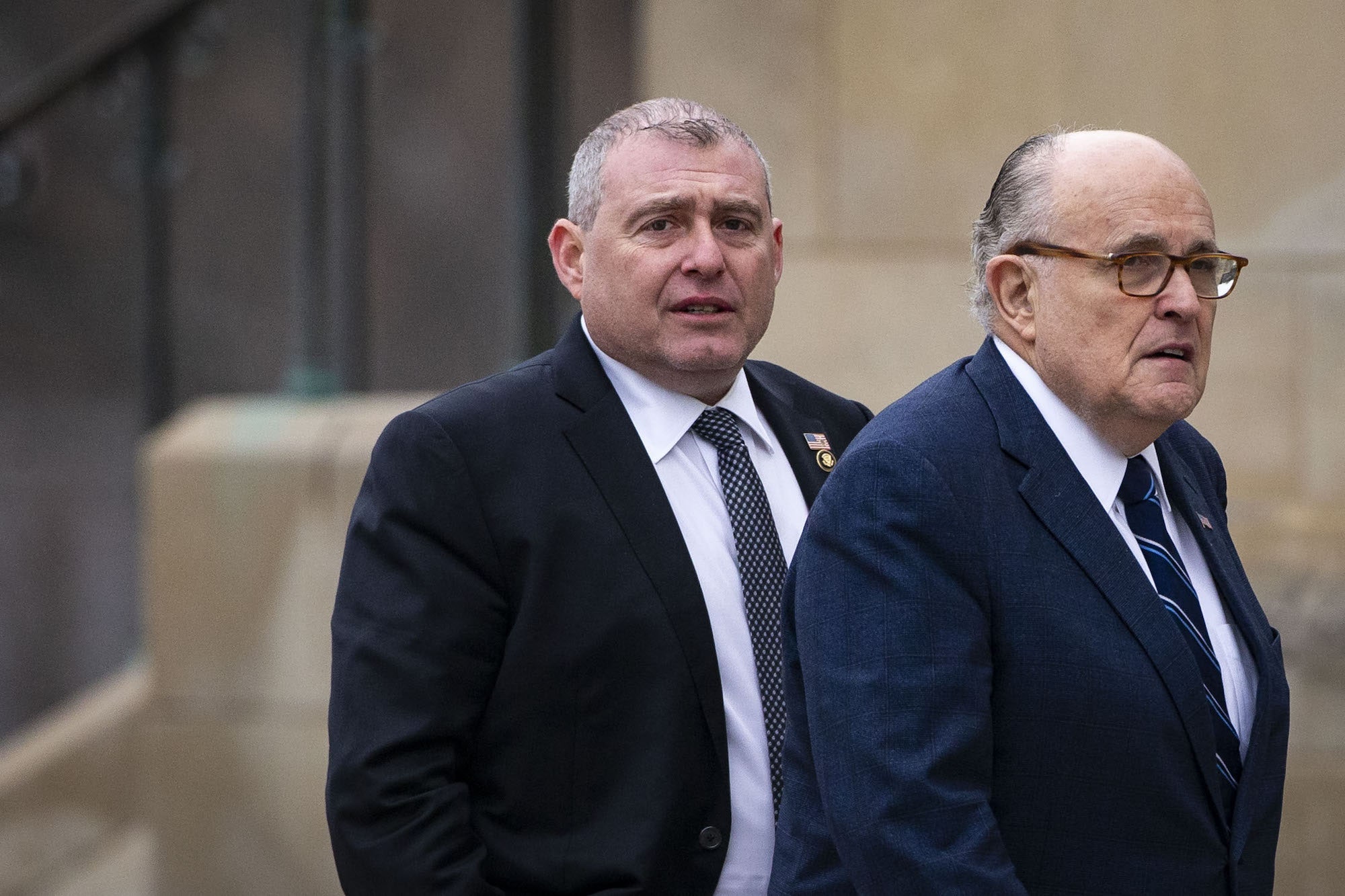 Lev Parnas, an associate of Rudy Giuliani who was a figure in former President Donald Trump’s first impeachment investigation, was sentenced yesterday to a year and eight months in prison for fraud and campaign finance crimes by a judge who said fraud had become “a way of life” for Parnas. As reported by several media sources.

Parnas, 50, had sought leniency on grounds that he’d cooperated with the Congressional probe of Trump and his efforts to get Ukrainian leaders to investigate President Joe Biden’s son.

U.S. District Judge J. Paul Oetken didn’t give Parnas credit for that assistance, which came only after the Soviet-born businessman was facing criminal charges. But the judge still imposed a sentence lighter than the six years sought by prosecutors.

The judge also ordered Parnas to pay $2.3 million in restitution.

The various schemes Parnas deployed to get money that prosecutors claim say fueled a lavish lifestyle led Oetken to say that for Parnas, fraud “was essentially a way of life, a way of doing business.”

Addressing the court before the sentence was announced, Parnas sobbed and apologized to those who had lost money investing in his business ventures.

“A lot that you heard is true, your honor. I have not been a good person my whole life. I’ve made mistakes. And I admit it,” Parnas said. “I want to apologize to all the victims that I hurt. These are all people who are my friends, all people who trusted me, and I lied to them to further my personal agenda.”

The criminal case against Parnas was not directly related to his work acting as a fixer for Giuliani as the former New York City mayor lobbied Ukrainian officials to launch an investigation of Biden’s son, Hunter.

Instead, it zeroed in on donations Parnas had illegally made to a number of U.S. politicians using the riches of a wealthy Russian to jump-start a legal recreational-marijuana business.

In March, Parnas also pleaded guilty to a wire fraud conspiracy, admitting that he and a partner had given investors false information about a Florida-based business, Fraud Guarantee, that promised it could protect people against fraud.

That new company hired Giuliani as a consultant at a time when some Ukrainian figures were trying to curry favor with the Trump administration, agreeing to pay him $500,000.

Charles Gucciardo, a Long Island attorney who put up the cash to pay Giuliani, told the judge during the sentencing hearing that he hoped the former Manhattan federal prosecutor would return the money, since Fraud Guarantee turned out to be a fraud.

“My bet is he’s going to give me that money back,” he said, adding that he didn’t blame Giuliani, who has not been charged with any crimes in connection with the scheme.

Outside of court, Parnas said that he didn’t believe Giuliani would return the money.

“I don’t think he’ll pay him back because, as you can see, he’s gone down the path of no return. He’s just an evil man, unfortunately, and somebody that I’m very, very sad that I had to meet,” he said.

Giuliani, who was working at the time as a personal lawyer for Trump, has said he knew nothing about the crimes of Parnas and others.

Federal prosecutors are investigating whether Giuliani’s interactions with Ukrainian figures violated a federal law that governs lobbying on behalf of foreign countries or entities.

Parnas and a business associate, Igor Fruman, attracted attention from reporters after arranging big donations to Republican politicians, including a $325,000 donation to a political action committee supporting Trump.

An October conviction also supported a finding that he made illegal donations in 2018 to promote a new energy company.

During Parnas’ sentencing hearing, the judge also heard from others who had lost money with him in failed business deals.

Dianne Pues said the businessman “destroyed my life” when he failed to repay money she and her husband had loaned him to produce a movie called “Anatomy of an Assassin.”

Parnas promised he would become a new person, sometimes turning around in court to looked for victims as he expressed contrition.

“I’d like to apologize to Mr. Gucciardo. Even though I never spent a dollar of his money. I lied to him and used our friendship. Charles, I am sorry,” he said.

Parnas got one thing right – Giuliani is evil!