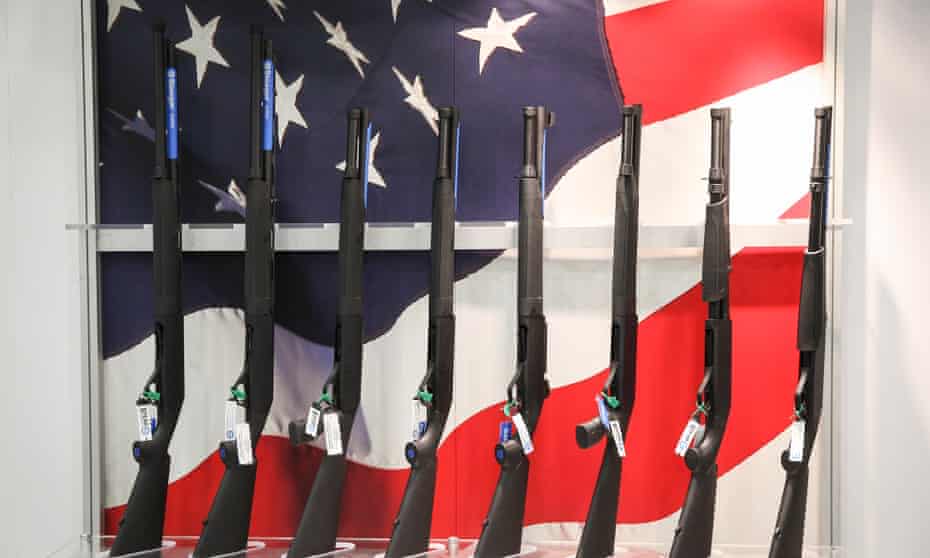 Michelle Goldberg had an article in yesterday’s New York Times entitled, “America May Be Broken Beyond Repair.” Goldberg assesses the political climate in our country and its inability to pass any significant gun legislation in the wake of the Uvalde tragedy.  She comments that Republicans have no intention of letting Democrats pass even modest measures like strengthened background checks, and as long as the Democratic senators Joe Manchin and Kyrsten Sinema refuse to amend the filibuster, Republicans retain a veto over national policy. Victims of our increasingly frequent mass shootings are collateral damage in a cold civil war, though some Democrats refuse to acknowledge it, let alone fight it.

She quotes a Republican state representative from Florida to make her point;

“These days, it’s barely remarkable when Republicans issue what sound like threats against those who’d dare curtail their private arsenals. “I have news for the embarrassment that claims to be our president — try to take our guns and you’ll learn why the Second Amendment was written in the first place,” Randy Fine, a state representative in Florida, tweeted on Wednesday.

Her sober conclusion is:  “The real nightmare is not that the repetition of nihilist terrorism brings American politics to an inflection point, but that it doesn’t. The nightmare is that we simply stumble on, helpless as things keep getting worse.”

I hope she is wrong!

Below is an extended excerpt.

“It will be impossible to do anything about guns in this country, at least at a national level, as long as Democrats depend on the cooperation of a party that holds in reserve the possibility of insurrection. The slaughter of children in Texas has done little to alter this dynamic…

…Fine’s words echoed Donald Trump’s during the 2016 election, when he said that “Second Amendment people” might be able to stop a President Hillary Clinton from appointing Supreme Court justices. What was once a barely concealed insinuation of violence has morphed, especially since Jan. 6, into an even more forthright menace. As ProPublica has reported, dozens of members of the Oath Keepers militia were arrested in connection with the attack on the Capitol, but that hasn’t stopped the organization from “evolving into a force within the Republican Party.”

In Shasta County, a conservative part of rural Northern California, a militia-aligned faction has secured a majority on the board of supervisors, in what members of the movement see as a blueprint that can be deployed nationally. Throughout the country, reported The New York Times, “right-wing Republicans are talking more openly and frequently about the use of force as justifiable in opposition to those who dislodged him” — meaning Trump — “from power.” Expecting those same Republicans to collaborate with Democrats on public safety is madness.

The horrifying irony, the hideous ratchet, is that the more America is besieged by senseless violence, the more the paramilitary wing of the American right is strengthened. Gun sales tend to rise after mass shootings. Republicans responded to the massacre in Uvalde by doubling down on calls to arm teachers and “harden” schools. An article in The Federalist argued that parents must home-school so that kids can learn “in a controlled environment where guns can be safely carried for self-defense or locked away when not in use.” It’s a vision of a society — if you can call it that — where every family is a fortress.

Guns are now the leading cause of death for American children. Many conservatives consider this a price worth paying for their version of freedom. Our institutions give these conservatives disproportionate power whether or not they win elections. The filibuster renders the Senate largely impotent. Trump, a president who lost the popular vote, was able to appoint Supreme Court justices who are poised to help overturn a New York state law restricting the carrying of concealed weapons. It’s increasingly hard to see a path to small-d democratic reform.

And so among liberals, there’s an overwhelming feeling of despair. Even as people learn the names of all those murdered children, the most common sentiment is not “never again,” but a bitter acknowledgment that nothing is going to change. America is too sick, too broken. It is perhaps beyond repair.

Two years ago, David French, an anti-Trump conservative, published a book, “Divided We Fall,” warning of the possible crackup of the United States. It included two chapters imagining scenarios for how the dissolution of the country might happen. One involved a mass shooting at a school in California, to which the state’s people reacted “with white-hot rage.” French envisioned furious state politicians defying the Second Amendment, leading to a nullification crisis and blue-state secession.

He meant it as a cautionary tale, but rereading the chapter after Uvalde, it feels less bleak than our reality. In French’s scenario, atrocity has the effect of energizing people rather than immobilizing them. They are determined to fight, not resigned to defeat. They have audacity and hope.

The real nightmare is not that the repetition of nihilist terrorism brings American politics to an inflection point, but that it doesn’t. The nightmare is that we simply stumble on, helpless as things keep getting worse.”