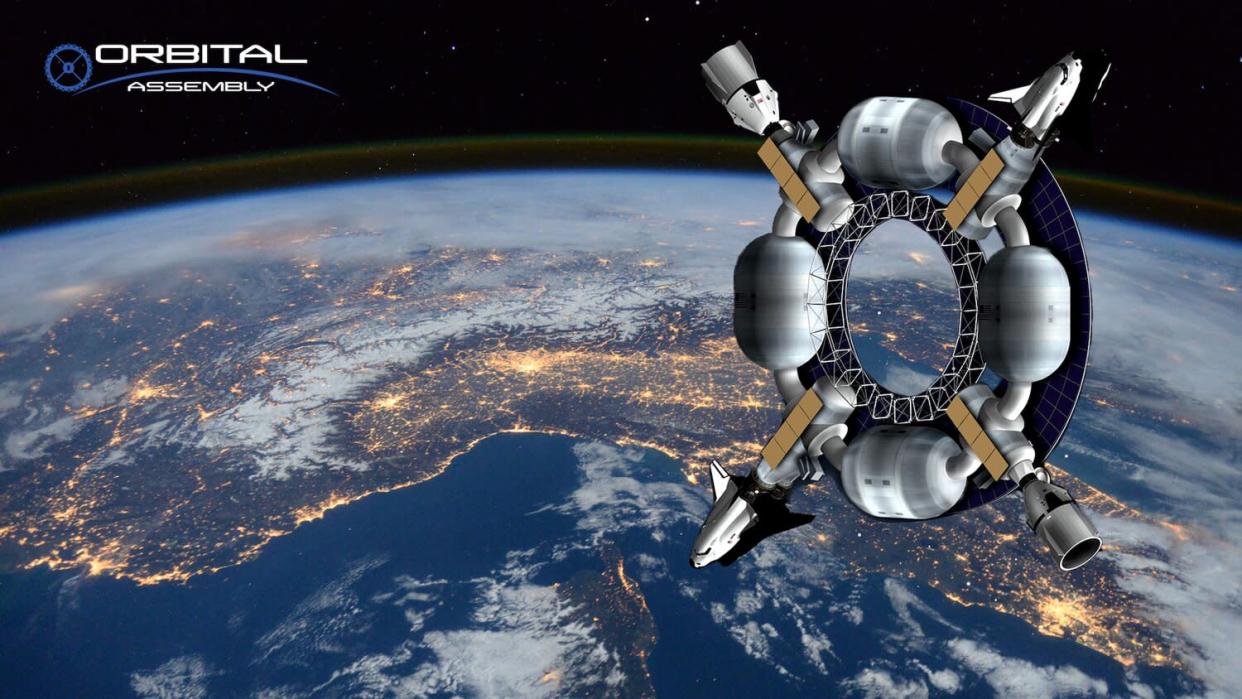 An artist’s rendering of the space hotel. (Orbital Assembly)

Orbital Assembly Corporation announced a new project that could launch a space hotel into orbit as soon as 2025; they plan to design two new stations customized to accommodate space tourism. The first, which might launch in just three years, has been coined Pioneer Station—and it’s an all-inclusive luxury dwelling that offers “incredible views of space from the comfort of your own hotel room stocked with gravity,” notes the company’s website.

According to its brochure, the Pioneer will be the first hybrid space station for both work and stay and offers accommodations for up to 28 people. The larger hotel, dubbed Voyager, can hold as many as 400 guests and is scheduled to open in 2027. “Voyager is a rotating space station designed to produce varying levels of artificial gravity by increasing or decreasing the rate of rotation,” OAC’s website states. “Artificial, or simulated, gravity is essential to long term habitation in space.” Though gravity is not yet available on either station, both Pioneer and Voyager are slated to have this technology in place by their respective launch dates; this will allow passengers to move around freely, just as they would on Earth.

Each station is shaped like a wheel with modules built around the Gravity Ring (see image above), which is believed to be the first, at-scale platform capable of providing this level of artificial gravity, notes the company’s press release. These modules will house office spaces and research facilities that will be available for rent. Military groups, research organizations, and other entities will be able to launch and attach to this Gravity Ring, which “can simulate all levels of gravity including Mars,” the release states.

While guests will still experience some weightlessness during their stay, the Gravity Ring makes it possible for them to easily drink out of a cup—and they won’t need to be strapped down to their beds at night, SmithsonianMagazine reports. Early designs of both Pioneer and Voyager’s interiors are indicative of an experience that doesn’t look too dissimilar to a luxury hotel here on Earth, with complete kitchens, bars, and more.

Beam me up, Scotty!