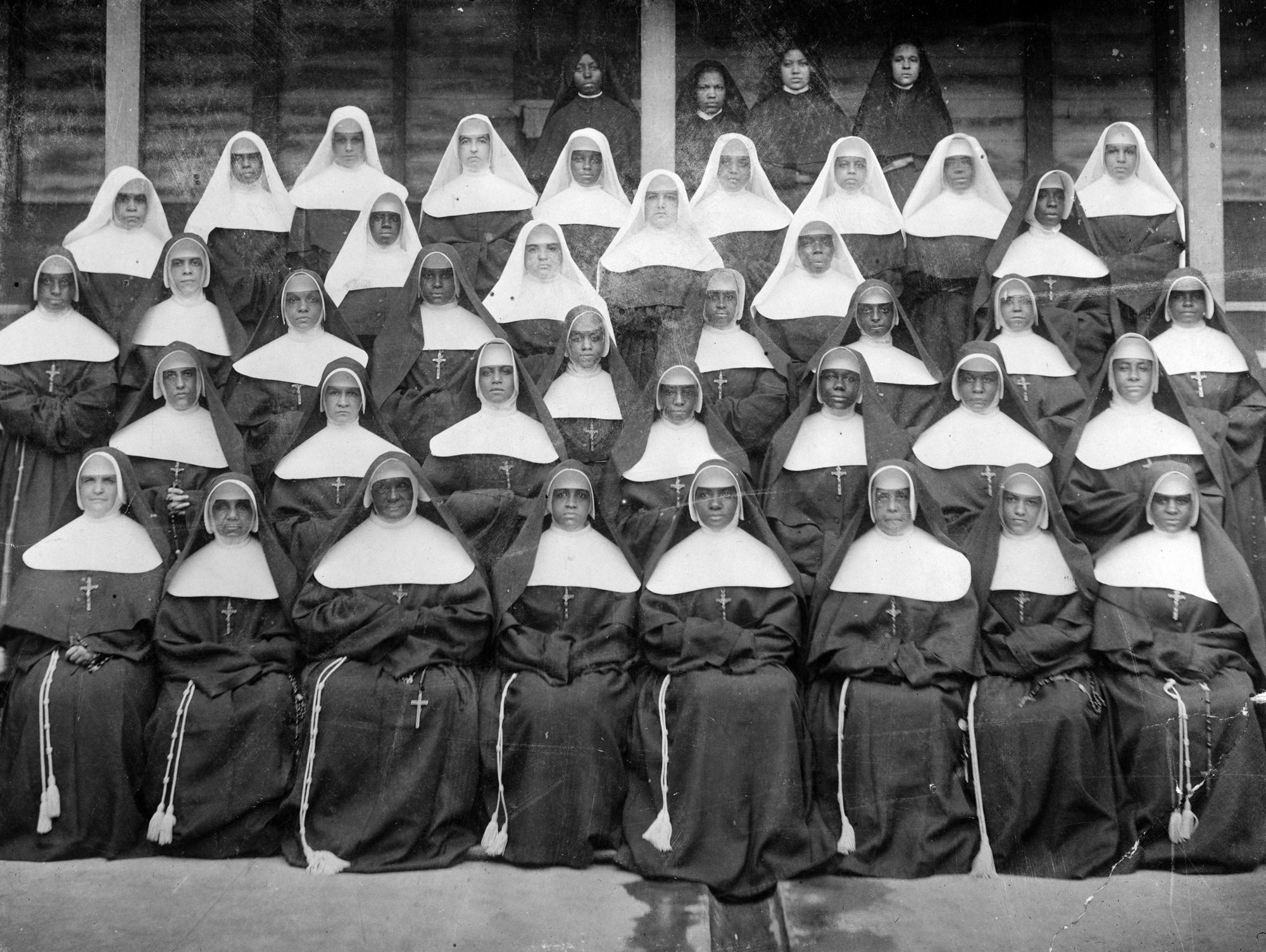 Over the weekend, the Associated Press had a feature article entitled, Black Catholic nuns: A compelling, long-overlooked history.  The author, David Crary reports on this population of dedicated women whose association with the Catholic Church has been neglected.  His article is based largely on an interview with Shannen Dee Williams, who has conducted extensive research for a new book entitled, Subversive Habits.   Here is an excerpt:

“After 14 years of tenacious research, Shannen Dee Williams – a history professor at the University of Dayton — arguably now knows more about America’s Black nuns than anyone in the world. Her comprehensive and compelling history of them, “Subversive Habits,” will be published May 17th.

Williams found that many Black nuns were modest about their achievements and reticent about sharing details of bad experiences, such as encountering racism and discrimination. Some acknowledged wrenching events only after Williams confronted them with details gleaned from other sources.

“For me, it was about recognizing the ways in which trauma silences people in ways they may not even be aware of,” she said.

The story is told chronologically, yet always in the context of a theme Williams forcefully outlines in her preface: that the nearly 200-year history of these nuns in the U.S. has been overlooked or suppressed by those who resented or disrespected them.

“For far too long, scholars of the American, Catholic, and Black pasts have unconsciously or consciously declared — by virtue of misrepresentation, marginalization, and outright erasure — that the history of Black Catholic nuns does not matter,” Williams writes, depicting her book as proof that their history “has always mattered.”

The book arrives as numerous American institutions, including religious groups, grapple with their racist pasts and shine a spotlight on their communities’ overlooked Black pioneers.”

As a toddler growing up in the Bronx in the early 1950s, my mother would take me shopping with her on 3rd Avenue.
Every once in a while, we would see a Black nun in front of one of the department stores, sitting with a small up, and quietly saying a rosary.  My other always gave me a dime to drop in the cup.