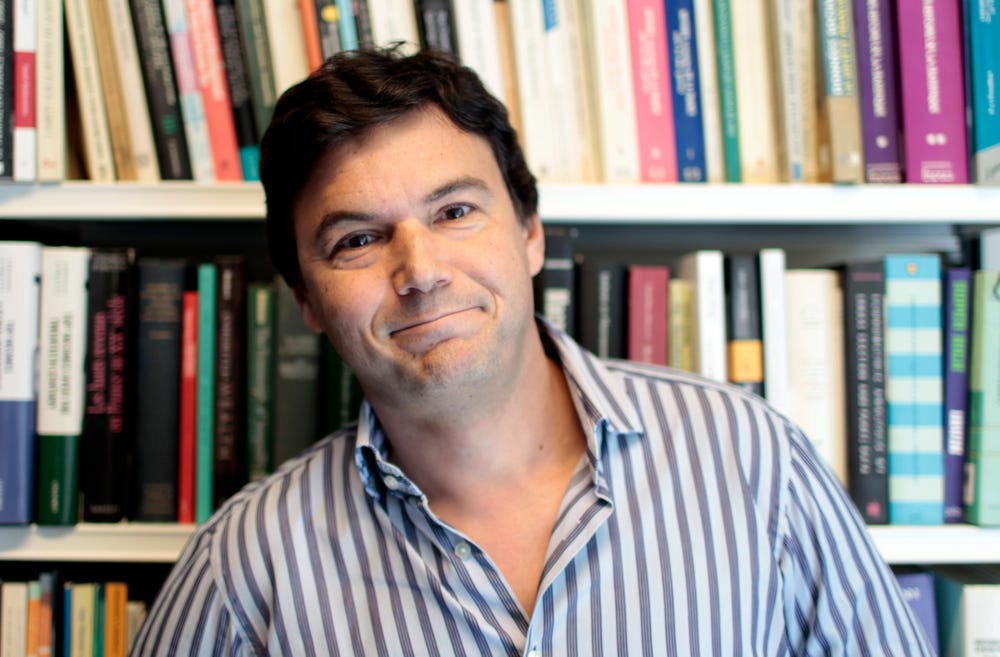 In 2013, the French economist Thomas Piketty, in his best seller, Capital in the Twenty-First Century, a book eagerly received in the wake of the 2008 economic collapse, put forth the notion that returns on capital historically outstrip economic growth (his famous r>g formula). The upshot? The rich get richer, while the rest of us stay stuck in the mud. Now, nearly a decade later, Piketty is set to publish, A Brief History of Equality, in which he argues that we’re on a trajectory of greater, not less, equality and lays out his prescriptions for remedying our current corrosive wealth disparities. If the line from one book to the other looks slightly askew given the state of the world, then, Piketty suggests, you’re looking from the wrong vantage point. “I am relatively optimistic,” says Piketty, who is 50, “about the fact that there is a long-run movement toward more equality, which goes beyond the little details of what happens within a specific decade.”  In an interview with David Marchese, Piketty expands on his revised outlook.  Below is an excerpt. Questions in bold.

In the time since “Capital in the Twenty-First Century” was published, there has been a huge proliferation in the number of American billionaires. Something like 130 new ones were added between 2020 and 2021 alone. That happened in the context of growing public discussion — and anger — about economic inequality. So what the hell happened? What enabled the ultrawealthy to flourish in the face of such widespread antipathy?

Let me put this very clearly: I understand that each year and each decade is tremendously important, but it’s also important not to forget about the general evolution. We have become much more equal societies in terms of political equality, economic equality, social equality, as compared with 100 years ago, 200 years ago. This movement, which began with the French and U.S. revolutions, I think it is going to continue.

Of course there are structural factors that make it difficult: the system of political finance, the structure of media finance, the basic democratic institutions are less democratic than they should be. This makes things complicated. But it’s always been complicated. The Supreme Court for decades made it impossible to create a progressive income tax. They were fine with the racial segregation, but having a progressive income tax was unconstitutional. In the end, it took 20 years to change the Constitution, but

OK, so you’re saying that the long-term trend is toward more equality. But in 1990 there were 66 U.S. billionaires. Now there are more than 700. Over the last 40 years or so, chief-executive pay is up more than 900 percent, even accounting for inflation. The average worker’s pay over the same period is up only 12 percent. You believe we should be thinking of those facts as road bumps on the path to greater economic equality?

If you take the big picture, yes. But the other lesson from the big picture, from history, is that it takes major political mobilization to keep moving in the direction of equality. In the United States today, the democratic institutions, the rules of the game, are set up in a manner that, indeed, the rich are entrenched. But if you look at opinion polls about a billionaire tax in the U.S. — among Democratic and also Republican voters — you have said that they strongly or somewhat agreed that “the very rich should contribute an extra share of their total wealth each year to support public programs.”

What did you think of the billionaire tax that Biden just proposed?

It would have been better before his election. If you had told the American public before the elections that he wanted a wealth tax — which again is something that is very high in opinion polls — this would have been much easier. This could have forced the Democratic Congress to take a stand. It’s more complicated now. But if it works, it’s better than nothing.

I understand what you’re saying about the popularity of a proposed billionaire tax, but do you believe America is at a place where a phrase like “wealth redistribution,” which is what you’re talking about, is broadly politically plausible?

When you say Americans don’t like redistribution, some certainly don’t like it, but in the 20th century, high, progressive taxation of income and inherited wealth was to a large extent invented in the United States. That’s why it always makes me skeptical when people say, Americans don’t like this, don’t like that. Look at history! There’s no deterministic reason why a given country should be this or that. Sometimes, in my country and in the U.S. also, people tell you, “Look, we are not Swedes.” This is used as an argument to say that there is a culture of equality in Sweden, which we would never have.