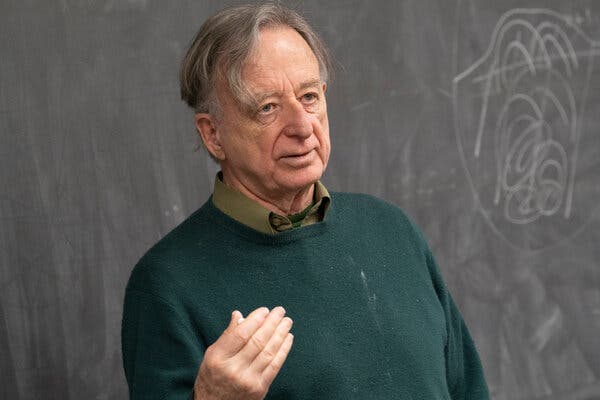 CUNY Distinguished Professor Dennis Sullivan is the recipient of the 2022 Abel Prize for Mathematics.  The prize – equivalent to a Nobel Prize in Math – is awarded to Sullivan by the Norwegian Academy of Science and Letters for his “groundbreaking contributions to topology in its broadest sense, and in particular its algebraic, geometric, and dynamical aspects.” As a part of the award, he will receive 7.5 million Norwegian kroner (nearly $860,000 US).

Sullivan was one of the leading figures in great advances in understanding the topology of manifolds in higher dimensions during the late 60s and 70s. Some of the best of his early work for many years was only available if you could find a copy of unpublished mimeographed notes from a 1970 MIT course. In 2005 a Tex’ed version of the notes was finally published (available here). This includes as a postscript Sullivan’s own description of this work, how it came about, and how it influenced his later work.

This was followed by wonderful work on rational homotopy theory, making use of differential forms. For this, see Sullivan’s 1977 Infinitesimal computations in topology, and lecture notes on this by Phil Griffiths and John Morgan. In later years Sullivan’s attention turned to subjects with which I’m not very familiar: topics in dynamical systems and the development of what he called “string topology”.

Since 1981 Sullivan has held the Einstein chair at the CUNY Graduate Center, running a seminar each week that concentrates on the relation between topology and QFT. For many years these were held in a Russian style, going on for multiple hours, possibly with a break, until all participants were exhausted. There’s a remarkable collection of videos of these lectures at the seminar site, including many going way back into the 80s and 90s, with video recorded at a time when this was quite unusual (more recent ones are on Youtube).