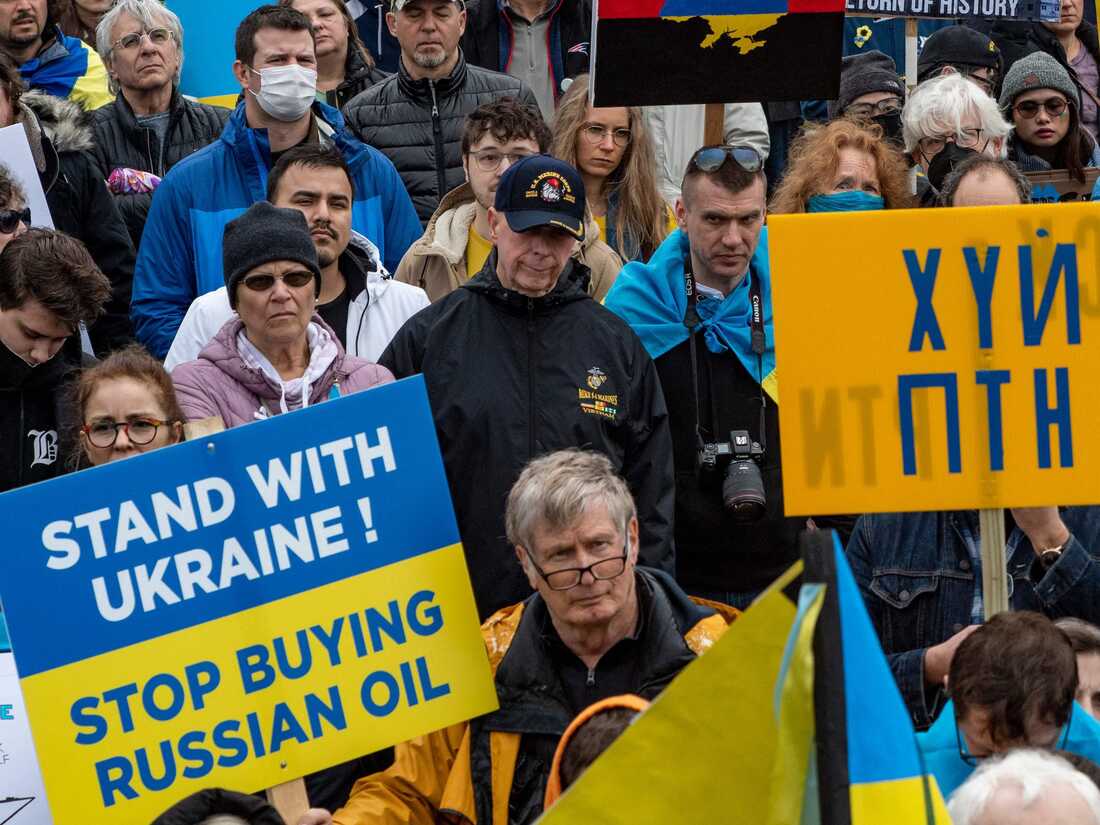 The House of Representatives overwhelmingly approved legislation last night that would ban Russian oil imports to the United States, an effort to put into law the restrictions announced by President Joe Biden in response to the escalating war in Ukraine.

Going further than Biden’s import ban on Russian oil, the bill making its way through Congress would also encourage a review of Russia’s status in the World Trade Organization and signal U.S. support for sanctions on Russian officials over human rights violations, as the U.S. works to economically isolate the regime.

Lawmakers in both parties have been eager to act, willing to risk higher gas prices at home in order to support Ukraine with a show of U.S. bipartisanship. The legislation was approved Wednesday, 414-17, and now goes to the Senate.  As reported by ABC News.

“It is one way to demonstrate our solidarity,” Doggett said during the debate.

The remarkable bipartisan resolve in Congress to deter Russia and help Ukraine has acted as an accelerant on the White House’s own strategy, pushing the Biden administration to move more quickly than it would have — a rare example of the legislative branch muscling its way into foreign policy.

Just days ago, the Biden administration was reluctant to ban Russian oil imports, worried about reducing the global energy supply and causing spikes in gas prices at a time when U.S. households already face record-setting inflation.

“We’ve been talking about doing the Russian (energy) ban for a while, and we’re so pleased the president has done that,” House Speaker Nancy Pelosi said ahead of the vote.

While Russian oil makes up only a small part of U.S. imports, it carries a high price for lawmakers in Congress who viewed the ban as a moral test in blocking an economic lifeline for Putin’s regime. Lawmakers appeared especially moved by Ukrainian President Volodymr Zelenskyy’s “desperate plea” for help during a weekend video call with lawmakers.

“We stand with the people of Ukraine, Democrats and Republicans alike,” said Rep. Lloyd Smucker, R-Pa.

House GOP leader Kevin McCarthy said Republicans would have preferred a tougher bill on Russia, alongside efforts to allow more energy production in the U.S. Nevertheless, they wanted to send a show of support.

The GOP leader distanced himself from former President Donald Trump’s views that Putin is a “genius” for his Ukraine strategy.

“I do not think anything savvy or genius about Putin. I think Putin is evil. He’s a dictator,” McCarthy said.

The action comes as Congress is on track to approve nearly $14 billion in military and humanitarian aid for Ukraine, a package that has swelled in size as the brutality of the war intensifies. More than 2 million Ukrainians have fled the country in the most rapid exodus since World War II.

The legislation in many ways is symbolic, since Biden has already announced the Russian oil ban. But the legislative push sets up the next showdown over Russia’s trade status as Congress presses for restrictions on other imports from Russia that the administration has so far resisted.

The White House intervened over the weekend as key lawmakers from both the House and Senate prepared a more punitive bill that would begin to strip Russia of its permanent normal trade relation status — a move that would have opened the door to tariffs on other goods coming from Russia to the U.S.

Amid the administration’s objections, Democratic leaders in Congress shelved the emerging bill rather than forcing a confrontation with their party’s president.

Instead, the new legislation approved by the House stops short of suspending Russia’s normal trade status. Rather, it calls for a review of Russia’s status at the World Trade Organization. The House bill also says the Global Magnitsky Human Rights Accountability Act should be bolstered to allow the president to impose sanctions on any foreign person who has “directly or indirectly engaged in serious human rights abuse.”

The Democrats in Congress are toggling between pushing their priorities and allowing the Biden administration leeway as it works with allies in Europe and beyond to stop Putin’s war.

Senators, though, remain eager to curb Russian trade with restrictions on imports to the U.S., and Republican senators may try to amend the bill once it comes up for a Senate debate, likely in the week ahead. The bipartisan bill as initially drafted would have suspended normal trade relations with Russia as well as Belarus, the neighboring Russian ally that has been used as a launch point for incursions into northern Ukraine.

Good to see bipartisanship on this issue!