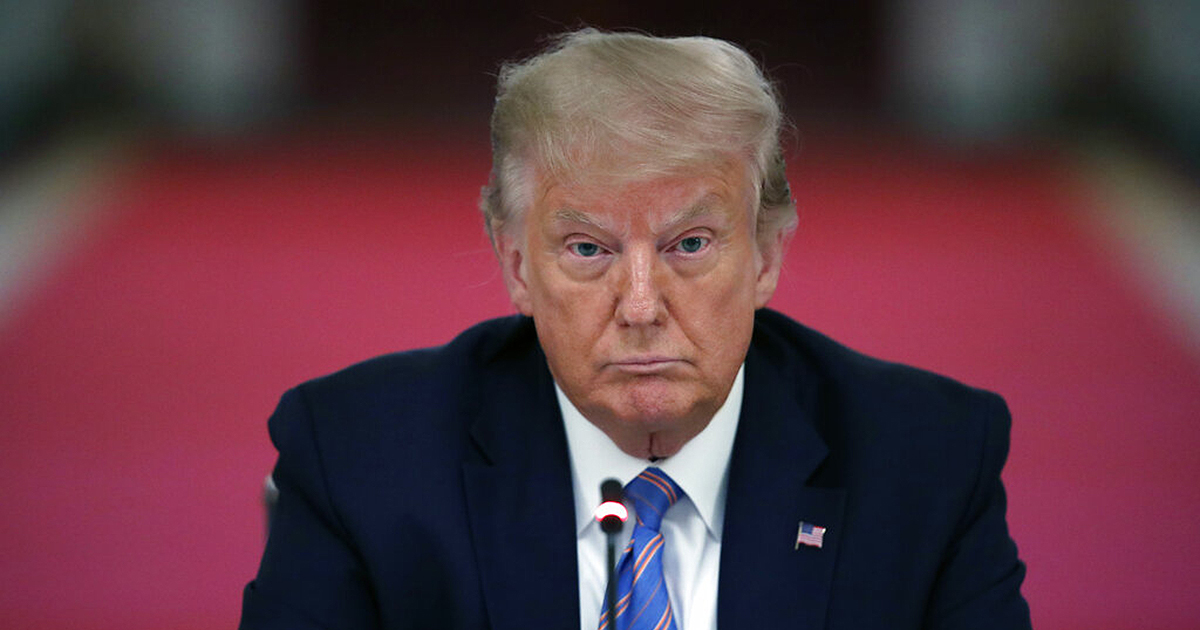 The House select committee investigating the January 6 attack on the U.S. Capitol said in a court filing yesterday that it had evidence that former President Trump and his allies engaged in a “criminal conspiracy” by trying to block Congress from certifying the election.

This is the first time the committee has laid out a potential criminal case against Trump.

The committee’s filing represented a significant moment in its investigation, because it included rare disclosures of its findings. It also included excerpts of the panel’s depositions and interviews with witnesses, including former Vice President Mike Pence’s top advisers, former Justice Department leaders, and those close to Trump.

Wednesday’s filing was in response to a lawsuit brought by right-wing attorney John Eastman, who advised Trump in his final weeks in office. Eastman has refused to provide documents to the committee and invoked attorney-client privilege, saying he was Trump’s lawyer.

The document details how, as Trump and his associates pushed allegations of voter fraud in the weeks following the 2020 election, the former president was told multiple times they weren’t supported by evidence. As reported by CBS News.

The filing also describes how Eastman advised Trump to “press an unconstitutional plan” and sought to persuade Vice President Pence and his advisers to go along with the effort. And the committee revealed how, as the January 6 attack at the Capitol was underway, Eastman and Pence’s lawyer traded blame over the violence. In one email, Pence’s lawyer Greg Jacob wrote, “thanks to your bull***t we are now under siege.” Eastman responded, “The ‘siege’ is because YOU and your boss did not do what was necessary to allow this to be aired in a public way so that the American people can see for themselves what happened.”

“The facts we’ve gathered strongly suggest that Dr. Eastman’s emails may show that he helped Donald Trump advance a corrupt scheme to obstruct the counting of electoral college ballots and a conspiracy to impede the transfer of power,” they said in a statement.

The panel said evidence showed a “good-faith basis for concluding” that the former president illegally sought to obstruct an official proceeding and “did so corruptly.”

“Evidence and information available to the Committee establishes a good-faith belief that Mr. Trump and others may have engaged in criminal and/or fraudulent acts, and that Plaintiff’s legal assistance was used in furtherance of those activities,” lawyers for the committee argued in their court filing Wednesday evening.

The committee said in the filing that Eastman spoke at the rally on the morning of January 6, and alleges he was not simply serving as an adviser, but participated in “spreading proven falsehoods to the tens of thousands of people attending that rally, and appears to have a broader role in many of the specific issues the Select Committee is investigating.”

Thompson and Cheney said in a statement late Wednesday that, as a judge noted in a previous hearing, “Dr. Eastman’s privilege claims raise the question whether the crime-fraud exception to the attorney-client privilege applies in this situation.”

The committee explains that communications between a lawyer and client are not privileged from disclosure if a “client consults an attorney for advice that will serve him in the commission of a fraud or crime.”

In a statement, Eastman’s attorney, Charles Burnham, said: “Like all attorneys, Dr. John Eastman has a responsibility to protect client confidences, even at great personal risk and expense. The Select Committee has responded to Dr. Eastman’s efforts to discharge this responsibility by accusing him of criminal activity. Because this is a civil matter, Dr. Eastman will not have the benefit of the Constitutional protections normally afforded to those accused by their government of criminal conduct. Nonetheless, we look forward to responding in due course.”

Eastman invoked his Fifth Amendment right against self-incrimination to 146 questions in his deposition, according to the transcript in the filing.

“President Trump and members of his campaign knew he had not won enough legitimate state electoral votes to be declared the winner of the 2020 Presidential election during the January 6 Joint Session of Congress, but the President nevertheless sought to use the Vice President to manipulate the results in his favor,” the filing said.

The filing came hours after Thompson said the committee aims to release an interim report of its finding this June. Thompson told reporters Wednesday that the investigators’ goal was to wrap up depositions with witnesses by the beginning of April. The committee would then hold public hearings that month, which would be followed by an interim report in June, he said.

The committee’s timeline could be pushed back, however, if investigators find out new information or seek testimony and records from additional witnesses.

So far, investigators have spoken to over 650 witnesses, according to a panel aide. The committee has publicly issued just over 90 subpoenas.

House Speaker Nancy Pelosi created the House select committee last year to investigate the January 6 attack, when thousands of Trump supporters descended on the Capitol as Congress counted the electoral votes, a largely ceremonial final step affirming Joe Biden’s victory. The riot led to the deaths of five people and the arrests of hundreds more. Trump was impeached by the House one week later for inciting the riot but was acquitted by the Senate.

Another judicial screw tightens on Trump!