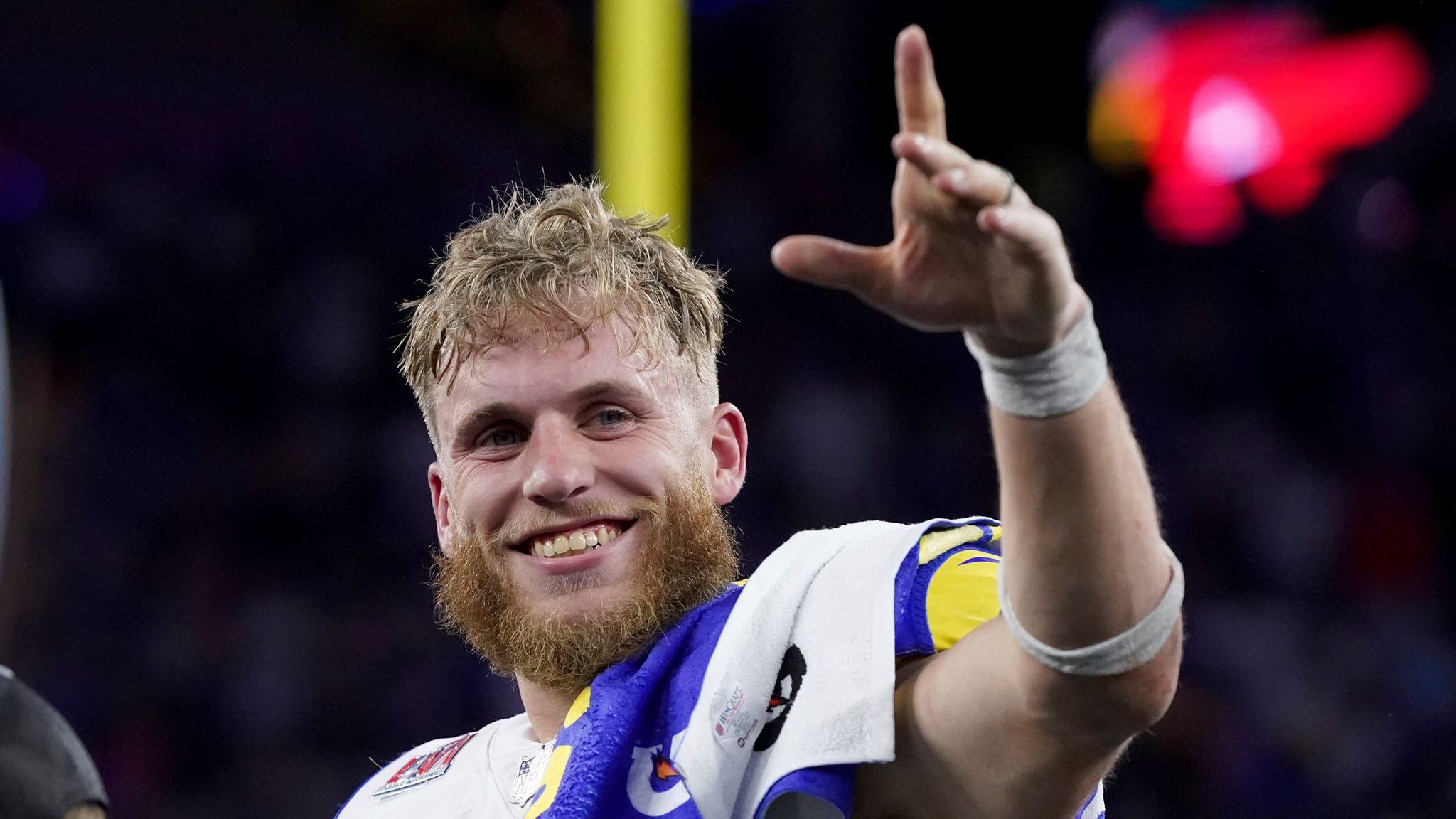 It not common for a player other than a quarterback to get an MVP award in a super bowl but Los Angeles wide-receiver Cooper Kupp did just that last night as LA best Cincinnati 23-20 in Super Bowl LVI.

Kupp beat Eli Apple for the back-shoulder 1-yard touchdown catch with 1:25 remaining to give the Rams their first Super Bowl title ever in Los Angeles with the victory over the Cincinnati Bengals.

The Rams put together the game-winning drive after barely being able to move the ball in their first seven drives after Kupp’s running mate Odell Beckham Jr. went down with a knee injury. That allowed the Bengals to focus their coverage on Kupp and slow him down, but the Rams didn’t care when the game was on the line.

“That’s hard work, that’s hours together,” quarterback Matthew Stafford said. “I just thank Coach (Sean McVay) for putting it … ‘Hey, Matthew, you and Coop go get this thing done.’ He kept calling plays for him, kept finding ways to get him the ball. He made unbelievable plays, that’s what he does.”

Kupp caught four passes for 39 yards on the game-winning drive, converted a fourth-and-1 with a 7-yard run and drew three penalties near the goal line to set the stage for his game-winning catch. It was a fitting end to one of the greatest seasons and postseason runs ever for a wide receiver.

Kupp joined Jerry Rice (1990), Sterling Sharpe (1992) and Steve Smith (2005) as the only players since the merger to lead the NFL in receptions, yards receiving and receiving yards in the same season when he had 145 catches for 1,947 yards and 16 touchdowns to win the AP Offensive Player of the Year.

Kupp joined Joe Montana in 1989 as the only players to win Super Bowl MVP and AP Offensive Player of the Year in the same season.

The performance in the Super Bowl was just as good when he had eight catches for 92 yards and the two TDs to go along with his key run. About the only thing Kupp didn’t do came when he missed Stafford on a pass on a trick play in the second half.

It’s quite a ride for someone who played his college ball at lower-level Eastern Washington before coming into the NFL as a third-round pick in 2017.

“I don’t really think about it. It was part of my journey,” Kupp said about becoming a star after getting no scholarship offers coming out of high school. “I don’t have any regrets or feel any grudge toward anyone. I’m just thankful for the path that I’ve been on.”

Kupp did it all during this playoff run, setting an NFL record with 33 catches and trailing only Larry Fitzgerald’s remarkable 2008 playoffs (30 catches for 546 yards and seven TDs) with his 478 yards and six TDs in four games.

“I just feel so undeserving of all these awards and accolades,” Kupp said. “I’ve played from a place of freedom and allowed myself to be in the moment every single time.”

A warrior who comes through in the clutch!