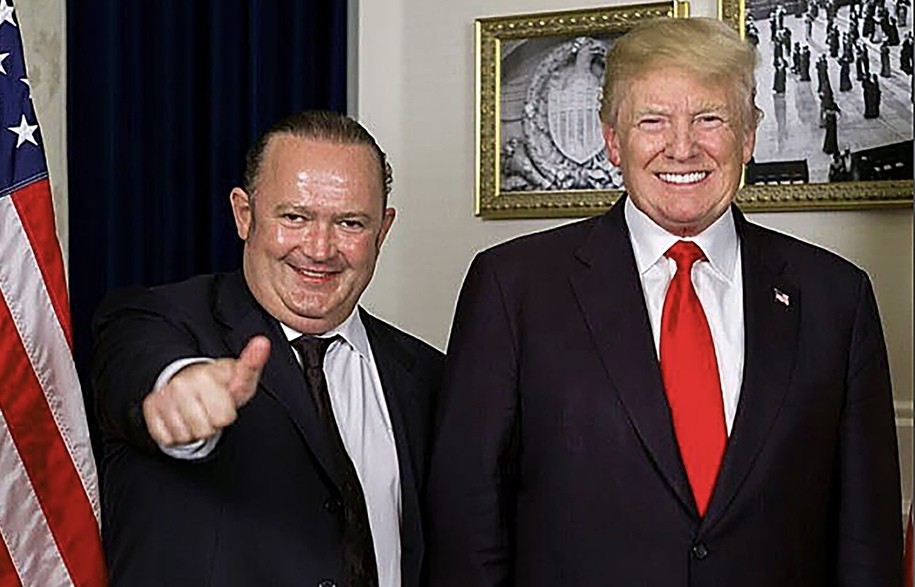 Igor Fruman, an associate of Rudolph W. Giuliani, who was a key player in a shadowy diplomacy campaign to advance then-President Donald J. Trump’s interests and damage his political adversaries, pleaded guilty to soliciting foreign campaign contributions by asking a Russian tycoon for $1 million for American political candidates. And yesterday a judge in Federal District Court in Manhattan fined Mr. Fruman $10,000 and sentenced him to one year and one day in prison, in addition to the more than two years Mr. Fruman has spent in home confinement since his arrest.  As reported by The New York Times and Reuters.

Addressing Judge J. Paul Oetken, Mr. Fruman said he had spent the time since his arrest reflecting on his actions.

“It’s a shame that will live with me forever,” he said. “But I can assure you, my family, and the government that I will never appear before yourself or another courtroom again.”

The sentencing closed a chapter for Mr. Fruman, who was arrested in 2019 at Dulles International Airport, along with a business partner, Lev Parnas, as they were about to leave the country.

The two Soviet-born businessmen had worked their way into Republican circles in 2018, donating money and posing for selfies with candidates. They had dinner with Mr. Trump at his hotel in Washington, D.C., and became friendly with Mr. Giuliani, the president’s personal lawyer.

Eventually, Mr. Fruman and Mr. Parnas were connected to investigations and an impeachment, assisting Mr. Giuliani as he attempted to undermine Joseph R. Biden Jr., who ended up defeating Mr. Trump in 2020.

Mr. Giuliani credited Mr. Fruman and Mr. Parnas with arranging a meeting with Viktor Shokin, Ukraine’s former top prosecutor and a key figure in Republican attacks on Mr. Biden and his son Hunter Biden, who served on the board of a Ukrainian energy company.

And Mr. Fruman’s connections helped lead to a meeting between Mr. Giuliani and Mr. Shokin’s successor, Yuriy Lutsenko, according to two people with knowledge of the arrangements. Mr. Lutsenko, who was helping Mr. Giuliani unearth damaging information about the Bidens, also wanted Marie L. Yovanovitch, the American ambassador to Ukraine, to be removed from her post. She was recalled in 2019.

While I give him credit for showing remorse, it is hard to forgive Fruman for his role in the 2020 election and the Ukraine affair.