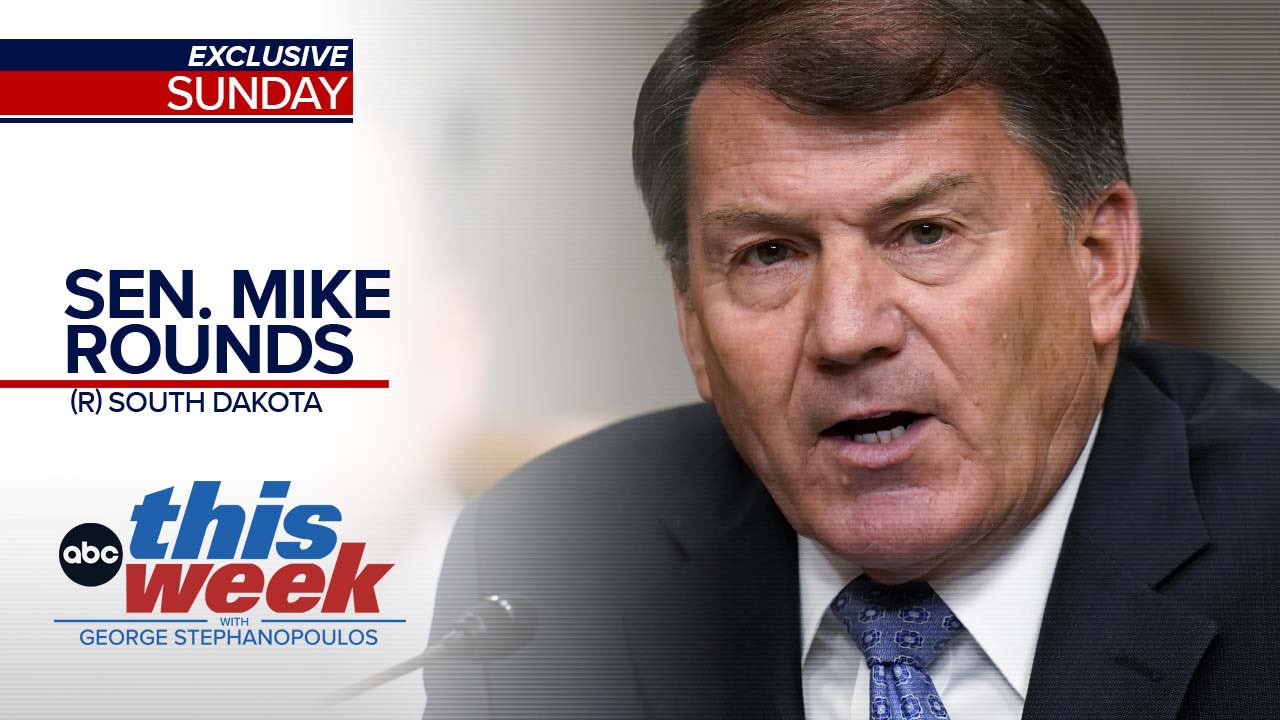 U.S. Sen. Mike Rounds of South Dakota has been telling people for the last year that the 2020 election was fair, but this week he did something few other Republicans have dared — tell a national audience that.

Now he wishes more Republicans would join him.  As reported by the Associated Press.

Rounds, who is in his second Senate term, has been telling local newspapers, radio shows and Rotary clubs in South Dakota that he checked out the allegations of election fraud made by former President Donald Trump and, while there were some “irregularities,” they all came up empty of anything that could counter the truth that Trump lost. So, when ABC News’ “This Week” asked the senator to appear on its January 9th Sunday show to discuss the Jan. 6, 2020, attack on the Capitol, Rounds said his decision was simple: “Well, of course I will.”

But the backlash from speaking was swift. Rounds said he wasn’t looking to pick a fight with Trump, but that’s exactly what happened. The former president called Rounds a “jerk” in a statement. Rounds stood by what he said, and argued there are many more Republicans like him — and they need to speak up.

“If we want to keep the trust and gain the trust of more individuals that are wondering, we have to probably say it a little bit louder and in more places that many of us normally either aren’t invited to talk or have chosen not to get into the fray,” Rounds told The Associated Press in an interview this week.

Rounds got backup after Trump’s attack from several high-profile Republicans, including Senate Majority Leader Mitch McConnell and fellow South Dakotan Sen. John Thune, who has had his own run-ins with Trump. But with the GOP still largely in the former president’s grip, it’s not clear whether Rounds’ defiance represents a slip in that grasp or whether he’s a lonely voice in the party.

Republicans have mostly avoided public talk of the deadliest domestic attack on Congress in the nation’s history, calling memorials and inquiries into the insurrection “politicized.” And Trump has clung to the notion that the election was stolen from him. In an interview Tuesday with National Public Radio, the former president said it was an “advantage” for Republicans to keep alleging fraud and that Rounds was “totally wrong.”

Sen. Rounds stands by his statement that Trump lost the 2020 election after the former president called him a “jerk” for saying so.

Some Republicans have worried that Trump’s attacks will wind up hurting the party, depressing turnout by conservatives and damaging them in future elections.

That’s a point Rounds made. He wants to move on from Trump’s baseless election fraud claims, but not before making it clear that Trump lost — fair and square. He said the party risks losing credibility and voters if Trump is allowed to undermine trust in the democratic process.

“We have to be more aggressive in reassuring conservatives that their vote counts,” Rounds said, adding “to give them reassurance that they can trust us and that we will speak the truth. And even if it’s the hard truth that’s hard to swallow, we’re not going to lie to them.”

In South Dakota, the reaction to Trump’s attack on Rounds has so far been muted compared to the backlash Thune faced last year when Trump lashed out at him for saying that the attempt to overturn the election would “go down like a shot dog” in the Senate.

Gov. Kristi Noem, who has aligned herself more closely with Trump than any other South Dakota politician, said Tuesday she was not aware of the exchange between Rounds and Trump. And Jeff Holbrook, the chair of the Pennington County GOP, one of the state’s largest county parties that held “Stop the Steal” rallies in support of Trump after the 2020 election, said he had seen little reaction to Trump’s attack on Rounds.

Rounds said he has heard plenty about the exchange, acknowledging that some reaction was negative, but he said the “vast majority” was from people thanking him for speaking up.

Trump jabbed at Rounds by saying he only had courage to make those remarks because he doesn’t face reelection until 2026, and he pledged that he would never again endorse Rounds.

Rounds acknowledged that some Republicans facing earlier primaries would not “disappoint a part of the base that really does have a loyalty to the former president.”

But he argued it could be done, pointing to Thune, who recently mulled retirement before announcing last week he would seek another term. Though Thune has a large campaign fund and a seemingly clear path to reelection, he has drawn a handful of primary challenges from an insurgent group of conservatives seeking to unseat anyone who hasn’t bought into the Trump brand of politics.

“He’s not looking for a fight,” Rounds said of Thune. “He just wants to be honest with the people.”

One of Thune’s challengers, Bruce Whalen, had cautionary words for Rounds.

“He needs to remember that South Dakota is predominantly MAGA and there are just so many angry people out there right now,” Whalen said.

More Republicans need to speak out and face down the cowardly loser, Donald Trump!