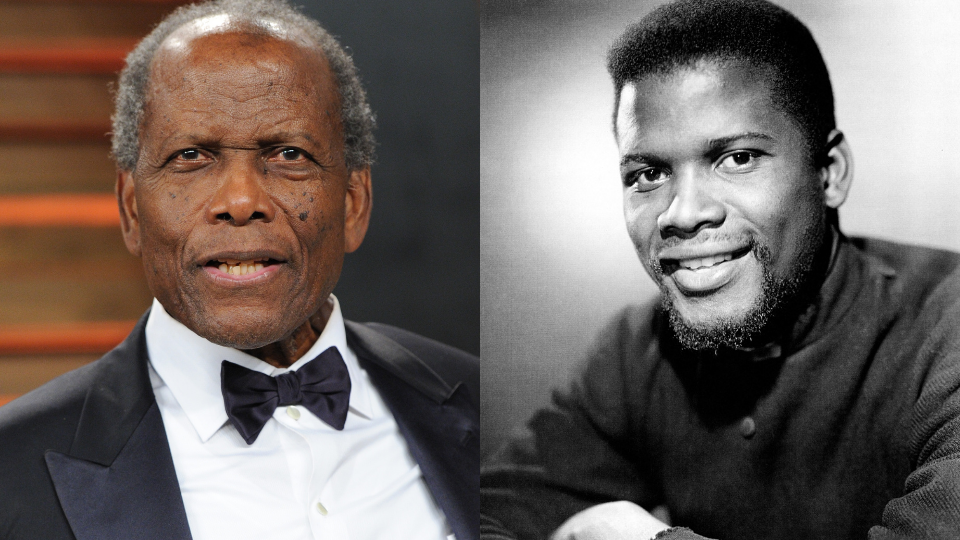 The dedication below to Sidney Poitier who died on January 6th, was published in Vanity Fair.  It reflects well the depth and greatness of Mr. Poitier, the man and the actor.

To Sidney, With Love

Sidney Poitier wasn’t just an actor—but he was a really great actor.

Just one week into 2022, another titan of cinema has fallen. On Thursday, January 6, Sidney Poitier—the first Black man to ever win the Oscar for best actor—died at 94. The timing of Poitier’s loss poetically and painfully echoes that of another Black icon of cinema, Cicely Tyson, who died in January of last year. Like Tyson, Poitier projected superhuman levels of grace both on and off camera. They both became civil rights activists, not necessarily by choice but because their era demanded it, and used their influence as movie stars to advocate for tangible change for Black people across the nation. Both Tyson and Poitier were synonymous with Black excellence—a testament not only to all that we could achieve, but all that we could do for others in the process.

In the ’50s and ’60s, Poitier knew that as Hollywood’s sole Black leading man, everyone was constantly watching him—looking for him to set an example. Poitier was “the only one,” he has been quoted as saying. “I felt very much as if I were representing 15, 18 million people with every move I made,” he once wrote. While this responsibility may sound crushing, Poitier rose to the occasion, imbuing all of his roles with a dignity that stretched beyond whatever character he happened to be playing, whether doctor or prisoner.

And while he’ll certainly be remembered for his poise, it would be a shame to forget what a versatile, nuanced, and engaging actor Poitier was as well. To Sir, With Love; In the Heat of the Night; and Guess Who’s Coming to Dinner—three vastly different movies—were all released in 1967, making him Hollywood’s top box-office star at the time. In the first, Poitier played Mark Thackeray, an immigrant to Britain and unwitting high school teacher tasked with getting a classroom of unruly students on his side. With Mark, Poitier utilized his soft charm, his stoic patience, and his commanding presence to effectively create the “inspiring teacher” archetype that films like Dead Poets Society and Mona Lisa Smile have been emulating ever since.

And then there’s In the Heat of the Night, where Poitier played Virgil Tibbs, the stone-cold, tough-as-nails Philadelphia detective who finds himself investigating a murder in Mississippi. Looking stark Southern racism square in the eye, Poitier never loses his cool, whether he’s slapping plantation owner Endicott across the jaw, or, after being called a slur, delivering the film’s most iconic line: “They call me Mr. Tibbs.” That incredible composure resonated with audiences Black and white, winning In the Heat of the Night the Oscar for best picture.

In the interracial marriage drama Guess Who’s Coming to Dinner, Poitier plays Dr. John Wade Prentice—a heretofore model minority who upsets his family by marrying a white woman—and shows his fiery passion, the gravitas that made him a force to be reckoned with. In a rousing monologue, Poitier gets to speak for an entire generation—really, every generation battling against the antiquated and close-minded ways of the past. He lets loose; he rips; he roars at his father, played by Roy E. Glenn Sr., fighting for his right to love whomever he wants. “You don’t own me,” Poitier spits out. “You and your whole lousy generation believes the way it was for you is the way it’s got to be. And not until your whole generation has laid down and died will the dead weight of you be off our backs.”

Whether quiet and restrained or bursting with emotions, Poitier touched audiences with his power and skill. From his Oscar-winning performance as Homer Smith in Lilies of the Field to my personal favorite, his heart-wrenching turn as Walter Lee Younger in Lorraine Hansberry’s classic A Raisin in the Sun, Poitier brought an overwhelming, piercing humanity to all of his roles—changing preconceptions of what a Black man could not only do, but be, at a pivotal time. The trails he blazed and the legacy he built would never have been, if not for the talent and profound dignity with which he infused every performance. He earned that legacy “brick by brick,” role by role.