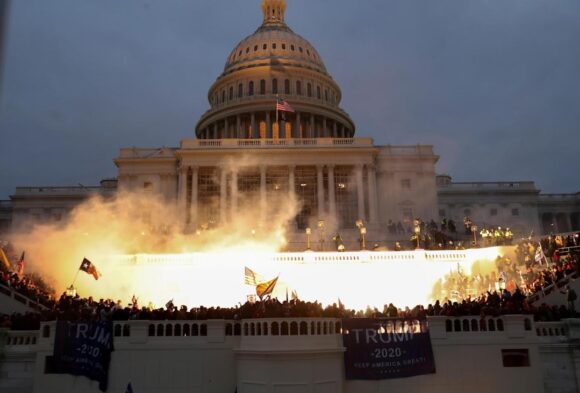 On December 7, 1941, 353 Japanese fighter planes attacked the American naval base at Pearl Harbor near Honolulu, Hawaii. The barrage lasted two hours during which 2,403 Americans were killed and 1,178 others were wounded. The day after the assault, President Franklin D. Roosevelt asked Congress to declare war on Japan in what has become known as his “Day of Infamy ” speech.

On January 6, 2021, a violent mob of supporters of President Donald Trump stormed the U.S. Capitol in an attack that left multiple people dead and more than 140 officers injured.  Our elected representatives had to hide and run in fear of their lives.  This, America’s Second Day of Infamy, was not perpetrated by a foreign enemy but by Donald Trump and his enablers in the Republican Party, at Fox News, and right-wing terrorist organizations. This “Second Day of Infamy” will live on as the most direct assault on American democracy.  For shame to all those involved.  May they answer for their transgressions.