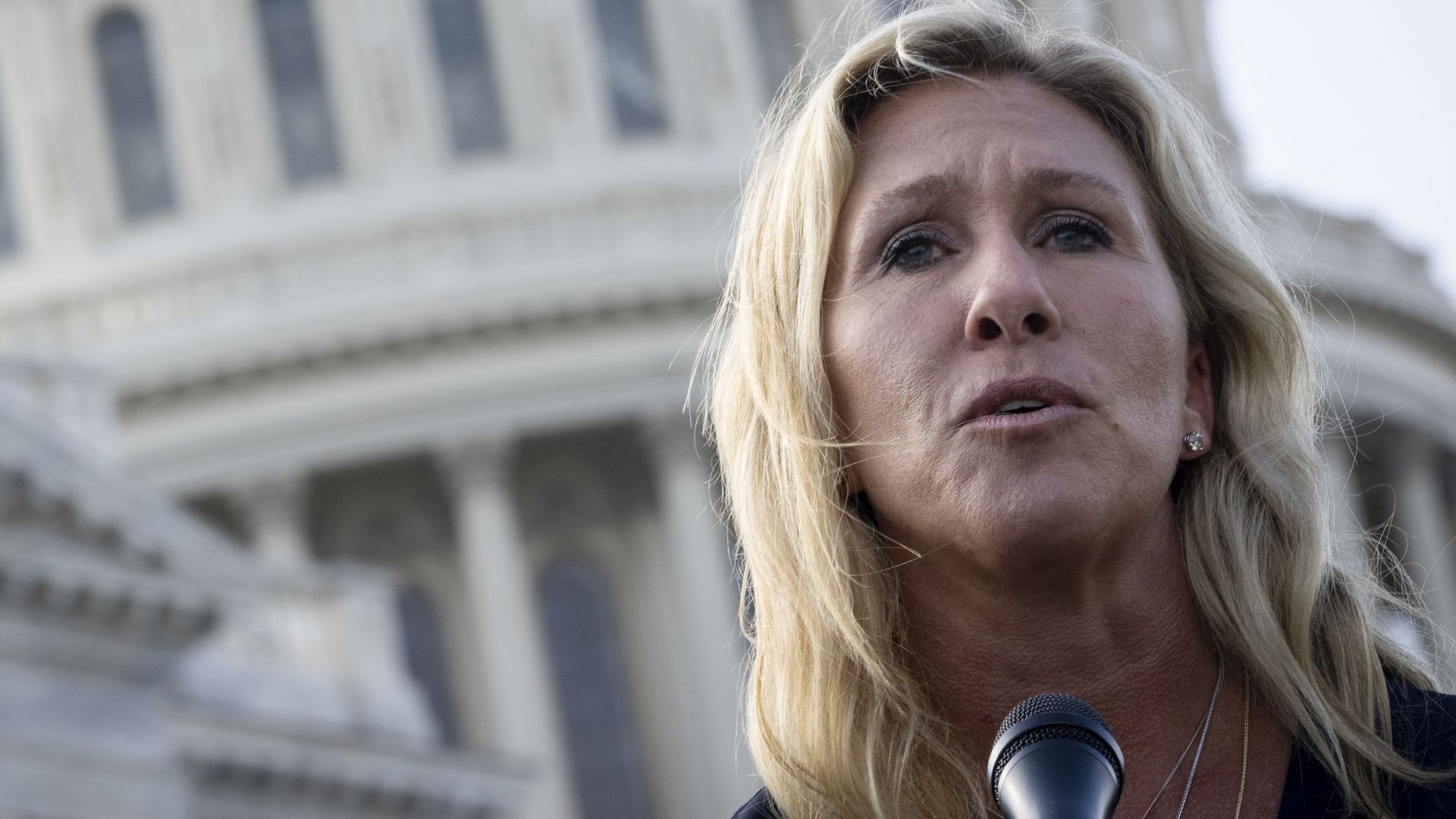 Yesterday, Twitter permanently suspended the personal account of Representative Marjorie Taylor Greene, Republican-Georgia, after the company said she had violated its Covid-19 misinformation policies. As reported by The New York Times.

Twitter suspended Ms. Greene’s account after she tweeted on Saturday, falsely, about “extremely high amounts of Covid vaccine deaths.” She included a misleading chart that pulled information from a government database of unverified raw data called the Vaccine Adverse Event Reporting System, or VAERS, a decades-old system that relies on self-reported cases from patients and health care providers.

Twitter said that Ms. Greene had a fifth “strike,” which meant that her account will not be restored. The company had issued her a fourth strike in August after she falsely posted that the vaccines were “failing.” Ms. Greene was given a third strike less than a month before that when she had tweeted that Covid-19 was not dangerous and that vaccines should not be mandated.

Ms. Greene’s official Congressional account, @RepMTG, remains active because tweets from that account did not violate the service’s rules.

“We’ve been clear that, per our strike system for this policy, we will permanently suspend accounts for repeated violations of the policy,” Katie Rosborough, a Twitter spokeswoman, said in a statement. The company allows accounts to submit an appeal and will potentially reverse the suspension if the violating post is proven to be factual.

On the alternative social messaging platform Telegram, Ms. Greene said that Twitter “is an enemy to America and can’t handle the truth.”

Her suspension comes as coronavirus cases have surged again in the United States from the highly infectious Omicron variant. New York State recorded over 85,000 new coronavirus cases on the last day of 2021, the highest one-day total in the state since the pandemic began, officials announced on Saturday.

Twitter has long banned users from sharing misinformation that could lead to harm. In rare cases, the company has permanently banned high-profile accounts, including the account of former President Donald J. Trump, over a risk of “further incitement of violence” after a mob of Trump loyalists stormed the U.S. Capitol last Jan. 6.

There is currently no evidence of widespread major side effects from the coronavirus vaccines. Last month, the Centers for Disease Control and Prevention said Johnson & Johnson’s vaccine could trigger a rare blood clotting disorder now linked to dozens of cases and at least nine deaths in the United States in the past year. The agency recommended using other approved vaccines instead.

The VAERS database, which is managed by the Food and Drug Administration and the C.D.C., has been cited in many coronavirus falsehoods to push the idea that side effects from the Covid-19 vaccines have been underreported.

A spokeswoman for the F.D.A. declined to comment, but pointed to an overview of the VAERS database on the F.D.A.’s website that said VAERS reports “generally cannot be used to determine if a vaccine caused or contributed to an adverse event or illness.”

In March, Twitter introduced a policy that explained the penalties for sharing lies about the virus and vaccines. People who violate that policy are subject to escalating punishments known as strikes and could face a permanent ban if they repeatedly share misinformation about the virus.

It was Ms. Greene’s false proclamations about the coronavirus, including opposing vaccines and masks as tools to curb the pandemic, that got her suspended from Twitter. In July, Ms. Greene argued that Covid-19 was not dangerous for people unless they were obese or over age 65, and said vaccines should not be required.

In August, Ms. Greene said on Twitter, “The F.D.A. should not approve the covid vaccines.” She said that there were too many reports of infection and the spread of the coronavirus among vaccinated people, and that the vaccines were “failing” and “do not reduce the spread of the virus & neither do masks.”

The Centers for Disease Control and Prevention’s current guidance states, “Covid-19 vaccines are effective against severe disease and death.”

Imran Ahmed, the chief executive of the Center for Countering Digital Hate, which published research on the dozen most prominent social media influencers spreading misinformation about vaccines, said it suited Ms. Greene to portray her suspension as part of a pattern of moves by Twitter to censor conservatives.

“In fact, it is for the banal reason that she’s a super spreader of lies” that Ms. Greene was suspended, Mr. Ahmed said.

Anything that reduces the public lies and visibility of Taylor Greene is a step in the right direction!