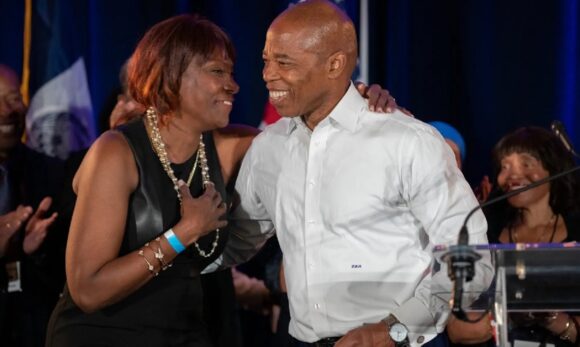 Eric Adams, a former New York City police captain whose attention-grabbing persona and keen focus on racial justice fueled a decades-long career in public life, was elected yesterday as the 110th mayor of New York and the second Black mayor in the city’s history.

Mr. Adams, who will take office on Jan. 1, faces a set of challenges as the nation’s largest city grapples with the enduring consequences of the pandemic, including a precarious and unequal economic recovery and continuing concerns about crime and the quality of city life, all shaped by stark political divisions over how New York should move forward.

His victory signals the start of a more center-left Democratic leadership that, he has promised, will reflect the needs of the working- and middle-class voters of color who delivered him the party’s nomination and were vital to his general election coalition. 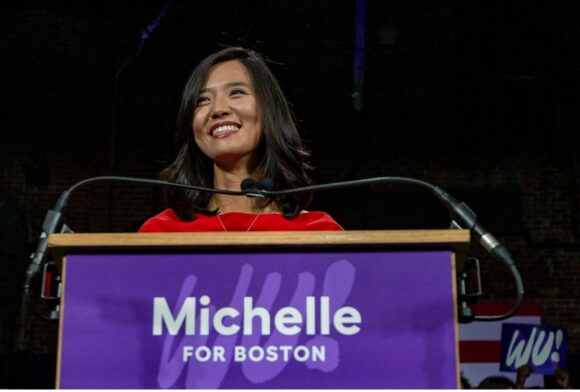 Michelle Wu  speaks to supporters after winning the election to be Mayor of Boston. (Jesse Costa/WBUR)

City Councilor Michelle Wu easily won the Boston mayor’s race, making her the first woman and person of color to win a mayoral election in the city and putting a progressive voice in charge of the largest city in New England.

Wu will be the city’s first Asian-American to serve as the city’s mayor. She’ll replace Kim Janey, the first woman and Black person to serve as mayor, who took over the job earlier this year after Marty Walsh resigned to become Labor Secretary in President Joe Biden’s cabinet.

Wu easily defeated fellow City Councilor Annissa Essaibi George, the more moderate candidate in the contest, in the final round of voting.

While Boston has long served as an incubator of liberal politicians on the national level, its local politics has traditionally been more insular and transactional, a political paradise for back-slapping men at the heads of political machines. Wu, who was a Harvard Law student and political protege of Massachusetts Sen. Elizabeth Warren (D-Mass.), is pushing to turn the city into a bastion of progressive policy.

While progressives have made key gains in the U.S. House, in state legislatures and in district attorneys’ offices around the country in recent years, they have won few races for executive positions. Wu’s tenure could serve as a policy blueprint and a political test for other left-wing candidates.