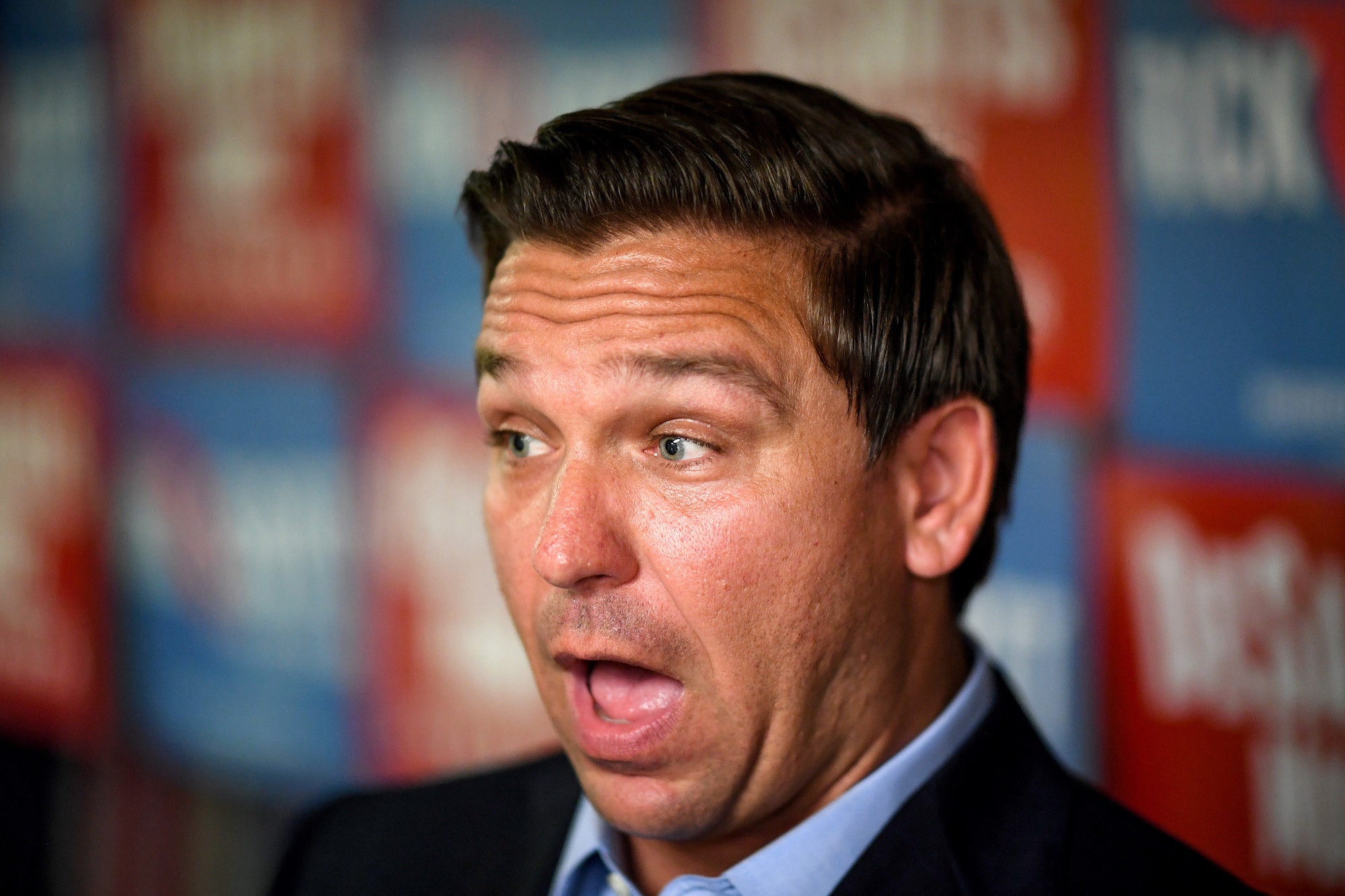 “We thought things couldn’t get much worse in DeSantis’ handling of the pandemic, but we were wrong — then we were wrong again,” the newspaper’s board wrote. “Just when you think he’s done enough to undermine our chances of exiting a pandemic that has killed nearly 60,000 Floridians, he has a new trick up his sleeve.”

DeSantis now wants to make companies “liable for medical harm that results from mandatory vaccinations, even though millions of vaccines have safely been administered in the United States,” said the Herald.

“DeSantis has for months tried to walk the tight rope between pleasing anti-vaxxers and not undermining the vaccines his own administration has distributed,” it added. “If there was any doubt of which side he favors, Thursday’s announcement put the nail in the coffin.”

DeSantis has made so many wrong decisions for Florida.  I feel for its residents especially all of the vulnerable senior citizens who have retired there.

The entire editorial is below!

Nothing can hide Florida’s descent into Crazyville. Not the “Don’t Tread on Florida” alligator signs held by Gov. Ron DeSantis’ supporters at his latest COVID-19 policy proposal announcement. Not the state’s new Ivy League-educated surgeon general, Dr. Joseph Ladapo, who, as reported by FloridaPolitics.com, refused — refused! — to wear a mask when he met with state Sen. Tina Polsky in her office in Tallahassee. The state senator, who represents parts of Broward and Palm Beach counties, has cancer.

We thought things couldn’t get much worse in DeSantis’ handling of the pandemic, but we were wrong — then we were wrong again. Just when you think he’s done enough to undermine our chances of exiting a pandemic that has killed nearly 60,000 Floridians, he has a new trick up his sleeve.

DeSantis’ latest move, announced Thursday, is to call a special legislative session to undermine federal requirements announced by President Biden that some workers be vaccinated against the coronavirus. Among the laws he wants lawmakers to pass is making businesses liable for medical harm that results from mandatory vaccinations, even though millions of vaccines have safely been administered in the United States. DeSantis has for months tried to walk the tight rope between pleasing anti-vaxxers and not undermining the vaccines his own administration has distributed. If there was any doubt of which side he favors, Thursday’s announcement put the nail in the coffin.

He has every motivation to ignore the facts and continue to stoke COVID denial and anti-vaxx fervor. His policy proposals are usually followed by a fundraising pitch from his campaign to potential donors, as the USA TODAY Network has reported. That model has worked for DeSantis, who’s outraised his Democratic opponents in next year’s elections. Not that he cares too much about 2022. It’s 2024 he probably has his eyes on, and he will do whatever it takes to appeal to the “Don’t tread on me” crowd, which he hopes to inherit from Donald Trump. That’s if the former president doesn’t crush his protege’s presidential aspirations by running himself.

The state’s death toll is all but a footnote in the governor’s playbook. Contrast that with Miami-Dade County Public Schools, which announced Wednesday it might relax its mask requirement this week, the Herald reported. That decision will be based on data and advice from a task force of doctors.

New state rule adds a twist to school mask battle Gov. Ron DeSantis doubled down on his insistence that parents should decide whether their children wear masks at school and whether they should quarantine or attend school after being exposed to someone who has tested positive for COVID-19. When the mask mandate was announced, Superintendent Alberto Carvalho vowed to reassess pandemic conditions weekly. Seven criteria must be met before restrictions are lifted, including a benchmark of 80% of eligible students who have received at least one dose of a coronavirus vaccine and two consecutive weeks of a seven-day average of COVID-19 cases below 100 per 100,000 people.

Luckily, with coronavirus cases and hospitalizations on the decline in Miami-Dade County and Florida, students might soon be able to attend schools sans masks. If the opposite were true, they would have to wear masks for longer. It sounds so simple, but the governor doesn’t believe in using data.

Instead, DeSantis seems to be getting his scientific advice from the far-right Ladapo, a Harvard-educated physician with no expertise in public health, who questions vaccines and joined a news conference with an ultra-right wing group called America’s Frontline Doctors last year to promote hydroxychloroquine to treat COVID, which the FDA has said isn’t effective. Another member of that group once said a uterine condition is caused by sex with demons that takes place in dreams.

We’re not making this up.

Neither is the governor, who want taxpayers to pay to send lawmakers to Tallahassee for a special session for this nonsense. Florida House and Senate leaders seem ready to jump on the crazy train. They issued a statement Thursday saying they are looking into the governor’s request and might consider legislation to withdraw Florida from the U.S. Occupational Safety and Health Administration, the agency in charge of carrying out Biden’s vaccination mandate. It’s unclear whether they can actually do that, but feasibility is not the point.

This is going to give Fox News and other right-wing misinformation outlets lots of fodder. It will make DeSantis and Republicans seem like heroes in their echo chamber.

Meanwhile, school districts like Miami-Dade’s must actually govern and make decisions that will impact the health of students, faculty and staff. They don’t have the luxury of chest-thumping from a capital almost 500 miles away.