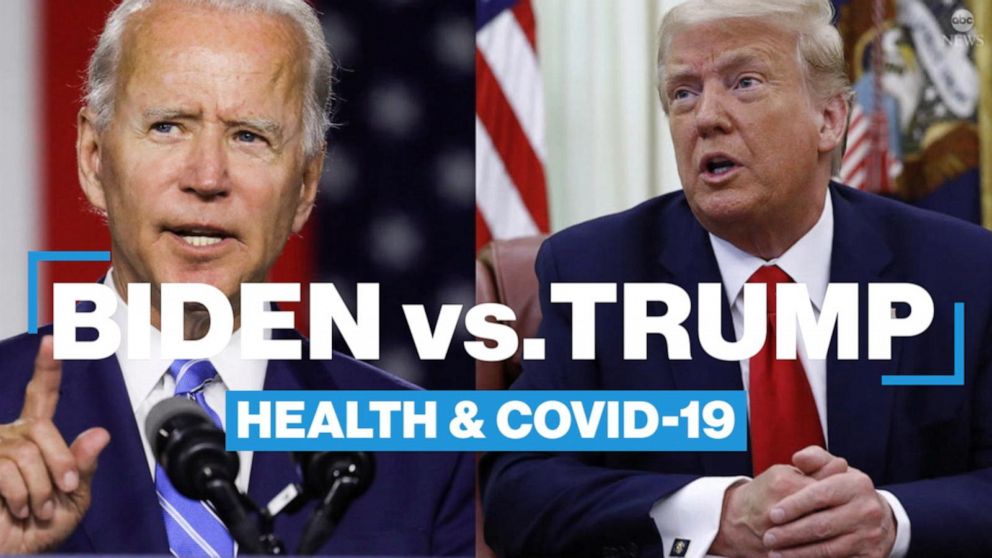 According to a new Yahoo News/YouGov poll, Americans believe by a 16-point margin that they are better off with Biden in charge of the pandemic than they would have been with the alternative: Donald Trump.

They also give Biden’s Democratic Party much higher marks on COVID-19 leadership than they give Republicans.  As reported by Yahoo News.

The survey of 3,201 U.S. adults, which was conducted from Sept. 14 to 20, represents a warning sign for Republicans like Florida Gov. Ron DeSantis who have doubled down on their opposition to public health precautions such as indoor mask and vaccine requirements in the face of the hypercontagious Delta variant, which is now killing more than 2,000 Americans each day — a tragedy that few experts thought possible at a time of free, safe and effective vaccines.

As Delta ripped through undervaccinated red states this summer, DeSantis and a number of other GOP governors prohibited local jurisdictions, local businesses and even local school districts from implementing mask and vaccine mandates.

In contrast, Democratic leaders such as Biden and California Gov. Gavin Newsom — who just defeated a recall effort amid high approval of his COVID response — focused on masks and vaccines as the best way to slow the spread of Delta and keep schools and businesses open.

Partly as a result, California now has the one of  lowest coronavirus rate in the country. Meanwhile, counties across the U.S. that voted for Trump by 10 or more points in 2020 are recording far more new coronavirus cases than counties that voted for Biden by the same margin.

Americans appear to have noticed the discrepancy. According to the new Yahoo News/YouGov poll, just 30 percent of U.S. adults think the coronavirus situation would be better if Trump were still president. Far more — 46 percent — say it would be worse.

That lack of confidence extends, in turn, to the rest of the Republican Party, particularly the leaders who have spent the past few months insisting on a less-is-more approach to Delta in their states. When asked who’s responsible for the current surge in COVID cases, far more Americans assign a “great deal” of blame to Republican governors (34 percent) than to Democratic governors (19 percent) or the Biden administration (24 percent). The number of fully vaccinated Americans who say Republican governors deserve a great deal of blame is even higher (45 percent).

The upshot is that nearly half of Americans (47 percent) now disapprove of how Republican leaders have handled the coronavirus, while just 28 percent approve.

Meanwhile, the share of Democratic voters who approve of their leaders on COVID (75 percent) is significantly higher than the share of Republican voters who approve of theirs (61 percent). Asked specifically about how GOP leaders have handled the Delta variant in particular, even fewer Republicans (57 percent) approved. The public’s growing discomfort with GOP leadership on COVID is not simply a partisan phenomenon.

Which isn’t to suggest that polarization is no longer playing a major part in U.S. pandemic politics. In general, “Democratic leaders” are barely breaking even on their handling of COVID (at 39 percent approve to 39 percent disapprove), and Biden is performing only slightly better (at 47 percent approve to 44 percent disapprove). Most Republicans will continue to insist that Democrats are mishandling COVID, regardless of how much higher the daily death rates are in Trump states than Biden states. And vice versa.

Yet Delta has sharpened the divide between red and blue on both pandemic policy and real-world suffering — and the public now seems to prefer the Democratic emphasis on prevention over the Republicans’ “let it rip” approach.

Earlier this year, Americans were optimistic that so-called herd immunity was on the horizon and that vaccines would soon vanquish the virus. In that context, DeSantis’s hands-off vision looked alluring. No indoor mask mandates. No vaccine requirements. No more stress on families or businesses. Just live your life as if the pandemic was already over, and soon it would be.

Then came Delta, which is twice as transmissible as the original virus and can spread among the vaccinated. DeSantis and other conservative Republicans, such as Texas Gov. Greg Abbott, didn’t budge. But Democrats did, pushing precautions such as indoor masking instead of defending the right of unvaccinated Americans to do whatever they please.

That gap could widen in the months ahead. Asked whether they favor a rule that would require all businesses with 100 or more employees to make sure their workers either get vaccinated against COVID-19 or get tested each week instead — a rule that Biden is now putting in place — most Americans (52 percent) say yes. Just 36 percent say no. Again, this result isn’t solely partisan: more independents (48 percent) favor the rule than oppose it (41 percent), and there’s even some support from Republicans (28 percent).

On the flip side, just 31 percent of Americans favor prohibiting local school districts from requiring masks; 55 percent oppose such prohibitions. An even greater number (63 percent) say students and staff should be required to wear masks in school while Delta is surging. Wide majorities plainly disagree with GOP governors like DeSantis on this issue, which may partly explain why his approval rating appears to have fallen in Florida over the last two months.

If Delta continues to surge this fall and winter, as most experts expect, Republican leaders are likely to dig themselves an even deeper hole if they continue to resist basic public health precautions.

For now, Delta appears to have passed its summer peak; nationwide, new cases have plateaued around 150,000 a day — still a dangerously high level — as they finally decline in the hard-hit South and start to tick up in the Midwest and Northeast. Colder weather will likely speed the spread of the virus, as will holiday celebrations. According to the Yahoo News/YouGov poll, 43 percent of Americans now say they “plan to gather with family and/or friends from other households for Thanksgiving” (up from 34 percent last year), while just 29 percent say they will not do so (down from 43 percent last year).

Given higher vaccination rates and greater safety measures in blue states, it’s unclear if any winter wave in the North will be as severe as this summer’s Southern surge. It’s also unclear how current pandemic politics will affect the 2022 midterm elections, if at all. What is clear is that so far, Democrats and Republicans have responded to Delta in very different ways, with very different outcomes — and most Americans do not think the Republican approach is working.

The Yahoo News survey was conducted by YouGov using a nationally representative sample of 3,201 U.S. adults interviewed online from Sept. 14 to 20, 2021. This sample was weighted according to gender, age, race and education based on the American Community Survey, conducted by the U.S. Bureau of the Census, as well as 2020 presidential vote (or non-vote) and voter registration status. Respondents were selected from YouGov’s opt-in panel to be representative of all U.S. adults. The margin of error is approximately 1.9 percent.

The results of this survey make a good deal of sense.