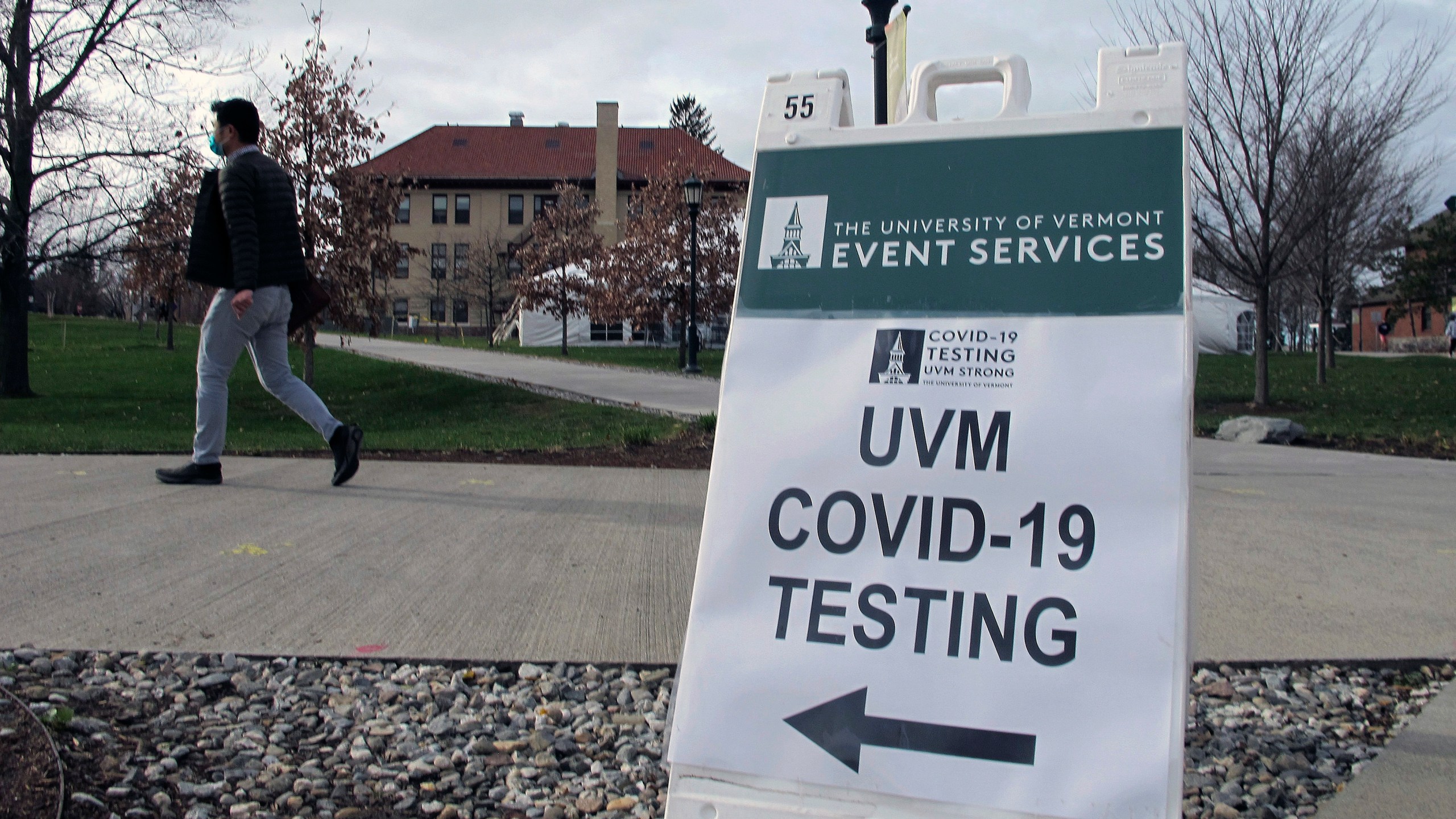 Colleges are opening for the new fall semester amid a variety of COVID policies, most of which were designed to protect students, faculty and staff.  However, as the Delta variant surges, faculty are asking their administrations to revisit policies that were established prior to the latest COVID outbreak.  The Chronicle of Higher Education has an article this morning focusing on faculty who have raised issues with COVID policies on their campuses.  The entire article is below.

Unless something dramatic happens to halt the spread of the Delta variant, we may find ourselves in the same situation we were last year with most colleges relying on remote learning.

A handful of professors gathered this week under the hot sun on a large grassy field at Clemson University. Propped up next to them were signs that read, “All In for Masks,” and, “A Mask Is a Small Ask.”

Kimberly Paul, an associate professor of genetics and biochemistry, had staged the demonstration. She had been galvanized by a tweet posted by James P. Clements, the university president, of the new-student convocation on August 13. In the photos, students are seated shoulder to shoulder, indoors, many of them maskless. Paul got angry. “I was like, That is it. The university is not taking this seriously.”

(A Clemson spokesperson noted in an email that masks were provided at every seat for a transfer-student event on Monday. He sent a photo, which showed the vast majority of attendees wearing masks.)

New coronavirus cases and hospitalizations in South Carolina were on the rise. Clemson hadn’t yet issued a mask mandate. The state’s attorney general had told the University of South Carolina that lawmakers had intended to ban such requirements, prompting the flagship to back off its mandate. But Paul wanted Clemson to “be brave,” push back, and “own their power in the state,” she said.

The day before the event, the state Supreme Court effectively cleared the way for public universities to require masking, and Clemson quickly issued a temporary mask order, valid for three weeks. That period “coincides with the greatest risk predicted by our public-health team’s modeling of the disease,” said Joe Galbraith, the Clemson spokesperson. He noted that the university has robust testing and administered 22,000 tests in the past week, with a positivity rate under 1 percent.

Three weeks, Paul thought, was not enough. The demonstration was still held but became more of a “teach-in” than a “walkout.” From 8 a.m. to about 4 p.m., the professors handed out masks to students and gave them information about Covid testing and how to get vaccinated. Paul thought she’d be “this lone professor with her sad little sign,” but she wasn’t. Ten to 12 people showed up initially, and people stopped by all day, including a counter-protester. The group passed out more than 350 masks.

What Paul discovered, she said, is that her colleagues were frustrated and easily ignited. “I am not an organizer. I had an idea. I put a post together. I put it on Facebook, and that match landed on a whole lot of dry tinder,” she said.

That tinder isn’t confined to Clemson. Faculty groups at colleges across the country are asking or demanding more protective measures be put in place. They worry about the Delta variant of the coronavirus, straggling vaccination rates in some states, and the fact that — though it’s rare — vaccinated people can catch and transmit the virus.

And, they say, colleges have been slow to adjust to this new surge and what it means for campus safety. Some colleges are embracing a return-to-normal approach in which in-person teaching is highly encouraged and masks aren’t required. Those plans made more sense a month or two ago, faculty leaders say.

The vaccine is still proving effective in greatly reducing — though not completely eliminating — both transmission and the severity of symptoms. But now, hospital workers in many states “are seeing admission numbers that resemble what they saw at the height of the pandemic over the winter,” The New York Times recently reported. Texas hospitals “are in crisis mode” with few available ICU beds, said Dale Rice, speaker for the Faculty Senate at Texas A&M University. The university president was exposed to the virus earlier this month.

“This is not a normal time,” Rice said. “We shouldn’t be treating it that way.”

At other institutions, faculty groups have made their mounting concerns known.

Because faculty members at Spelman College have not received “clear and enforceable protocol and safety guidelines” to “ensure our health and well-being,” they would not be teaching face to face, the Faculty Council told students in a Thursday email. The elected body of tenured faculty members, which represents the faculty body’s interests, wrote that in the meantime, “most faculty will use alternative instructional methods for course delivery.”

On Friday, Mary Schmidt Campbell, the president, said through a college spokesperson that Spelman faculty members have decided to return to in-person teaching on Monday. The college “continues to work with the faculty to provide additional guidance on health and safety protocols as rapidly changing circumstances around Covid-19 continue to develop,” she said.

The Faculty Senate at Penn State University on August 13 voted no confidence in the institution’s fall Covid-safety plan. About 150 professors, staff members, and students rallied that day in opposition to it, The Chronicle previously reported. At Santa Barbara City College, the Academic Senate voted no confidence in five of the seven Board of Trustees members after the board had twice opposed a vaccine mandate. The vote wasn’t solely because of the absence of a mandate, but it was “the straw that broke the camel’s back,” said Raeanne Napoleon, president of the Academic Senate. (The board approved the requirement in August.)

Elsewhere, professors are questioning how seriously administrators are taking rules already in place. The vice president for student affairs at Stony Brook University shared photos on Facebook of an indoors welcome-back event at which some students and a couple of administrators appear unmasked, even though everyone is required to wear face coverings while inside university buildings.

Lauren Sheprow, a spokesperson for Stony Brook, said in an email that the welcome-back event took place inside the campus recreation center, which had been following protocols established by the county and allowed face masks to be optional. During Welcome Week, Stony Brook reassessed the center’s mask-optional protocol and “out of an abundance of caution” will require masks, consistent with all other indoor spaces on campus, effective Saturday, August 21.

When Josh Dubnau, director of the Center for Developmental Genetics at Stony Brook, saw those photos, he thought, This could be a super spreader event. He didn’t blame the students. Rather, he saw it as a “failure of leadership.” Still, Dubnau commended Stony Brook for doing a good job of promoting vaccines. As of August 19, 87 percent of students who are registered in at least one in-person course have submitted proof of vaccination.

In some states, elected leaders have severely limited what protective measures colleges can take. In Texas, Greg Abbott, the governor who is fully vaccinated and recently tested positive for Covid-19, banned government entities from mandating masks or vaccines. In Iowa, the president of the state’s Board of Regents, which oversees the University of Iowa, Iowa State University, and the University of Northern Iowa, said in May that there’d be no mask or vaccine requirements and that classrooms and other campus spaces “will operate at their normal (pre-pandemic) capacity.”

Hundreds of employees have petitioned the regents to reconsider. Northern Iowa’s faculty union filed a complaint against the board with the U.S. Department of Labor Occupational Safety and Health Administration for failing to provide a safe work environment, the Gazette reported. “We recognize that this is a politically charged issue,” the union wrote in an August letter to regents, but “you must answer to your own conscience or higher power whether you did all you could to protect the most vulnerable.”

At the University of South Carolina at Columbia, “the whiplash has been severe,” said Carol E. Harrison, president of the institution’s chapter of the American Association of University Professors.

In general, faculty members felt “pretty good” at the beginning of the summer about their role in helping the university weather the pandemic, maintain its enrollment, and offer a variety of course modalities to students, said Harrison. That good feeling quickly waned.

In late July, the university announced that it’d require masks indoors on campus. But days later, the state’s attorney general told the president that the mandate was invalid because of a budget proviso the legislature had recently approved. That prompted the university to back down. But then, the state Supreme Court ruled that nothing in the proviso prevented mask mandates. The flagship swiftly reinstated the requirement, which pleased Harrison, though she was shocked that the university had reversed course in the first place.

Faculty members still have other concerns, she said, especially those who are teaching in person who have children who are not eligible to be vaccinated. If a child is exposed to the coronavirus, “you cannot responsibly come in to teach your class when your child is quarantined. You can’t responsibly hire a babysitter for them. I don’t see how you can keep your own distance from your child so that you can be isolated and come teach,” Harrison said.

“We do think that it is possible to hold safe university instruction. We did it last year,” she added. “But it requires a certain amount of flexibility, and we’re not seeing that flexibility right now.”

Stephen Cutler, the interim provost, said he’s directed deans and unit leaders to be “as flexible as possible” with those who are seeking a change of modality in teaching. Regarding faculty parents who worry about their children needing to quarantine, Cutler said that ensuring a continuity of teaching “doesn’t necessarily mean the person who is quarantined has to be the one teaching.” On that front, “we’re just asking individuals at the unit level to work together.”

He noted that South Carolina was one of just a handful of universities to establish saliva-based testing for Covid-19 last year. The university monitored its wastewater, tested students and employees regularly, and used other mitigation strategies to keep positivity rates low, he said. For this fall, “we still have all of those tools in the tool chest.”

And, he said, many faculty members — and students — are eager to be on campus. There’s “a sense of excitement” in the air.

In Alabama, one scholar reached his tipping point.

State lawmakers have banned colleges from requiring students to get Covid vaccines. Colleges also can’t require students to prove their vaccination status before returning to campus or fine unvaccinated students.

Jeremy Fischer, an associate professor of philosophy at the University of Alabama at Huntsville, considered his institution’s Covid-19 policies inadequate and raised concerns in a petition. Eventually, he began to ask himself whether his relationship with the university “might render me complicit in a moral atrocity.”

It did, he decided. He tendered his resignation.

“Perhaps due to the political nature of this crisis … some faculty, staff, and administrators are looking the other way, holding their tongues, holding their noses, or holding their breath in fear as they prepare to convene or attend in-person gatherings on campus,” he wrote in his resignation letter, which he posted on Twitter.

But this, the philosophy scholar wrote, is “a moral emergency.”