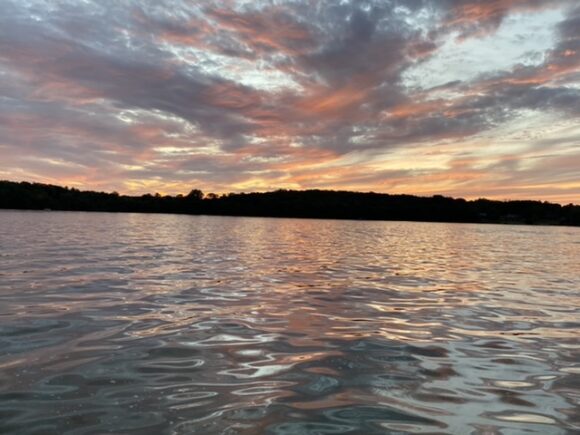 Last evening while on our lake enjoying wine and yogurt, Elaine and I were treated to a “Belt of Venus” sunset.  It completely surrounded the lake 360 degrees. If you are not familiar with it, here are some facts.

The “Belt of Venus” is an atmospheric phenomenon that creates a pink band in the sky at sunrise and sunset. It is actually the area between Earth’s shadow and the blue sky. The belt is similar to alpenglow, which creates a reddish glow just over the horizon.

Facts about the Belt of Venus

It is named the “Belt of Venus” due to an association with the Roman goddess Venus. It is not associated with the planet Venus.