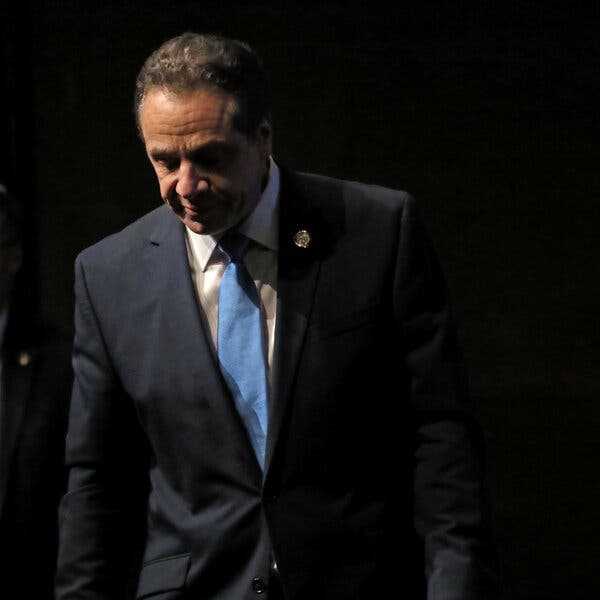 New York State’s Attorney General Letitia James issued a damning report yesterday that provided evidence that New York Governor Andrew Cuomo engaged in a pattern of unwanted touching, offensive comments and improper behavior toward at least eleven women. Her investigation has been going on for almost seven months. With the release of this report, a number of prominent political leaders including President Biden has recommended that Cuomo resign his office.

A New York Times editorial (see below) reviews the Governor’s situation and concludes:

“Mr. Cuomo has always had a self-serving streak and been known for his political bullying. He also has used those traits to be an effective politician and, in many of his achievements as governor, won the public’s trust. What this report lays out, however, are credible accusations that can’t be looked past…. he needs to do the right thing and step down.”

You Should Resign, Governor Cuomo

Last winter, after the first wave of accusations of sexual misconduct and harassment by Gov. Andrew Cuomo of New York came to light, this board called for an investigation to run its course and for legal authorities to carry out the slow and careful work of separating allegations from evidence. At the same time, we questioned whether Mr. Cuomo could continue to serve as the state’s leader, given both the seriousness of the allegations and the collapse of political support among his allies in New York and Washington.

The answer, which came on Tuesday in the form of a thorough and damning report by the state’s attorney general, Letitia James, is a decisive no.

From the report, for which investigators interviewed 179 witnesses and gathered more than 74,000 pieces of evidence, two things are clear. First, Mr. Cuomo may yet face legal consequences for his alleged actions, which include a years long pattern of “unwelcome and nonconsensual touching,” “offensive comments” and other improper behavior toward at least 11 women, several on his staff.

Second, regardless of what may happen in a court of law, the governor has only one conscionable option left: He should resign.

Mr. Cuomo continues to deny that he did anything wrong, suggesting that all the women who have come forward somehow misinterpreted his touching and physicality in the same way. “I am 63 years old. I have lived my entire adult life in public view,” he said in a recorded video released shortly after the report came out. “That is just not who I am.” He failed to note that many of the allegations against him involve conduct that happened not in public but behind closed doors, in elevators or over the phone.

Most people would object to the behaviors detailed here, but the fact that it was coming from the most powerful person in New York State, often toward direct subordinates, makes it all the more disturbing. Anne Clark, one of the investigators, said at a news conference that in one case, a state trooper told them that while she and Mr. Cuomo shared an elevator, he “ran his finger from her neck down her spine and said, ‘Hey, you’” and that, in a separate incident, “she was standing holding the door open for the governor. As he passed, he took his open hand and ran it across her stomach from her belly button to the hip where she keeps her gun. She told us that she felt completely violated to have the governor touch her, as she put it, ‘between her chest and her privates.’”

The stories get worse, and the women who came forward to share them, even in the face of threats of retaliation, as detailed in the report, should be commended for their bravery.

The calls for Mr. Cuomo to step down only grew louder on Tuesday. Top Democrats, including President Biden and House Speaker Nancy Pelosi, added their names to the expanding list of those who have come to see that it is untenable for Mr. Cuomo — among the nation’s highest-profile and most powerful governors — to remain in office.

Mr. Cuomo has always had a self-serving streak and been known for his political bullying. He also has used those traits to be an effective politician and, in many of his achievements as governor, won the public’s trust. What this report lays out, however, are credible accusations that can’t be looked past. As Ms. James said on Tuesday, Mr. Cuomo’s alleged conduct “corrodes the very fabric and character of our state government and shines light on injustice that can be present at the highest levels of government.”

If Mr. Cuomo cares for the well-being of the state and its citizens as much as he has said he does over the years, he needs to do the right thing and step down.