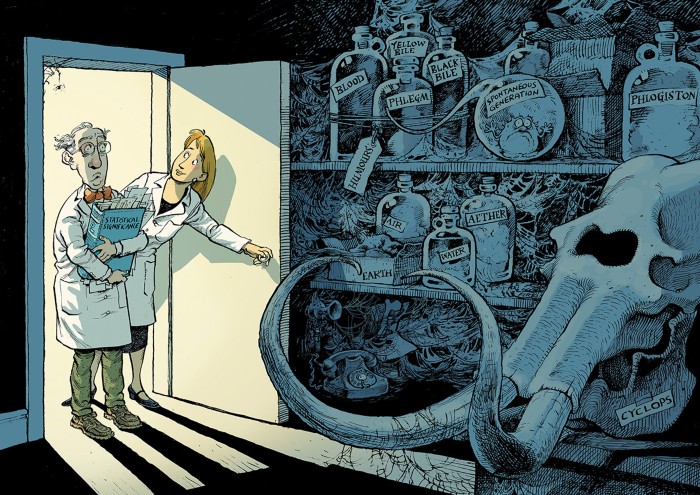 My colleague from the University of Central Florida, Chuck Dziuban, and I have just put the  finishing touches on a chapter in our upcoming book, Blended Learning:  Research Perspectives Volume 3 (Routledge/Taylor & Francis) that will be available in late September.   The chapter speculates on the future of research in education technology as we move into what some of us are describing as the “blended university.”  Chuck wrote a section of this chapter that references an op-ed that appeared in 2019 in Nature entitled, Scientists rise up against statistical significance, written by Valentin Amrhein, Sander Greenland, Blake McShane and supported by more than 800 signatories.  The focus of the article is that the time has come for researchers to consider limiting the use of statistical significance as a standard for hypothesis testing.

The authors of the op-ed advocate:

“We are not calling for a ban on P values. Nor are we saying they cannot be used as a decision criterion in certain specialized applications (such as determining whether a manufacturing process meets some quality-control standard). And we are also not advocating for an anything-goes situation, in which weak evidence suddenly becomes credible. Rather, and in line with many others over the decades, we are calling for a stop to the use of P values in the conventional, dichotomous way — to decide whether a result refutes or supports a scientific hypothesis.”

The article goes on to make the case that statistical significance is overused to categorize complex social phenomena and reduces them to oversimplified yes/no interpretations.  The authors of this article conclude:

This op-ed is a provocative piece and should be of interest to researchers throughout the academy.

PS:  As an aside, Chuck has a PhD in statistics from the University of Wisconsin, Madison, and I have taught advanced quantitative analysis in a doctoral program at the City University of New York.