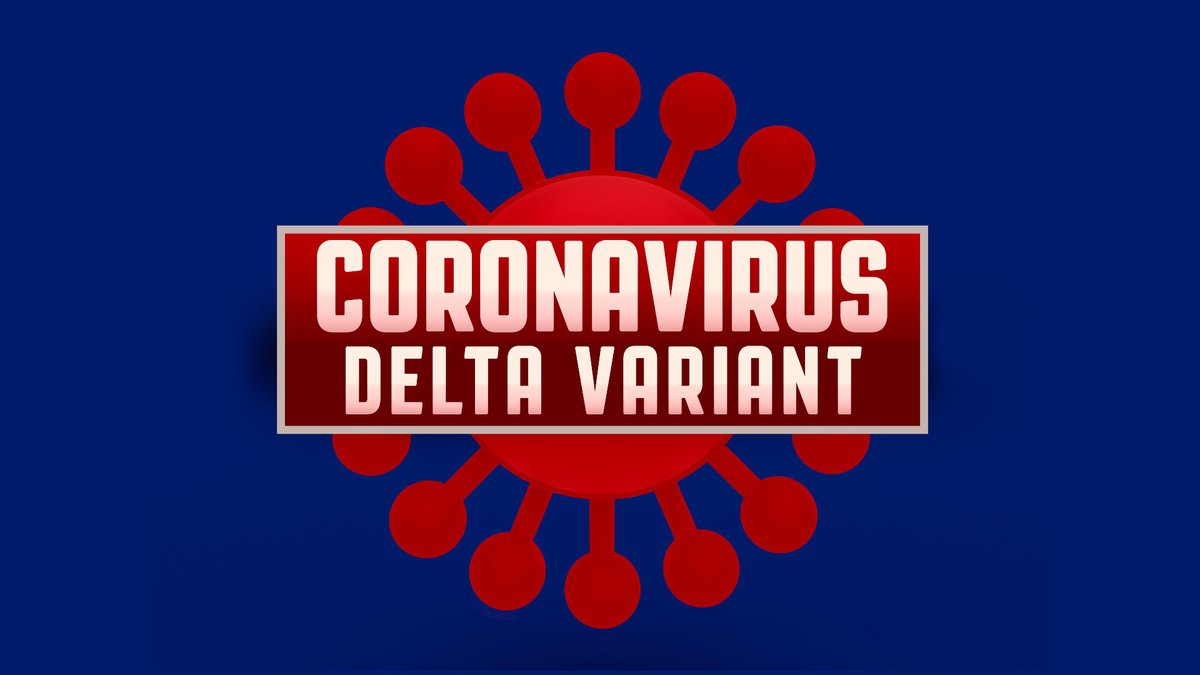 The Delta variant of COVID-19 is sweeping through countries across the globe.  It is now here in the United States and threatens the progress against COVID that has been made through the deployment of vaccinations.  However, this deployment is very uneven and while some states have high vaccination rates, others have abysmally low ones.  There is great concern that in states with low vaccination rates the Delta variant will strike with a vengeance especially as we move into the cooler months of late Fall and Winter.  Here is a consolidation of  reporting on this issue provided by Yahoo News.

“No state has been as successful in its vaccination effort as Vermont, with 64 percent of its population fully inoculated against the coronavirus. Other Northeastern states, including Massachusetts, Maine and Connecticut, are not far behind, with rates of about 60 percent of residents who have been fully vaccinated.

By contrast, only 28.9 percent of Mississippians are fully vaccinated against COVID-19, and only 31.9 percent of Alabamians (all figures come from the Centers for Disease Control and Prevention). Florida, one of the nation’s oldest and most populous states, has vaccinated only 44 percent of its population, even as the governor there, Ron DeSantis, takes a victory lap over his handling of the pandemic.

“We are all in this together” was a popular slogan during the pandemic’s earliest stage, when people applauded essential workers and bonded via Zoom. In truth, however, that sentiment may never have been accurate, given that the coronavirus hit some communities much harder than others. Today, togetherness has all but vanished, with parts of the country having come close to stopping community spread while other regions remain dangerously exposed to the pathogen, in particular its more transmissible Delta variant.

That variant, which emerged in India sometime this spring and recently became dominant in the U.K., slowing reopening there, is “the greatest threat in the U.S. to our attempt to eliminate COVID-19,” Dr. Anthony Fauci, the top pandemic adviser to President Biden, said during Tuesday’s meeting of the White House pandemic response team. The strain is believed to be 60 percent more transmissible than the original version of the SARS-CoV-2 pathogen. Unvaccinated people are susceptible, but so are those who have received only the first of two vaccine doses.

Fully vaccinated people are about as protected from the Delta variant as they are from other versions of the virus.

The emergence of that variant could mean that while communities with high vaccination rates continue to return to normal, states where vaccinations lag could suddenly find themselves thrust into a new wave of infections and deaths.

“We’re emerging into two COVID nations,” Dr. Peter Hotez, dean of the National School of Tropical Medicine at the Baylor College of Medicine, told Yahoo News. Hotez pointed to the Northeast, the mid-Atlantic region and the Pacific Coast as having successfully hit their immunization targets, but he said there are “concerningly low vaccination rates” elsewhere, “especially among young people in Southern states.” Young people infected with the Delta variant were behind the U.K.’s recent rise in cases.

Hotez predicted that those regions might see a resurgence of the coronavirus similar to the one experienced in the summer of 2020 in states like Florida, Texas, Georgia and South Carolina. Eventually, the entire nation became mired in a protracted third pandemic wave that began in the late fall and lasted until the spring of 2021.

Around the time that third wave ended, Joe Biden was president and his vaccination effort was gaining speed, with more than 4 million people vaccinated in a single day in early April. Nationwide, cases fell and kept falling — and then fell even further. Last week saw the fewest average deaths per day since March 27, 2020.

But because each state is responsible for its own vaccination drive, the pace of recovery has not been even. So while Maryland (53.8 percent of residents fully vaccinated) has just enjoyed two straight days without a single reported coronavirus death, Missouri is seeing cases surge, with hospitalizations rising by 11 percent since June 1.

“We never imagined this big of an increase,” a Missouri hospital executive told CNN.

“There will be local-type, regional spikes and outbreaks,” Fauci said on Tuesday. “I don’t foresee what we refer to as a surge.” He added that “there is a danger — a real danger — that if there is a persistence of a recalcitrance to getting vaccinated that you could see localized surges.”

A recent analysis by Surgo Ventures found that states with the lowest vaccination rates also have populations that are especially vulnerable to the coronavirus, making for a potentially devastating combination.

One mitigating factor, however, is that some of the states now vulnerable to new surges have already experienced them before. “We must take natural immunity into account in our reporting,” Dr. Monica Gandhi, an infectious disease specialist at the University of California at San Francisco, told Yahoo News. Gandhi has pointed out that “reinfection” is rare, meaning that people who’ve had the coronavirus aren’t likely to get it again, since their immune systems make antibodies against the pathogen. Those antibodies tend to hang around and work against variants, including the dreaded Delta.

States with low vaccination rates, in other words, could have a buffer stemming from previous coronavirus cases.

Of course, people freely move between states, meaning that an outbreak in, say, Georgia can easily find its way to Virginia. And even high-vaccination states have areas where inoculations have lagged, either because people there are hesitant or because outreach by public health officials has thus far been insufficient.

“We’re still ‘in this together’ in the sense that there’s no partition between states,” Washington, D.C., pediatrician Lucy McBride told Yahoo News. “We’re watching the regional variability of vaccine uptake dictate the final battlegrounds of the pandemic.”

Those battlegrounds could be states, counties, even neighborhoods. In Colorado, for example, rural Mesa County is seeing an outbreak fueled by the Delta variant and abetted by low vaccination rates there.

Fauci pointed out during Tuesday’s briefing that an obvious solution was at hand. “All of that is totally and completely avoidable by getting vaccinated,” he said.