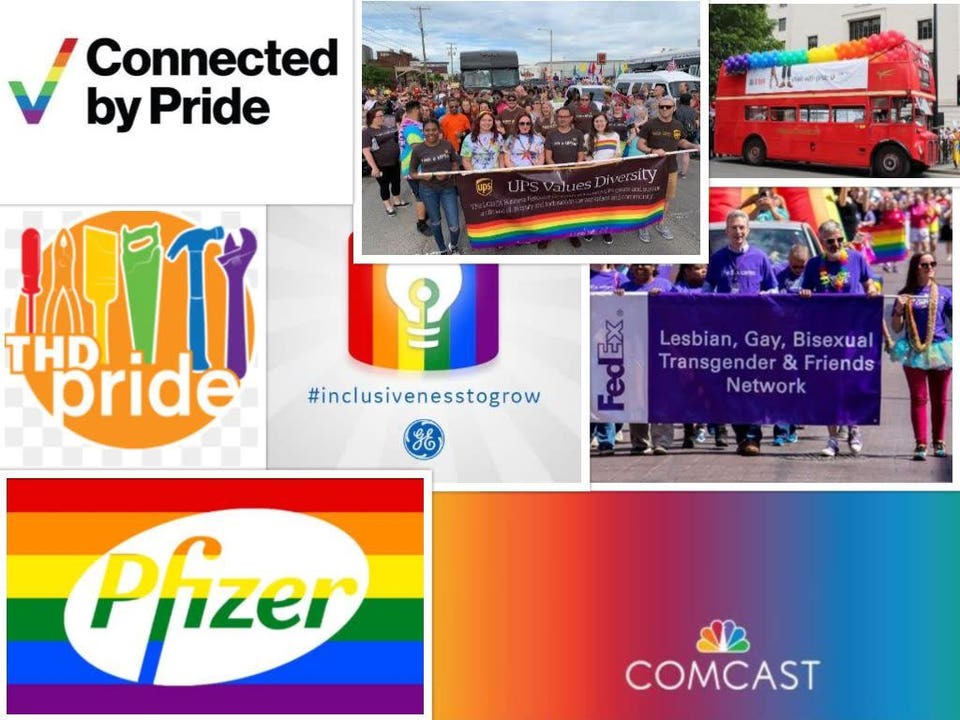 President Biden announced earlier this week that health care providers can’t discriminate against transgender patients, reversing a Trump-era policy and wading into a partisan flashpoint as hundreds of Republican-backed bills restricting the rights of LGBTQ individuals make their way through statehouses nationwide.  As with a similar wave of state-level restrictive voting bills, corporate America is speaking out against the anti-LGBTQ measures.

Many of these laws target transgender youth, including preventing them from playing on sports teams aligned with their gender identity or receiving gender-affirming medical treatment. During the past several weeks, a number of companies have expressed their opposition to anti-LGBTQ legislation.  Below is an excerpt of an article courtesy of Yahoo News reporting on this development.

“Earlier this month, 95 companies — among them Apple (AAPL), Google (GOOG, GOOGL), Amazon (AMZN), American Airlines (AAL), Marriott (MAR), Nike (NKE), AT&T (T) and Pepsi (PEP) — voiced their opposition to the anti-LGBTQ bills in a letter written in partnership with the Human Rights Campaign. However, 37 of the Fortune 500’s top 50 companies did not sign.

In response to outreach from Yahoo Finance, some of those 37 companies added their voices to the chorus opposed to the bills, including JPMorgan Chase (JPM), General Motors (GM), MetLife (MET), CVS Health (CVS), and Walgreens (WBA).

But the remainder did not respond or declined to comment directly on the bills. That set of companies includes Walmart (WMT), Chevron (CVX), Target (TGT), Disney (DIS), and Exxon (XOM).

Even as the Biden administration works to reverse the discriminatory behavior toward transgender individuals, anti-LGBTQ legislation is being introduced at a record clip across at least 33 states. According to the Human Rights Campaign, the largest lobbying group for LGBTQ rights in the U.S., this year has surpassed 2015 “as the worst year for anti-LGBTQ legislation in recent history.”

“The rights of LGBTQ people — and especially transgender people — across the country are being systematically threatened and undermined by national anti-LGBTQ groups coordinating with anti-equality lawmakers to wage an unprecedented war on the LGBTQ community … These bills are not only harmful and discriminatory, but also represent a failure in our democracy and the commitment elected officials make to protect and serve their constituents,” HRC President Alphonso David said in a statement.

‘An environment… where everyone is valued and accepted’

Several companies have expressed their explicit disapproval of the legislation that would restrict the rights of trans people across America.

“MetLife is a purpose-driven company,” the company told Yahoo Finance. “That purpose — building a more confident future for all — informs and inspires our strong support for LGBTQ rights. We oppose any legislation that would limit the rights of the LGBTQ community.”

General Motors echoed a similar sentiment, stating it works with bipartisan groups like TechNet on a state-by-state basis, aligning with the coalition’s position in opposing anti-LGBTQ legislation.

“General Motors’ commitment to the LGBTQ community is at the core of our company’s policies. At GM, promoting a culture that is inclusive and free of discrimination on the basis of sexual orientation and gender identity, allows all team members to proudly be who they are at work — in an environment that is open, supportive, and empowering — where everyone is valued and accepted,” a company spokesperson told Yahoo Finance.

Meanwhile, JPMorgan Chase has been clear that it opposes legislation that discriminates against members of the LGBTQ community, a spokesperson told Yahoo Finance.

A representative for CVS Health says the health care giant has “consistently demonstrated support publicly for the LGBTQ community in a variety of ways,” including opposing the Trump administration’s decision to reduce health care protections for the trans community. CEO Karen Lynch posted on LinkedIn about overall support and commitment to the LGBTQ community last summer.

CVS Health vocalized disapproval of the statewide legislation in a statement to Yahoo Finance: “We strongly oppose legislation at the state or federal level that infringes upon the rights of the LGBTQ community and will continue to support this community through inclusive hiring practices, workplace policies and service to our diverse customers.”

Walgreens expressed support for LGBTQ equality, including transgender-inclusive healthcare coverage, and touted “15 years of perfect 100 scores on the Corporate Equality Index from the Human Rights Campaign.”

“We believe in equal opportunities for all and strongly oppose efforts that seek to oppress or exclude groups based on race, religion, gender identity, origin or orientation. Walgreens Boots Alliance is committed to ensuring safe and welcoming work and store environments where our team members and customers are treated with respect and dignity,” a Walgreens spokesperson said.

Companies that have not taken a position on the statewide measures

On a federal level, HRC spearheaded the Business Coalition for the Equality Act, which calls for a federal law providing the same protections to LGBTQ employees other protected groups have. Home Depot (HD), Chevron, Target, and Disney were part of a group of 420 companies that have supported this national initiative, but have not engaged on a state level.

Exxon Mobil responded to outreach about the bills with lament over partisan gridlock but did not take a position on the measures.

“Elected officials at all levels must work together to bridge this divide. They need to take the time to understand the differing points of view and find solutions that address the key issues. In short, they must demonstrate the leadership needed to work together and resolve complex issues that impact us all,” he added.

Last month, the Arkansas House and Senate overrode Governor Asa Hutchinson’s veto of HB 1570, which prevents doctors from providing any gender-affirming health care to transgender youth under the age of 18. Bentonville, Arkansas-based Walmart did not respond directly to requests for comment regarding the dozens of anti-LGBTQ bills being deliberated across the country, with at least six additional pieces of legislation in Arkansas. Instead, a company spokesperson shared an April 12 tweet from CEO Doug McMillon regarding an alternative to a hate crimes bill that was signed into law.

While the nation’s largest private employer has been notably silent on commenting specifically on the anti-LGBTQ legislation, the Walton Family Foundation shared a statement regarding the discriminatory laws.

“We are alarmed by the string of policy targeting LGBTQ people in Arkansas. This trend is harmful and sends the wrong message to those willing to invest in or visit our state…Arkansas has been called the land of opportunity because it is a place where anyone can think big and achieve the extraordinary. Any policy that limits individual opportunity also limits our state’s potential.”

Congratulations to those companies standing up for the rights of all Americans.