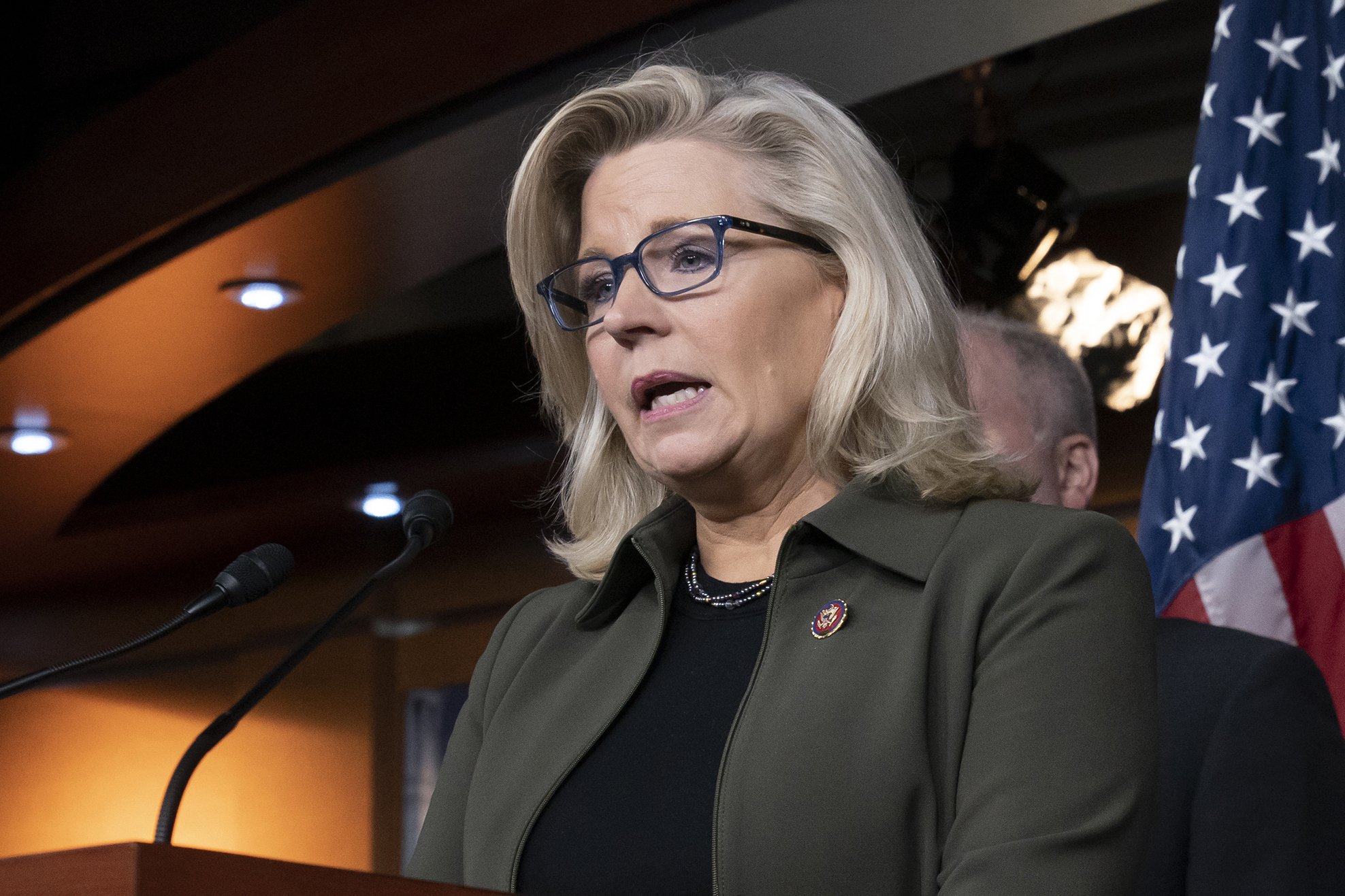 Representative  Liz Cheney of Wyoming, the third-ranking House Republican, said yesterday that anyone claiming the 2020 presidential election was stolen is “poisoning our democratic system.”

“The 2020 presidential election was not stolen,” Cheney, chair of the House Republican Conference, said in a tweet. “Anyone who claims it is spreading THE BIG LIE, turning their back on the rule of law, and poisoning our democratic system.”

A Cheney spokesman told NBC News that the congresswoman was responding to Doanld Trump’s statement from earlier in the morning, in which he said: “The Fraudulent Presidential Election of 2020 will be, from this day forth, known as THE BIG LIE!”

Cheney has refused to back down from her criticisms of Trump, despite growing pressure from other Republicans. She was the highest-ranking Republican to vote to impeach Trump for his role in egging on the Jan. 6 Capitol riot, and has been at odds with other members of House GOP leadership over embracing Trump and entertaining his election claims since then. She has repeatedly and forcefully rejected Trump’s stolen election lie.

Use of “the big lie” to describe Trump’s false narrative of a stolen election — a reference to a Nazi propaganda strategy — was popularized earlier this year. Soon after a pro-Trump mob attacked the Capitol in an attempt to block Congress from affirming President Joe Biden’s victory, the then-president-elect accused Trump, along with Sens. Josh Hawley, R-Mo., and Ted Cruz, R-Texas, who both led objections to certified state vote totals, of perpetuating “the big lie.”

During Trump’s second Senate impeachment trial, which began after the Democratic-controlled House charged him with a single count of incitement of insurrection, Democratic impeachment managers referred to “the big lie” repeatedly to describe Trump’s persistent election untruths.

“The big lie” refers to an idea perpetuated by Nazi propaganda minister Joseph Goebbels, who said if one repeats a significant lie enough, people will start to believe it.

Trump’s attempted commandeering of the phrase to fit his narrative on Monday, similar to his rebranding of “fake news” in the aftermath of the 2016 election, has been echoed by some conservatives. For example, Hawley has referred to “Biden’s big lie about election integrity.”

While Cheney has emerged as Trump’s most powerful House Republican critic, an attempt in February by Trump allies to strip her of her leadership post failed overwhelmingly, 145 to 61.

The lopsided vote came by secret ballot, indicating broad private support for Cheney inside the conference, even though many have been wary of speaking out publicly for fear of igniting the ex-president’s wrath.

Cheney’s position has her at odds with House Minority Leader Kevin McCarthy, R-Calif., who has tried to keep his conference aligned with the former president. After initially assigning Trump blame for the riot — though he voted hours after the attack to block the counting of some electoral votes for Biden — McCarthy has worked to get back into the former president’s good graces, including visiting Trump at his Mar-a-Lago club in Florida.

During a House GOP retreat last week, which was organized by Cheney, McCarthy refused to say whether she should remain a part of the House Republican leadership team.

“That’s a question for the conference,” McCarthy told reporters at the Orlando retreat, adding, “I think from a perspective, if you’re sitting here at a retreat that’s focused on policy and focused on the future of making American next century, and you’re talking about something else, you’re not being productive.”

Cheney is standing up to a disease in the GOP.  Trump and his supporters are poison to our country.  The sooner the Republican leadership understands that, the better off it and rest of us will be.