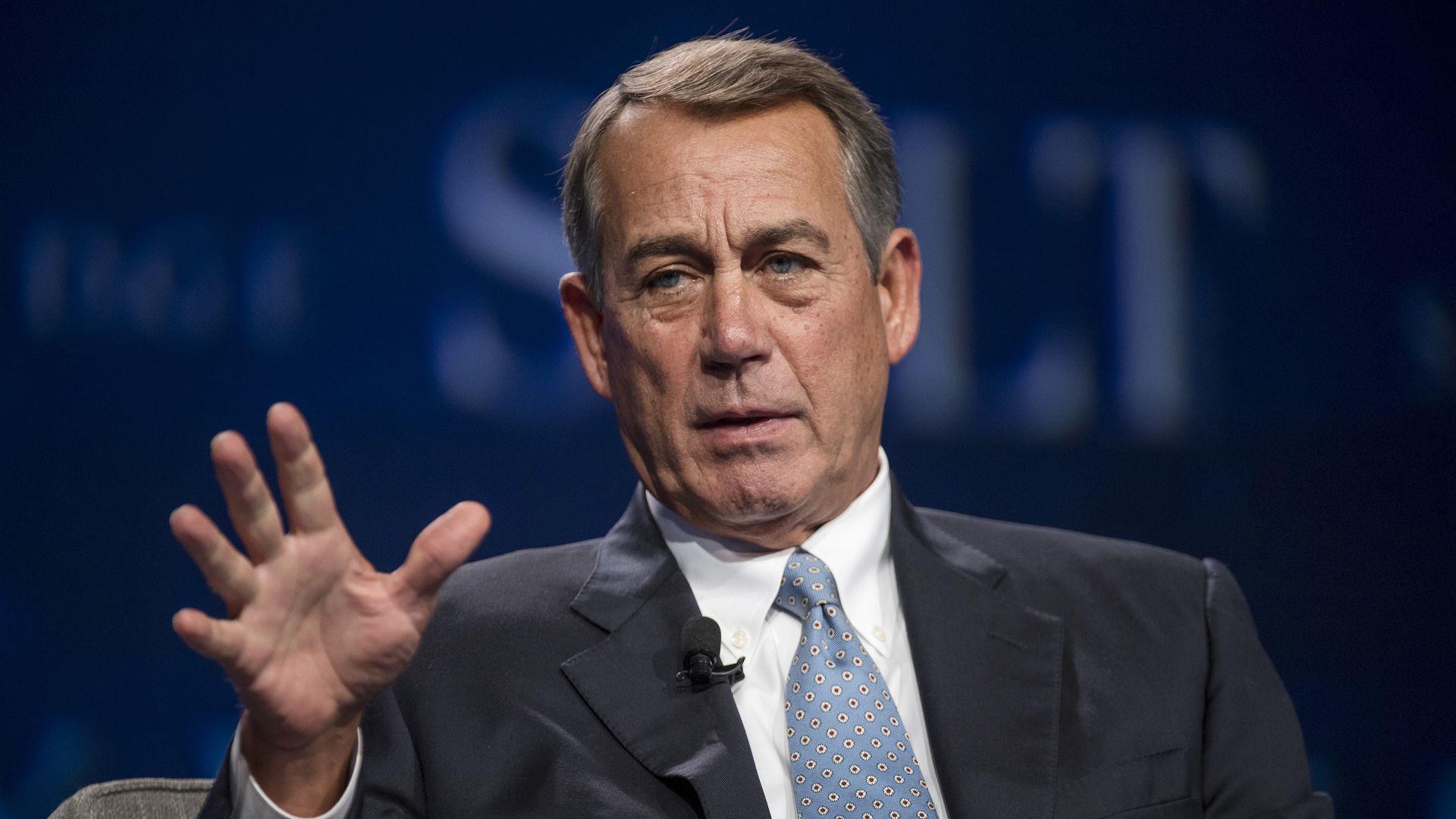 Former Republican House Speaker John Boehner skewers Donald Trump over the Jan. 6 riot at the U.S. Capitol in his forthcoming memoir, saying the former president is directly responsible for the incident, which left five people dead and more than 140 Capitol Police officers injured.

In an excerpt obtained by The New York Times, Boehner says that Trump “incited that bloody insurrection for nothing more than selfish reasons, perpetuated by the bullshit he’d been shoveling since he lost a fair election the previous November.”

The Ohio Republican, who left the House in 2015 after increased fights with the Tea Party wing of the GOP, also suggests that Trump was an actual terrorist.

“The legislative terrorism that I’d witnessed as speaker had now encouraged actual terrorism,” Boehner writes in the book, which is entitled “On the House: A Washington Memoir” and is due out later this month.

“I’ll admit I wasn’t prepared for what came after the election — Trump refusing to accept the results and stoking the flames of conspiracy that turned into violence in the seat of our democracy, the building over which I once presided,” he adds.

Elsewhere in the colorful book, Boehner rips Sen. Ted Cruz (R-Texas) as “a reckless asshole who thinks he is smarter than everyone else” and Fox News host Sean Hannity as a “nut.”

Mr. Boehner, whose tenure in the House Republican leadership coincided with the congressional obstruction of the Obama years and who was subsumed by the rise of the Tea Party and House members who were rewarded by conservative media appearances, writes that the G.O.P. must “take back control from the faction that had grown to include everyone from garden-variety whack jobs to insurrectionists.”

Boehner mostly laid low in Washington after leaving office, taking up a job as a lobbyist for a cannabis group. He was quiet during the last months of Trump’s presidency, speaking out only after the Capitol insurrection — and without criticizing Trump by name.

Boehner is going to sell books!